More and more refugees are flooding into the EU. European politicians appear hapless and helpless. Now, everything depends on Germany, says DW's Bernd Riegert, who wonders when Germany will close its borders. 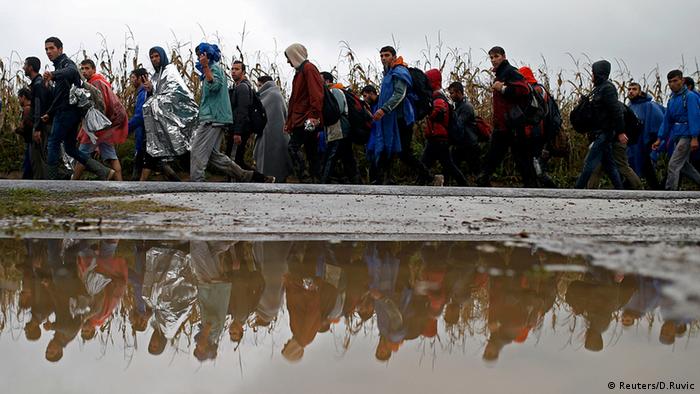 At last week's EU summit, political leaders acted as if they had arrived at a common policy toward refugees and the first solutions to the current refugee crisis were close at hand. Now, less than a week later, the facts on the Balkan route tell a different story.

There are no signs of European solidarity or the sharing of burdens to be seen anywhere. Every country is looking out for itself. Hungary, with the help of the Czech Republic and Poland, has resolutely walled itself off. Greece, Croatia, Slovenia and Austria simply push along soaked and freezing refugees as quickly as they can. EU candidate countries Macedonia and Serbia are doing the same. At the end of the line is Germany, which can hardly take in more refugees, and if one looks at examples such as the protestations of the Bavarian state government and recent opinion polls, it no longer wants to.

Rather than improving, the situation seems to have intensified, despite a number of decisions made in Brussels. The result is ever greater numbers of refugees choosing to embark on the journey to Europe, despite the absurd steeplechase at its borders. Their numbers are growing and not shrinking as European politicians imagined they would. Tens of thousands are now on their way to northern Europe from Greece. On Monday, the United Nations High Commissioner for Refugees registered the highest number of people arriving in Greece from Turkey for the year - some 30,000 in just three days. 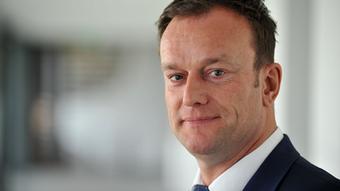 If the EU concept of outsourcing the problem to Turkey is to work, it will take months. But the Turkish government has already made clear that it will not simply take all of the refugees that Europe doesn't want. In an unspeakable comparison, the Turkish prime minister said that Turkey would not play Europe's "concentration camp."

The bitter reality is: European refugee policy over the last few months has failed and now risks sinking into utter chaos. The European Council helplessly speaks of common European solutions while trying to avoid assigning blame. Member states are a step further on that front. Croatia, Slovenia, Austria, Hungary and Greece are all blaming each other, with accusations of breaking European rules. Which rules? What is still binding?

The German chancellor declared the Dublin II regulation, which states that refugees must be registered in the country in which they first arrive, for dead. Austria, Hungary and the German state of Bavaria want the rule to remain in place so that they can send refugees back to their point of European entry. Greece, and in part Italy, have been ignoring Dublin II for years. Beyond that, no one has any idea of what Dublin II could be replaced with. Not even the chancellor.

Thus far, the vague concept of closing the border to Turkey and funneling refugees into large registration centers (hot spots) is only discernible as an outline. Further, it is questionable whether it can be put into practice at all. Its functioning would require that the border be secured, camps guarded and deportations to the EU's external borders be followed through rigorously.

The current state of lawlessness, which sees each EU state looking out for its own interests, cannot continue. As soon as Germany stops taking in refugees, the entire system of passing people along from state to state along the Balkan route will come to a screeching halt. Chancellor Angela Merkel has said that there will be no such stop. Nonetheless, if thousands of people continue to flow across the Bavarian border each day, at some point she won't have any other choice. If the situation continues to escalate, then it is also a matter of days until Bavaria closes its borders on its own - against the will of the federal government.

The people who suffer most directly from this chaotic situation are, of course, the refugees, who must serve as a political football to leverage policy in one direction or the other. What kind of situation is that? What happened to European values? During his summit speech on the subject, EU Commission President Jean-Claude Juncker warned that borders and fences were not acceptable in Europe. But the EU's solutions until now haven't worked either.

Slovenia's army has been called in to help border police deal with the flow of migrants coming from Croatia. The new security measures come after a marathon all-night emergency meeting in Ljubljana. (20.10.2015)

Migrants stuck at borders as officials squabble along Balkan route

Thousands of refugees waited for hours in the rain before entering Croatia, as officials struggled with a growing backlog. Slovenia has capped the number of arrivals, triggering a domino effect across former Yugoslavia. (19.10.2015)

A group of MPs in Angela Merkel's own party is drawing up a plan proposing fences at the German border, according to a newspaper report. The hardcore rhetoric adds more pressure to the chancellor's refugee dilemma. (19.10.2015)

Opinion: Boycotting Black Friday is a waste of time 19h ago