Opinion: EU Shouldn′t Be Fooled By Russia′s Charm Offensive | Europe | News and current affairs from around the continent | DW | 09.10.2008

Europe shouldn't give Russia too much credit for pulling troops out of Georgian buffer zones. The move doesn't go far enough in proving that Moscow wants to be a true European partner, writes DW's Ingo Mannteufel.

Ahead of his meeting with French President Nicolas Sarkozy in Evian, Russian President Dmitry Medvedev proudly announced that Russia -- as promised -- will pull its troops out of the Georgian buffer zone ahead of the deadline. The move is an attempt by Russia to show itself as a stable and constructive partner for the European Union and to make up for a loss of trust that has emerged over the past few months. 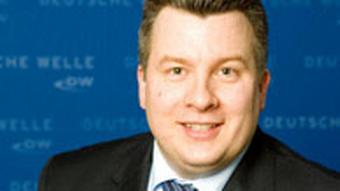 President Medvedev is able to present himself as relaxed and in control since Russia doesn't really lose much by withdrawing its troops from the buffer zone. The move doesn't play a role at all when regarded from the military's strategic point of view. The Russian army will continue to secure the Abkhaz and South Ossetian regions with 7,600 troops set to remain there for the long-term.

From a diplomatic-political standpoint, Russia also hasn't given an inch of ground with the troops' withdrawal. The principle of Georgia's territorial integrity continues to be held in disdain by Moscow's recognition of Abkhazia and South Ossetia's independence.

The pullout of soldiers from the buffer zone ahead of the agreed deadline should be seen as an expression of Russia's current strategy. Russia has achieved the preliminary goals it set for the conflict by militarily securing the breakaway provinces Abkhazia and South Ossetia and diplomatically recognizing them. Now Moscow is hoping to achieve even more by showing itself to be a constructive partner for the European Union.

But the fundamental problem remains. Russia took advantage of Georgia's aggression against the separatist regime in South Ossetia to recognize the independence of pro-Russian regions. By doing so, Moscow, for the first time since the breakup of the Soviet Union 17 years ago, violated the legal sanctity of international borders of territories that used to belong to the USSR.

This is not only a threatening situation for Georgia that won't please President Mikhail Saakashvili, it is also a dangerous development for the Eurasian continent.

These developments make a Caucasus stability package, which will hopefully be negotiated in Geneva next week by representatives from Russia, the EU and other involved parties -- including South Ossetia and Abkhazia and Georgia, absolutely essential. This is the only way to achieve lasting peace in the region. The European Union should makes its Russia policy dependent on constructive participation from Moscow during these talks -- not on the withdrawal of Russian soldiers from a buffer zone they created for themselves.

Russia has withdrawn troops from all checkpoints inside Georgia around the breakaway regions of South Ossetia and Abkhazia, Georgian and Russian officials said Wednesday. (08.10.2008)

Russian President Dmitriy Medvedev and German Chancellor Angela Merkel on Thursday were at odds over the Caucasus in opening statements delivered at an annual bilateral forum in St. Petersburg. (02.10.2008)