Opinion: Entering the endgame in Libya | World| Breaking news and perspectives from around the globe | DW | 22.08.2011

The regime of Moammar Gadhafi in Libya looks like it's about to collapse, and the rebels have already brought large parts of the capital Tripoli under their control. This is good news, says DW's Rainer Sollich.

Despite all the uncertainties, the apparent end of the Gadhafi regime is an occasion for joy. Forty-two years of brutal tyranny have come to an end. The Libyan people have a right to freedom and self-determination and are entitled to a dignified life free from torture, harassment and oppression. And they fought with great courage and sacrifice for these rights.

Without the support of the West, however, the military success would not have been possible. NATO airstrikes cleared the way. Otherwise, the Libyan rebels would have been hopelessly outnumbered. That does not diminish the rebels' major contribution, but it brings along a great responsibility.

The transition to democracy and civil society should be much more challenging than in Tunisia or Egypt, because under Gadhafi, Libya had neither a multi-party system nor any other functioning modern state institutions. The country must start from scratch. Therefore, Europe is well-advised to offer support here. It courted the tyrant of Tripoli too many times in the past, focusing on political considerations rather than the oppression of his people.

However, the Libyan people themselves bear the greatest responsibility. Their struggle has shown that a tyrant can be toppled by force if necessary - which also gives the opposition movements in Syria, Yemen and other countries new impetus. Fighting for the same rights, they also deserve the best possible support from Europe. 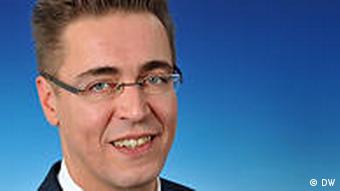 The Libyans, however, must now prove that they can work together to shape the future. The risks are not to be underestimated, such as the potential for conflict within the population. Indiscriminate revenge attacks on supporters of the former regime must be nipped in the bud; it would be poison for political renewal. The fragmented opposition has to organize itself into political parties. The tribes need to be included and reach a fair balance of interests. Therefore, a new constitution is necessary and democratic elections must be well-prepared.

As already seen to some extent in Egypt, all this will take time and could also lead to results that Europe will not like, such as a strengthening of Islamic forces. At best, Libya could also be a case study for Euro-Arab cooperation in the Mediterranean, if Europe succeeds in supporting the progress of democracy in Libya, without aggressively interfering in its politics.

Germany was not involved in the military actions against Gadhafi. Nevertheless, it would be desirable for Germany to take on a more active role when it comes to political cooperation.