Opinion: Democracy with an expiration date | Europe | News and current affairs from around the continent | DW | 08.07.2012

Opinion: Democracy with an expiration date

The latest political developments in Romania are being followed with concern in Germany. Berlin is worried about the ramifications for the rule of law, writes DW's Robert Schwartz. 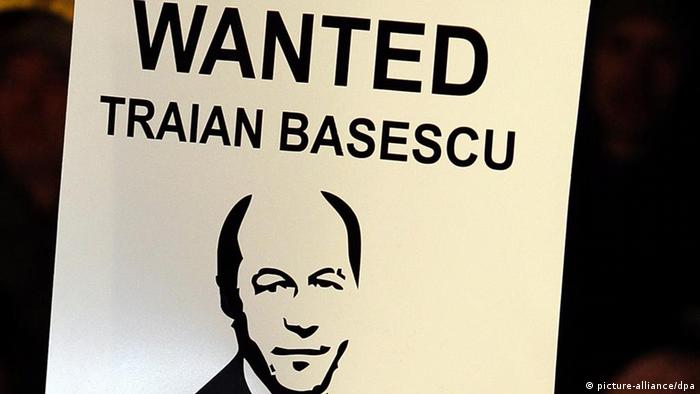 German Foreign Minister Guido Westerwelle told the newspaper, Frankfurt Allgemeine Sonntagszeitung, that he was concerned the political conflict in Romania was being carried out at the expense of "fundamental European values." He stressed that political developments, like those in Romania, could not be ignored.

Berlin and Brussels have signaled their unease over the impeachment of conservative President Traian Basescu by the Romanian parliament on Friday. Europe has finally woken up to the political crisis in the Balkan country.

In the capital, Bucharest, the country's leaders seem unperturbed by the political showdown and continue to hide behind a veil of pseudo-democratic parliamentarianism. The ruling leftist government alliance has a comfortable majority in parliament after several deputies from the conservative camp switched sides and the conservative's former coalition partner came out in support of Basescu's impeachment. 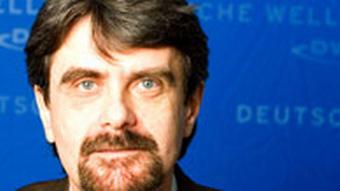 The accusations against the president are flimsy: he allegedly intervened extensively in official government business and tried to influence the judiciary. The fact is, he supported and shaped the strict austerity measures adopted by the former conservative government. As a result, Romania was less affected by the financial crisis than other member states of the European Union. As far as the judiciary is concerned: within the EU, Basescu is considered the guarantor of an independent judiciary in the fight against corruption. But, it is exactly this independence of the prosecutor's office and the judges that appears to be a thorn in the side of the new, left-leaning government. It is certainly no coincidence that a key member of the left-liberal alliance defined the subordination of the judiciary as one of the clear goals of the new coalition after assuming power.

The initiation of the impeachment process against the president, however, would not have been possible if the left-liberal alliance under Prime Minister Victor Ponta had not sidelined the country's most important democratic institutions ahead of time, or simply ignored their decisions.

By disempowering the Constitutional Court and taking away direct control of the court's official gazette – it was handed over to the government in hastily arranged proceedings – the conditions were created to quickly implement the stated political goal: the impeachment of the president. A referendum, scheduled for July 29, is supposed to round out the whole affair with a "democratic" legitimization. To this end, the Ponta government also changed the referendum law in another hastily arranged procedure. Until now, more than half of all eligible voters would have had to approve an impeachment; now, a simple plurality of votes suffices.

How Romania's electorate will respond remains an open question. In 2007, Basescu emerged stronger from a first impeachment process and referendum, but his poll numbers in the last two years have dropped due to his tough austerity policies. It is now up to Romania's democratic civil society to prevent a further erosion of the rule of law by its left-liberal government. The European Union must do its part and impose sanctions, if its own standards are not adhered to. If this does not happen, democracy in Romania will not survive.