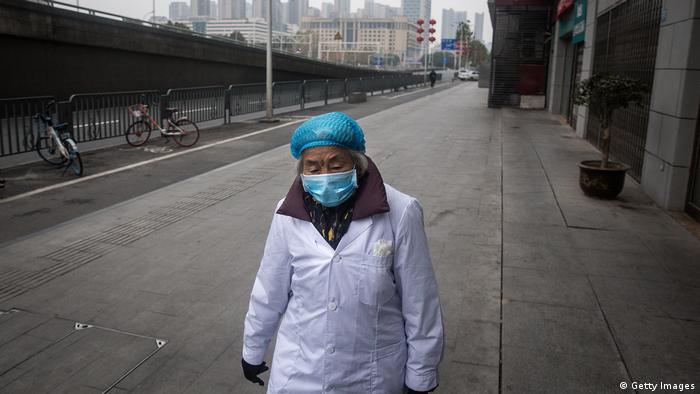 The coronavirus has China's elite firmly in its grip. President Xi Jinping has spoken of a "serious challenge." Prime Minister Li Keqiang wore a protective mask and went to the frontline in Wuhan to assess the scale of the epidemic for himself. A Politburo Standing Committee crisis meeting was broadcast on state television — on Chinese New Year, the most important holiday in the country, offering a rare view behind the scenes of the otherwise very secretive inner circle of power.

The message from Beijing was clear: We will do everything necessary to contain the virus that is spreading from China across the world! Xi also made a clear warning to his comrades, saying that anyone who tried to cover up the spread of the disease would be "be nailed on the pillar of shame for eternity." 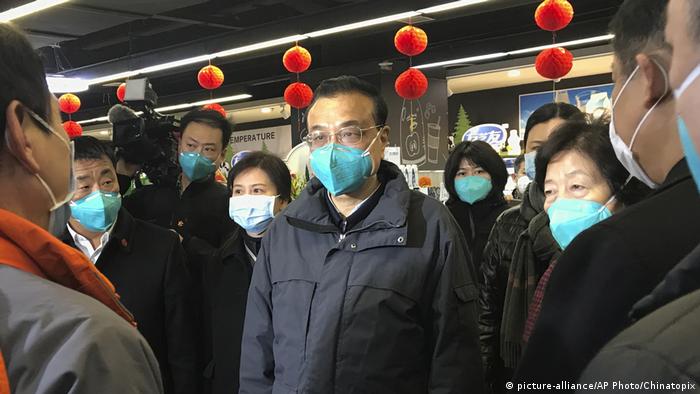 The scale of Beijing's measures so far is unprecedented. Only an authoritarian one-party state could have implemented them so rapidly: Some 56 million people are under quarantine and air, rail and long-distance bus traffic has been suspended in at least 14 cities. What is incredible is that there have been no demonstrations, let alone riots, in the regions affected. There seems to be a high tolerance amid the population for the government's draconian measures.

The authorities also canceled plans for the Spring Festival and long-awaited sporting events and closed off access to the Great Wall. A 25,000-square-meter (270,000 square-foot) hospital with 2,300 beds is due to be built from scratch in Wuhan and up and running by the beginning of February. Emergency measures costing the equivalent of over €100 million ($110 million) have been put in place in Hubei, which is the hardest-hit province. Hundreds of doctors and other medical personnel have already been sent to the area. The Spring Festival vacation will be extended and schools, and some businesses, will remain closed for longer than expected.

The situation was different with the 2002/2003 SARS outbreak: The scale of the epidemic was played down for months. By the time it had been brought under control, 800 people had died. Now, Beijing is providing information about the number of cases and casualties almost every hour. Even the construction of the new hospital is being live-streamed. 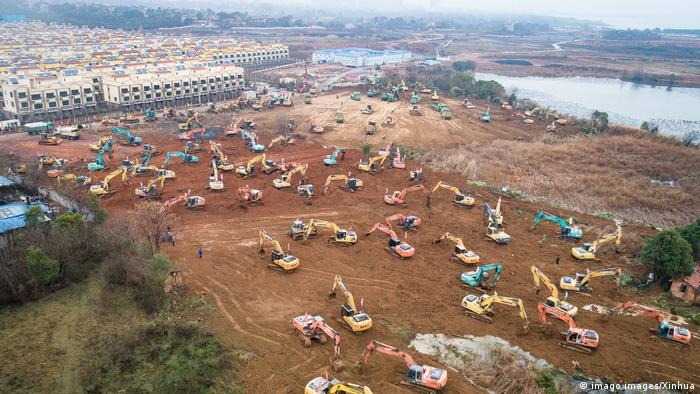 Work is underway to build a new hospital in Wuhan

Social media seems to be less censored than it has been for years and the coronavirus outbreak is the number one topic. Videos of overworked nurses are circulating, as well as outraged memes. In one of these, last week's spectacular New Year's TV gala is juxtaposed with scenes of stressed doctors eating instant noodles in barren rooms instead of celebrating. Such criticism is currently tolerated. Beijing has finally banned the wild animal trade as it should have done a long time ago. It is hardly difficult not to eat bats or snakes.

The epidemic is thought to have originated at the Huanan market in downtown Wuhan, where exotic wild animals were sold. The now-famous video of a woman eating a soup in which a bat is swimming, however, was not shot at this market — or even in China. It's from Palau, an archipelago in the western Pacific Ocean. The precise origin of the virus is still unknown, contrary to many claims. It is only likely that it was something similar to bat soup, which is still considered a delicacy in China.

Normally, online debates about such matters would not have time to develop as any controversial comments would be deleted immediately to avoid panic. Currently, however, the government has loosened its grip on the reins of control. It knows that damage control is crucial. If the authorities were to tighten their censorship at a time like this, the population's general uncertainty could easily turn to anger. After all, there is a limit to the trust of the Chinese in official statistics. There have been too many cover-ups in the past, from the milk powder scandal of 2008 to the Wenzhou train collision of 2011. 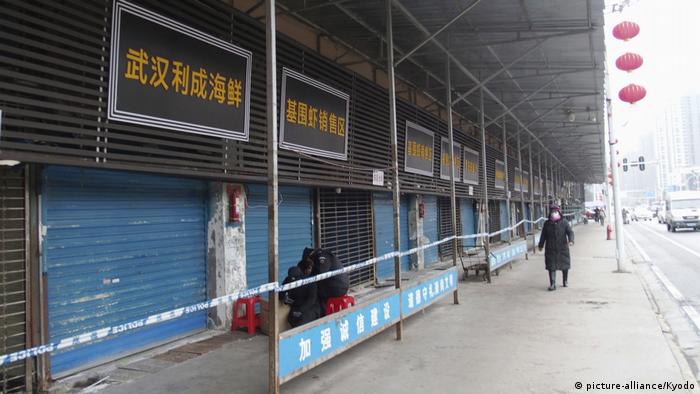 There is also no denying that there were some serious failures in Wuhan. The city's mayor, Zhou Xianwang, offered his resignation on Monday and admitted in an interview on CCTV that information was not made public early enough. This was a contemporary form of Maoist self-criticism, but he also delivered a courageous side blow to Beijing when he stated that, as a local politician, he would not have had the authority to release such information without approval from above.

Cohesion from the crisis, perhaps even progress?

China's tech companies are also doing everything they can to fight the crisis. WeChat has launched a new function so users can report suspicious incidents and also inadequate measures. The e-commerce platform Taobao has removed sales of face masks by firms trying to make money on the crisis. Streaming platform Douyin, known in much of the world as TikTok, is showing Spring Festival films that cannot be seen in cinemas shut down because of the crisis. At the end of the day, the crisis has also created solidarity. Most people in China do not think the government reacted in an exaggerated way. The World Health Organization has declared an "emergency in China" but not yet a "global health emergency."

It is still unclear how the epidemic will develop. The mortality rate is still well below that of SARS and other respiratory infections. By comparison, some 20,000 people die of the flu and its consequences each year in Germany. Worldwide, the figure lies between 200,000 and 650,000.

One thing is certain: Beijing's top priority is stability. Since the Chinese population does not elect its own government, Beijing has to deliver fast results if it wants to avoid protests and riots.

The epidemic's economic impact cannot yet be predicted. However, there has already been an effect on tourism and some major international companies, including France's Renault, US carmaker General Motors Japan's Honda, have also had to put a stop to their operations in Wuhan. Certain media outlets are predicting that China's economic growth in the first quarter could fall to below 5% because of the outbreak. SARS also had a significant economic impact, but, right now, all this is simply speculation. It is quite possible that the coronavirus will be contained soon. If it leads to a debate about improvements in the health system and animal welfare, or even about censorship, the crisis will have served to take China further.

DW columnist Frank Sieren has lived in Beijing for over 20 years.

Top US envoy to Afghanistan Khalilzad steps down 2h ago