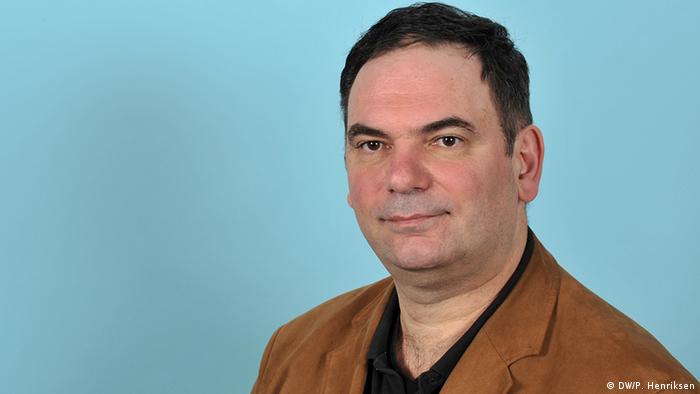 Unlike the other EU accession candidates, Serbia has had the image of being the "bad guy" knocking at the front door of an elite club and having to convince the powerful German doorman of its honorable intentions. But all club members that have often viewed Serbia as unruly - including Germany - are now attesting to its ongoing transformation.

Belgrade has since mid-2012 been governed by former Serbian nationalists, who enjoy a comfortable majority. Ironically, it was this Serbian government that signed a peace treaty with the former Serbian province of Kosovo, mediated under the aegis of Brussels. Thus it was also Serbia that also gave the EU a visible foreign policy success story - rare in Brussels. Now, the reward has come around.

German foreign policy politicians are fully aware of the strategic role Serbia plays in the Balkans. And this partly explains why the website of the German Foreign Office offers no clear assessment of the bilateral relations between Belgrade and Berlin.

While German-Albanian relations are described as a "close partnership" and those with Croatia are "excellent," Berlin diplomats see "support for Serbia's political and economic reform course" at the core of their relations with Belgrade. In the language of diplomacy, often what is not said remains the most interesting. In this light, relations with Belgrade can be seen as complicated.

Berlin has a critical view of Belgrade, and vice versa. The Serbs haven't forgotten the "merciful angel" - that was the three-month air campaign during which NATO, including with German participation, used internationally banned cluster bombs and uranium bullets to kill more civilians than soldiers.

Today, nearly two-thirds of Serbs support EU accession - but just as many are opposed to NATO membership.

Many of the main figures in the war, which ended 15 years ago, are either dead - such as the Serbian autocrat Slobodan Milosevic - or are writing their memoirs, such as former US President Bill Clinton, or former German Foreign Minister Joschka Fischer.

Compared with the propagandistic war cries that could previously be heard in western capitals as well as in Belgrade, the planned start of EU accession negotiations with Serbia in January 2014 is far more than just an administrative process.

Occasionally, Serbian nationalists accuse democratic Germany of an intention to pursue a "Fourth Reich" - a policy of Germany's continental dominance over Serbia. They point to Serbia's opposition in two world wars and to the continuation of Berlin's anti-Serbia policy, beginning in 1999.

Serbia's policies from the 1990s are not questioned in this line of thinking, not even for its responsibility in the genocide committed 1995 in Srebrenica. The majority of Serbs maintain a slightly more nuanced view of this.

But a latent skepticism of Germany, which coincides to large extent with that toward the EU, remains widespread. Belgrade policymakers know how essential relations with Berlin are for success of future talks with Brussels.

Serbia faces Herculean tasks. The country must deal with ailing finances, corruption and nepotism, a desolate infrastructure, and an inefficient and influenceable judiciary. The list is long.

The country is also at the center of strategic German development interests in the Balkans. Germany is the largest European provider of aid to the region, and its most important economic partner after Italy.

The current level of bilateral relations between Germany and Serbia will not suffice for the end phase of the EU negotiations. In the coming years, the reserved language and occasional publicly celebrated resurrection of "ugly Germany" image in the Serbia media will have to be replaced with an honest partnership and a sensitive approach.

The time has come to shed mutual mistrust. Because although the accession negotiations will technically be handled by Brussels, Belgrade's political road to EU membership leads to a great extent through enlargement-weary Berlin.

Serbia could become the 29th member of the European Union - accession negotiations begin on January 21. But the Balkan country’s path to membership isn’t easy; its relations with Kosovo are a sticking point. (20.01.2014)

Asylum seekers not welcomed by Serbians

In Germany, more Serbs than Syrians apply for asylum. But even Serbia grapples with refugees from Asia and Africa, amid increasing protests from the local population. (10.12.2013)

Mitrovica is a Kosovan city divided in two: Serbs live in the north, Albanians in the south. It's the flashpoint for Serb reluctance to be living in a Kosovan state. (19.11.2013)