Opinion: Afghanistan — all power to the Taliban?

The militant Islamist Taliban have named key members of their interim government in Kabul, and no one from outside the group is included. But their totalitarianism will not bring peace, writes DW's Sandra Petersmann. 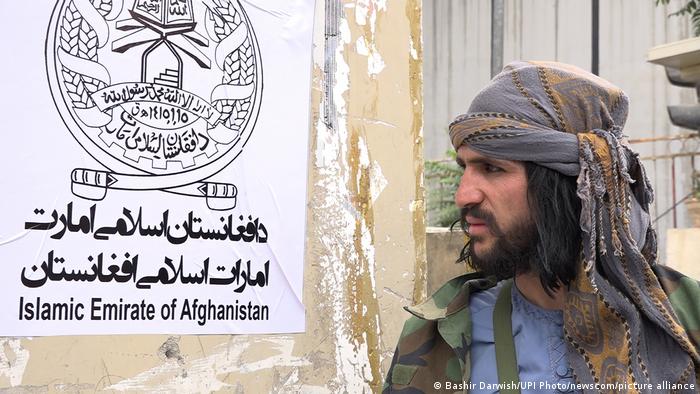 Afghanistan is rapidly sinking back into its former identity as a repressive Islamic emirate. For proof, look no further than its newly announced caretaker government.

To take just one of the men — because, of course, they are all men — in the Cabinet: Acting Interior Minister Sirajuddin Haqqani. He has been on the United Nations terror list since 2007. The FBI has a $10 million bounty on his head.

Haqqani is considered close to al-Qaeda and has been blamed for masterminding many major suicide attacks in Kabul, including the one on the German Embassy in May 2017.

But what do such personnel decisions by the Taliban mean for the everyday lives of the Afghan people? When I recently spoke on the phone with Afghan politician Habiba Sarabi in Qatar's capital, Doha, she told me that she feels like "dried grass on the water" — left to float around, completely at the mercy of the elements.

Habiba Sarabi was the first female governor of an Afghan province

In a shaky voice, she told me she is terrified of returning to her beloved home country — because she is a politically active woman. And because she belongs to the mainly Shiite Hazara minority. In predominantly Sunni Muslim Afghanistan, the Hazara are often marginalized. But the first Taliban regime, which was in power from 1996 to 2001, systematically persecuted them. Mass murder occurred in Mazar-i-Sharif in 1998.

Fear — the sword of Damocles over life in Afghanistan

Afghanistan once again appears to be on the path to becoming a country where women, minorities and dissidents have to become invisible in order to protect their lives. 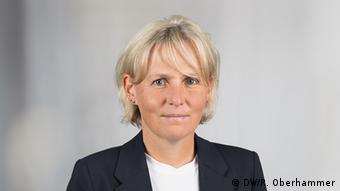 Sandra Petersmann has reported on Afghanistan since 2001

A person's sense of security depends not only on whether they are subjected to acute violence — but also on the knowledge that they could be a victim of violence at any time. And the perpetrators act with impunity because they have absolute power. That fear is now a sword of Damocles, hovering over everything.

Habiba Sarabi, the "dried grass on the water," was part of the Afghan state created by the US-led intervention after the September 11, 2001 terrorist attacks. She was the first female governor of an Afghan province. She was minister of women's affairs and a vice-presidential candidate. And she was one of the four women who, until a few weeks ago, had been negotiating with the Taliban in Doha.

But the Taliban defeated and abolished the Islamic Republic of Afghanistan, which Sarabi championed. In their Islamic emirate, women no longer hold political office. There is also no trace of any male representatives of the now-defunct order — despite all the Taliban's assurances that they would build an "inclusive Islamic system."

The new Taliban regime is an absolutist government of the victors. Without any other political voices. Without any of the "losers." In this way, the fundamentalists are repeating the catastrophic mistake of the international community. The US and its allies had also arrogantly refused to negotiate with the battlefield losers — the toppled Taliban — at the end of 2001.

Fighting and governing are very different

The result is well known: The war in Afghanistan escalated. US and NATO forces took it to the Afghan villages, and the civilian population paid the price. After 20 years, the international troops eventually left the battlefield like beaten dogs, and the Taliban now revel in their victory over the superpower.

But triumphing in battle is very different from ruling an impoverished, multiethnic country of around 38 million people in the 21st century. There is already armed resistance. There are also peaceful street protests by brave women and men. The anti-Taliban fighters and protesters are filming with their smartphones and sending their videos to a global audience. Their voices do not and will not go unnoticed.

The plight faced by the people of Afghanistan is staggering. Millions suffer from hunger and millions are internally displaced, uprooted by ongoing drought, insecurity and violence. The UN has warned of a humanitarian catastrophe, of a new Afghan refugee movement.

Financial aid from the international community, on which Afghanistan is completely dependent after a total of four decades of war, has been frozen since the Taliban took power. The economy is collapsing, humanitarian aid is faltering. It would be the first duty of a new Afghan government to help and protect its people. 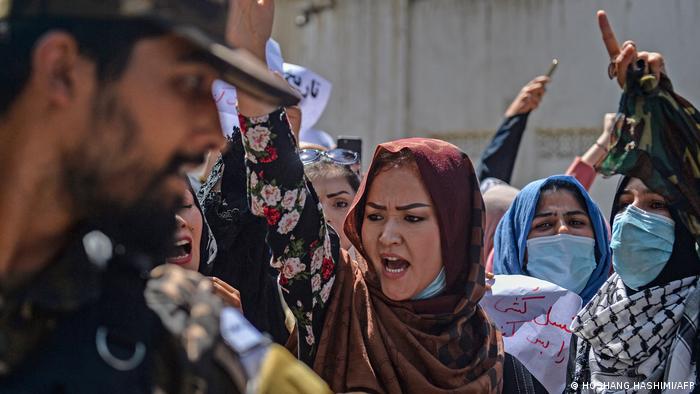 Afghan women have taken to the streets in Kabul, and shots were fired to disperse them

And what are the Taliban doing? Breaking up peaceful demonstrations with brute force. Seeking a decisive battle in the Panjshir Valley. Punishing journalists and destroying their equipment. Banning music. Telling female students how to cover themselves. They continue to deny deadly acts of revenge, despite mounting evidence.

A recipe for disaster

The militant Islamists won't be able to rule the country solely with violence, repression and bans. Nor with ignorance, whitewashing and lies. The defeat of the former Soviet Union and the Western democracies on the Afghan battlefield are very telling lessons.

The attempt at democracy in Afghanistan has failed because it was implemented in a one-sided, ignorant, halfhearted and power-hungry manner. The Taliban's new attempt to turn Afghanistan back into a totalitarian emirate is a surefire recipe for accelerating the unfolding disaster. Hunger, injustice and despair are dangerous enemies — even for supposedly absolute victors.

The Taliban was aware of the departure of four Americans overland, officials have said. The news came as US Secretary of State Antony Blinken arrived in Qatar for emergency talks.

Sirajuddin Haqqani was put on the UN's Sanctions List in 2007

Kuwaiti government steps down 19m ago

What awaits the people in Russian-annexed Ukraine? 26m ago