Afghanistan′s repressed minority faces a hostile Taliban | Asia | An in-depth look at news from across the continent | DW | 01.09.2021

Following the Taliban's power grab, members of the Hazara minority fear that they will be targeted. Those who can, escape. Others are joining the armed opposition. But for many, there is no way out. DW reports. 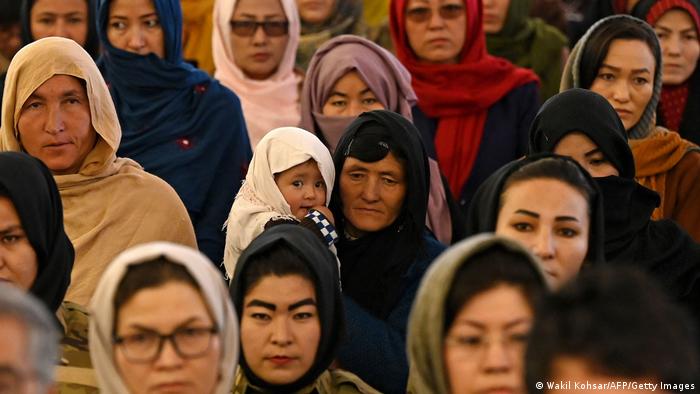 The Hazara minority fears a brutal crackdown by the Taliban

As Taliban fighters patrolled Kabul's streets, a terrified 19-year old — hidden away at home like countless other women and girls — turned to her beloved movies for solace.

Her current favorite, she said, was "V for Vendetta": set in a dystopian future, it features a lone freedom fighter, plotting to overthrow an all-powerful, Orwellian tyranny.

But instead of offering comfort, hope even, the movie just made her feel more depressed, she said, as she painfully recalled how different her life had been when she last watched it: Then she was a final-year high-school student, who planned to study photography at university.

She loved to dance to Afghan music and would spend hours on end in coffee shops, drinking milkshakes and chatting with friends.

Often, she would take off her scarf, as they relaxed and laughed.

Taliban celebrate end of US mission in Afghanistan

But suddenly, everything changed.

When DW spoke with her, she had not left her house in two weeks, ever since the Taliban swept into Kabul. She was wracked by anxiety — and despair.

Her life, she said, her voice breaking, was "ruined."

Born in 2001, the year the Taliban regime fell, she had heard relatives speak of their brutal rule, characterized by public executions, widespread hunger, a ban on music and education for girls.

And, above all, they had told her terrifying tales of massacres, forced conversions and persecution of Hazaras.

For her family belongs to an ethnic group made up of predominately Shia Muslims that accounts for up to 20% of the country's population. For decades, Hazaras have been discriminated against.

Their distinct features make them easy prey for Sunni hardliners, both Taliban and the "Islamic State," (IS) that consider them infidels. 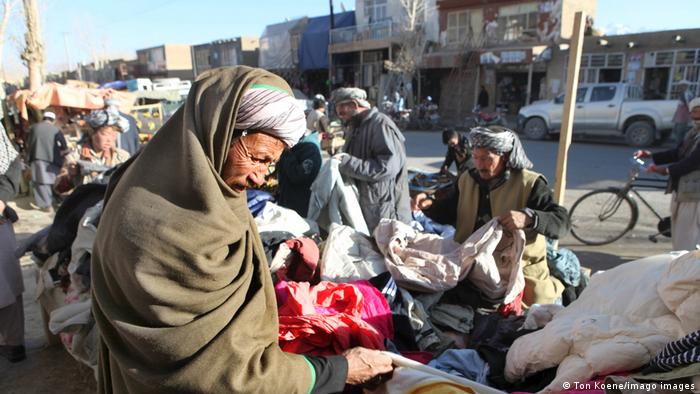 Many Hazaras live in Bamyan

Following the fall of the Taliban, their situation improved. Some Hazaras rose to prominent positions in politics and society, including the office of vice president.

The period also saw a flourishing of Hazara civil society and advances in education, despite entrenched discrimination — and several terror attacks, including one on a maternity hospital in Kabul last year. So far, no group has claimed responsibility for the attack, although many foreign governments point to IS perpetrators.

To assuage fears of a return to their brutal rule, the Taliban have put on a show of moderation. Spokesmen have repeatedly vowed to refrain from retributions and to respect the rights of women and minorities.

They even made a point of sending representatives across the country to secure Afghanistan's Ashura processions this month. The annual mourning ritual is undertaken by Shiites every year to commemorate the martyrdom of the Imam Hussein, the grandson of the Prophet Muhammad. Hardline Sunni groups view it as heresy.

Many Hazaras believe the group's self-professed inclusiveness is little more than propaganda aimed at the international community, whose development aid is a lifeline to prop up an economy teetering on the edge of collapse.

DW spoke to several Hazara men and women still in Afghanistan — none of them believed the assurances. Mahdi Raskih, a Hazara parliamentarian until the Taliban captured the capital, told DW that Hazaras face "ethnic and religious persecution" by the militant group.

They were, he added, "in mortal danger."

Airlift brings some Afghans to safety, leaves many behind

Massacres and a harrowing message

Amnesty International's latest findings seem to prove their worst fears. On-the-ground researchers documented brutal killings of nine Hazara men in Ghazni province in central Afghanistan, which took place in early July. Six of the men, according to the report, were shot; three were tortured to death by Taliban fighters.

The killings, Amnesty's report goes on to say, likely represent "a tiny fraction of the total death toll inflicted by the Taliban to date," as the group had cut mobile phone service in many of the recently captured areas, effectively controlling which photographs and videos are then shared from these regions.

Eyewitnesses who capture images on their phones are often too scared to keep them, lest they be found with evidence.

Habiba Sarabi, a Hazara political leader, told DW she had proof of more atrocities but could not share the details, as it might endanger surviving eyewitnesses. Sarabi was the first female governor of Afghanistan and one of four women representing Afghanistan in the negotiations with the Taliban in Doha.

When DW spoke with her, she was still reeling from the Taliban's takeover. She was, she said, "in shock."

Soon after the interview, Sarabi sent a link to a short, grainy video, which showed two Taliban fighters. Speaking into the camera, one of them says they are waiting for permission from their leaders to "eliminate" all Hazaras living in Afghanistan.

While DW was unable to verify the video, it nevertheless has been shared widely among Hazaras to whom it sends a chilling message.

"I'm numb," one Hazara told DW after watching it. It had taken her breath away, she said.

The looming resurgence of the "Islamic State-Khorasan" (ISI-K) following the withdrawal of US forces and de facto collapse of the Afghan army represent yet another threat.

Many fear that once the international community and media attention have shifted elsewhere, the Taliban will start a campaign against those who could lead a Hazara resistance.

A call to arms

One of them is Zulfiqar Omid, a former lawmaker turned resistance leader. He told DW he had established an armed Hazara resistance in Central Afghanistan, comprising some 800 regular fighters and 5,000 volunteers. 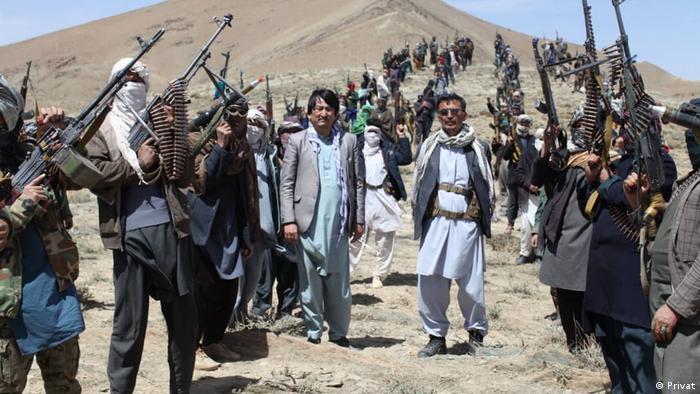 He had exhausted all other avenues, pleading with foreign governments to not abandon Afghanistan to the Taliban, he told DW in a recent WhatsApp call from an undisclosed location.

"Everyone claimed the Taliban is modern, it's changed," he said. "But it hasn't changed — the killing, the violence has increased." His men were "standing against terrorism," he said, fearing that new terror networks would now emerge in Afghanistan under the Taliban's leadership.

The Hazara resistance leader said he had recently held talks with Ahmad Massoud, whose father, an ethnic Tajik, became famous for leading the resistance against the Soviets in the 1980s and then the Taliban.

He was killed in a suicide bombing in 2001, but his son now leads the fight against the Taliban in Panjshir. 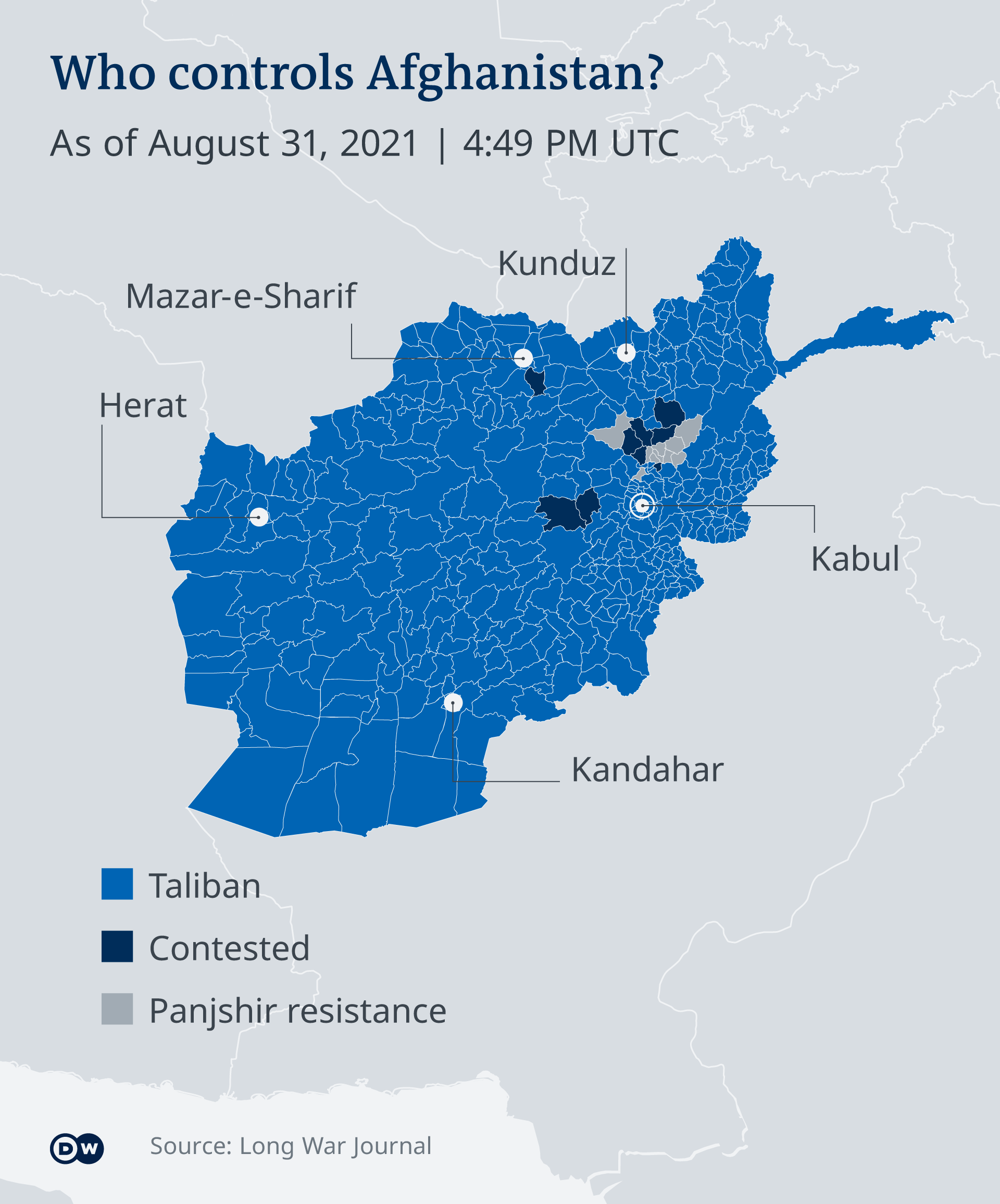 For now, the mountainous province north of Kabul is the only part of Afghanistan that has so far resisted the Taliban's sweeping offensive. Surrounded by mountains, the small valley has held out against both Soviet and Taliban invaders in the past.

Zulfikar Omid said Tajik and Hazara forces would unite against the Taliban, which is now equipped with state-of-the-art American weapons originally intended for the Afghan army.

While he admitted that the resistance fighters' weapons, readily sourced from a burgeoning black market and even Taliban sources, might not be the most modern, he said the men's "willingness" and desperation made up for it. 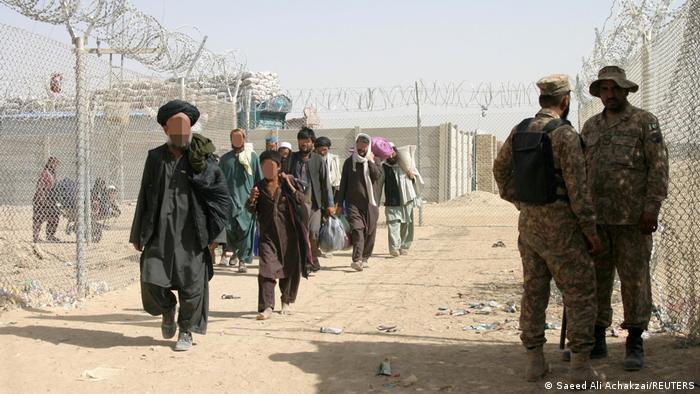 Hundreds of Hazaras have found refuge in Quetta's mosques

But the Hazara armed resistance could "be a recipe for disaster," fears Niamatullah Ibrahimi, a lecturer at La Trobe University in Australia and author of The Hazaras and the Afghan State.

The Taliban could easily impose an economic blockade on the Hazara regions, he said, leading to mass famine. It may also result in more widespread massacres and revenge acts against the community.

Many Hazaras are fleeing, among them most of the well-educated, and that exodus would, Ibrahimi said, result in the Hazaras losing their voice in Afghanistan.

Up to 6,000 refugees, among them many Hazaras, have already made their way to Quetta in Pakistan, a city with a sizeable Hazara community, according to sources on the ground.

Many are being housed in local mosques, others by local residents.

DW spoke to one man, a 27-year-old laborer from Nimroz province in southwest Afghanistan, who had fled to Quetta in mid-August.

The man had found refuge with a local mechanic, who had said he had taken in the man and seven other family members, including one child, as he had a spare room.

When the Taliban arrived in Nimroz, the Afghan man said, "everyone started running, trying to leave the country." The Hazara face persecution by the Taliban

At the border, he noted, there had been "chaos." The family had to bribe officials to cross into Pakistan, although the man was unsure whether they were Pakistani or Afghan border guards.

Pakistan has its own history of bloody sectarian violence against religious minorities, including Shiites. But, he said, as long as the Taliban rule Afghanistan, they would not return.

Back in Kabul, the 19-year-old Hazara woman was equally desperate to flee the Taliban's rule, even though her family did not qualify for evacuation.

So far, while civil society activists, journalists and those who have worked for foreign militaries qualified for evacuation, the Hazaras as an ethnic group have not been awarded such status by any foreign government.

They are, desperate Hazara men and women told DW, left to fend for themselves.

The avid cinephile, whose WhatsApp profile showed a smiling young woman, her scarf pushed back to reveal her long hair, was terrified she would no longer be able to continue her education under the Taliban.

"As a woman, an uneducated woman, the only thing expected from you is to bear children, to be a sex slave," she said, sobbing.

She did not appear to harbor any hope that a freedom fighter would swoop in to save her and topple the regime, like in her favorite movie.

She continued to cry, then tried to compose herself. "You cannot run away from the Taliban in Afghanistan," she said quietly.

DW's Shah Fahad in Pakistan and Sandra Petersmann in Berlin contributed to this report. Lewis Sanders contributed as an editor.

Looking back on Germany's involvement in Afghanistan

Leaving Herat for a better future