Afghanistan is in mourning after a bomb attack on a Kabul school killed 68 people — mostly young girls. Families have begun burials for their loved ones while others continue to desperately search for missing children. 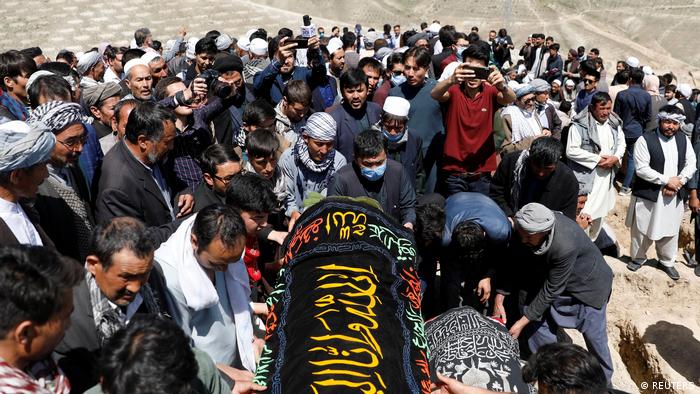 Most of the victims of the school blasts were young girls

Dozens of young girls were buried Sunday at a hilltop cemetery in the Afghan capital of Kabul, a day after a series of explosions outside a girls' school.

Bodies in wooden coffins were lowered into graves one by one at the "Martyrs Cemetery," where victims of attacks against the Hazara ethnic minority community are laid to rest,  French news agency AFP reported.

The death toll from Saturday's bomb attack in the Dasht-e-Barchi neighborhood of western Kabul has surged to at least 50, officials said on Sunday.

The number of wounded climbed to more than 100, according to Interior Ministry spokesman Tariq Arian.

No group has yet claimed responsibility for the explosion, but the Afghan government has said the Taliban were behind the blast.

The Taliban denied involvement, saying they have not carried out attacks in Kabul since February 2020, when they signed a deal with Washington agreeing to peace talks and a withdrawal of the remaining US troops.

"I rushed to the scene [after the blasts] and found myself in the middle of bodies, their hands and heads cut off and bones smashed," Mohammad Taqi, a resident of Dasht-e-Barchi, told AFP.

His two daughters were students at the school but had escaped the attack.

"All of them were girls. Their bodies piled on top of each other," he said. 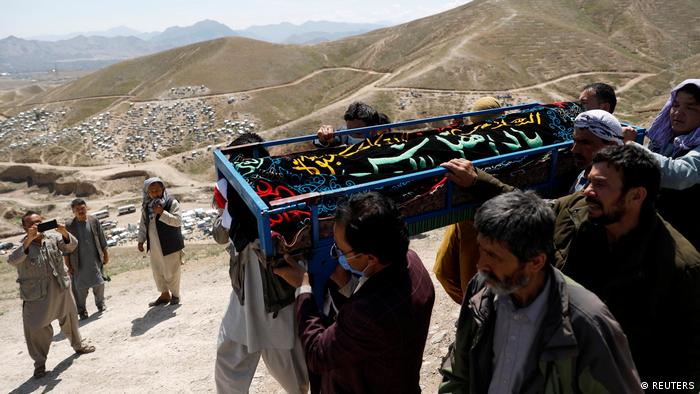 Relatives of missing children gathered outside hospitals to read names posted on the walls, and checked morgues.

"The entire night we carried bodies of young girls and boys to a graveyard and prayed for everyone wounded in the attack," said Mohammed Reza Ali, a volunteer helping families of the victims at a private hospital.

"Why not just kill all of us to put and end to this war?" he asked speaking to news agency dpa.

Last week, students at the secondary school in west Kabul had protested about a shortage of teachers and study materials, said Mirza Hussain, a local university student in the area.

"But what they got [in return] was a massacre." 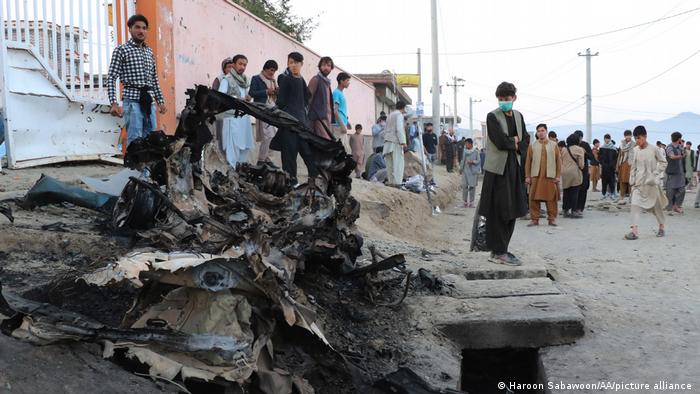 The girls' school was targeted by back-to-back blasts

The blasts marked the bloodiest attack in Afghanistan in over a year. The attack shook the neighborhood of Dasht-e-Barchi, home to a large community of Shiites from the Hazara ethnic minority which has been targeted in the past by the "Islamic State" (IS), a radical Sunni militant group.

In 2018 and 2020, the neighborhood was hit by a series of deadly attacks targeting schools, a sporting club and a maternity ward. Most of the attacks have been claimed by an IS affiliate group operating in Afghanistan.