Armed men have attacked a medical clinic in the Afghan capital. It was not immediately clear who was behind the attack. 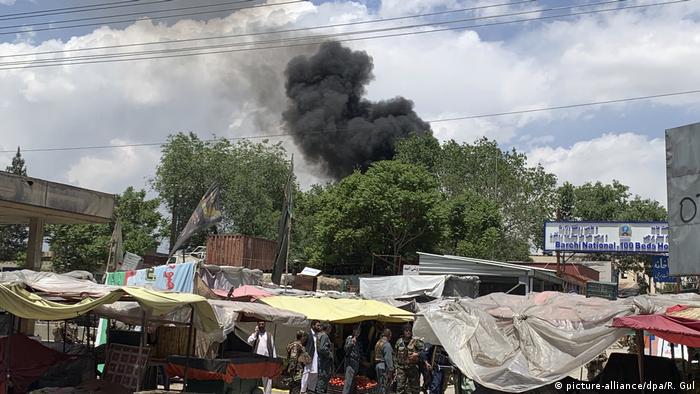 Gunmen stormed a Doctors Without Borders medical clinic in the western part of the Afghan capital city of Kabul  on Tuesday, setting off a gun battle with police and security forces, according to the Afghan Interior Ministry.

At least 13 people — including two infants — were killed in in the attack on Dasht-e-Barchi Hospital, and 15 others were wounded, officials said.

"Our special forces are in the area," said Marwa Amini, a spokeswoman for the ministry, adding that special police units have cordoned off the site and are trying to bring the situation under control.

There was no immediate claim of responsibility, however the Taliban denied it was behind the attack.

The Interior Ministry said that more than 80 civilians including children were rescued by special police forces. Pictures released by the ministry showed security forces rescuing babies, women and medical workers from the hospital.

The deputy health minister may have been visiting the clinic at the time, an interior ministry source said.

Doctors Without Borders, also known by its French name Medecins Sans Frontieres have not yet commented on the matter. The humanitarian organization runs a maternity clinic at the hospital.

A paediatrician who fled the besieged building told the AFP news agency that he heard a loud explosion at the entrance of the hospital. "The hospital was full of patients and doctors; there was total panic inside," he said.

Read more: US refuses to release data on Taliban attacks in Afghanistan — watchdog

An anonymous security official said gunfire and an explosion were heard after two or three assailants in military uniform entered the hospital, the German Press Agency reported.

Video footage shared on social media showed trails of white and black smoke rising from a hospital in Kabul's Dashti Barchi, a mostly Shiite neighbourhood that has been the target of past attacks by Islamic State militants.

However, it was unclear why the hospital, a 100-bed facility that provides health services to the area, was targeted.

Both the Taliban and the Islamic State are active in and around Kabul and have been known to target security forces and the military, as well as civilians.

The Taliban say they are refraining from attacking urban centres and that their operations are aimed at government security forces. 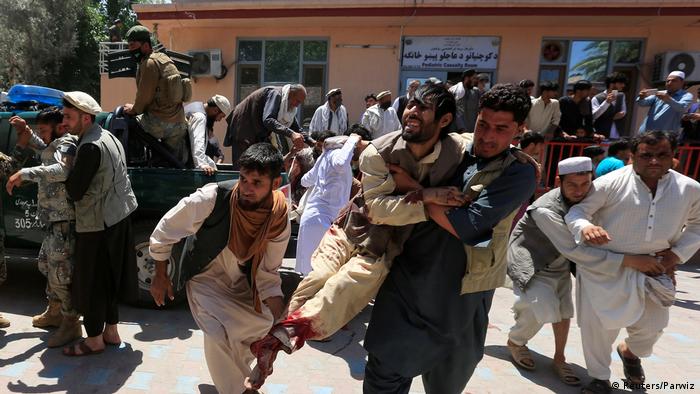 The Afghan government also reported on Tuesday a number of fatalities following a suicide attack at a funeral of a police commander in the east of the country.

At least 50 people were wounded in the attack. The funeral was also attended by government officials and Hazrat Ali — a member of parliament  — who survived the attack.

The Taliban also denied responsibility for the suicide attack. The attack took place in the Khewa district of Nangarhar province on the border with Pakistan where Islamic State militants are known to operate.

Health experts warn that the pandemic could have devastating consequences for the war-ravaged nation. Without a unified response and access to enough tests and ventilators, it risks facing a highly deadly outbreak. (22.04.2020)

One year after the US pullout from Afghanistan, many veterans believe that America did not leave the country with honor. DW's Stefan Simons met two service members who are still trying to help and support Afghan friends and comrades in every possible way.