Thousands of Taliban fighters have reportedly swarmed into the Panjshir Valley in Afghanistan. Resistance forces in the last major holdout against the Taliban say they're still fighting the group.

Taliban spokesman Zabihullah Mujahid said on Monday the group had taken control of Panjshir province, albeit to face immediate disagreement from the rebels in the region.

"Panjshir province completely fell to the Islamic Emirate of Afghanistan," Mujahid wrote in a statement on Twitter, saying some enemy fighters had been killed and others fled the fighting.

Resistance fighters in Panjshir are or were the last major group contesting Taliban forces since they swept across most of the country over the last three weeks.

The resistance forces have banded together under the so-called National Resistance Front of Afghanistan (NRFA).

Mujahid also told reporters at a press conference in the capital, Kabul, that the "Afghan forces were trained in the past 20 years will be asked to rejoin the security department alongside Taliban members." He added that any insurgency against their rule would be "hit hard."

The NRFA said soon after Mujahid's comments that the claims by the Taliban to have taken control of the province were "false," despite pictures on social media showing Taliban fighters standing in front of the gate of the Panjshir provincial governor's compound.

"What the Resistance Front is saying is that their fighters are still in the mountains and that they might launch counterattacks," journalist Franz Marty told DW. "One spokesman for the resistance has also referred to the Soviet occupation where the Red Army several times also went into the Panjshir Valley, took the villages, but was then again driven out by guerrilla counterattacks."

Both Taliban and resistance forces claim control over Panjshir

The NRFA said their fighters were "present in all strategic positions across the Panjshir Valley" and would continue the fight on Monday.

The NRFA is led by former Vice President Amrullah Saleh and Ahmad Massoud, the son of renowned anti-Taliban fighter Ahmad Shah Massoud, who was killed in a suicide bombing just days before the 9/11 attacks.

Massoud was defiant and would not admit defeat. In light of the Taliban's announcement, he wrote on Twitter that "we are in Panjshir and our Resistance will continue," but did not reveal his whereabouts.

The Taliban reportedly entered the valley late on Sunday night, according to The Associated Press news agency. Thousands of fighters overran eight districts of Panjshir on the intervening night between Sunday and Monday, AP reported citing witnesses from the area. 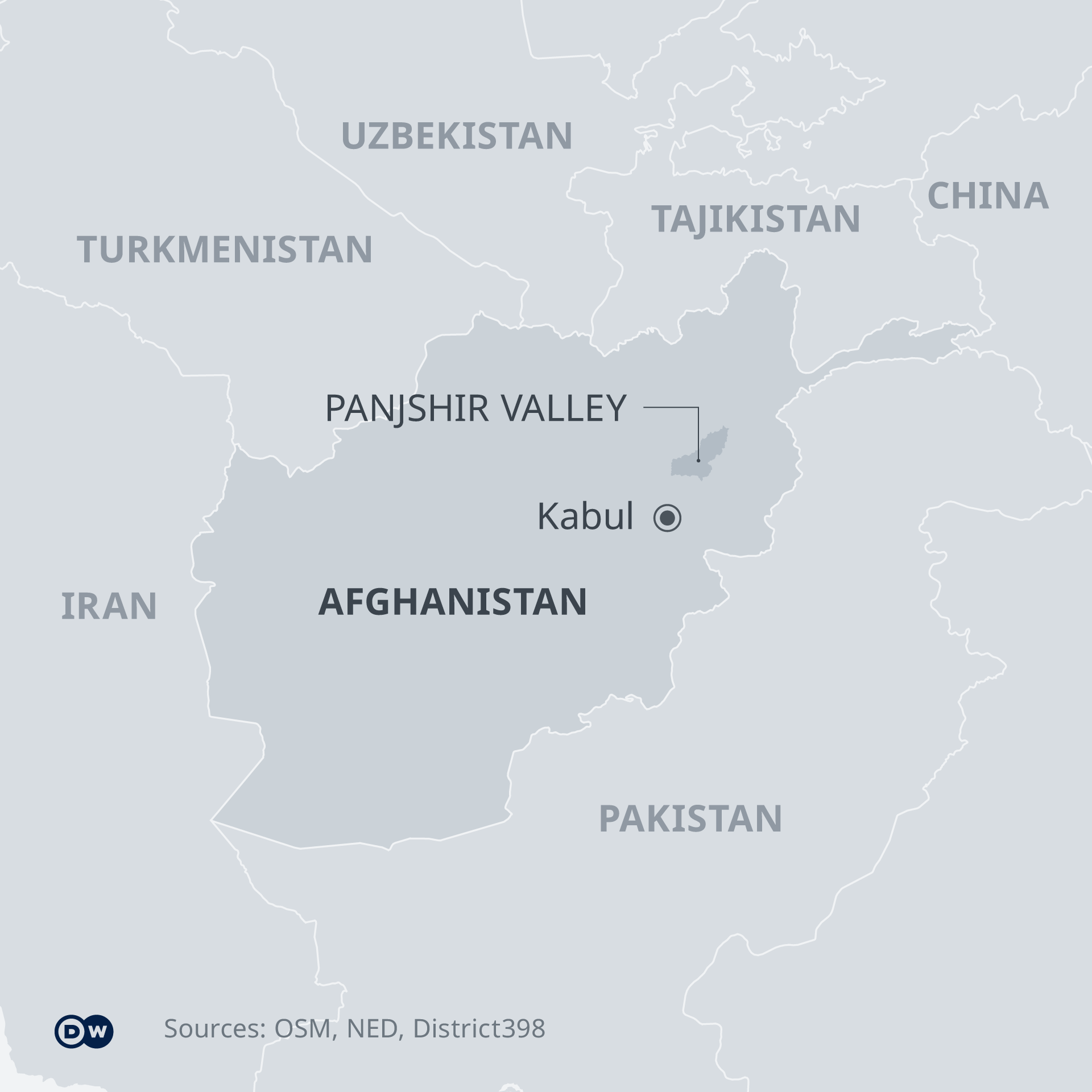 The province to the north of Kabul has a history of resistance, against the Soviets and the Taliban alike

The Taliban have repeatedly sought to claim a definitive end to the fighting in Panjshir Valley in recent days, but this was the first time one of their leaders had put their name to the comments.

Most notably on Friday, Taliban sources told multiple news organizations off the record that they were in full control of the area. Several pro-Taliban Twitter accounts aired video clips purporting to show that the new rulers had captured tanks and other heavy military equipment inside the valley.

These reports even led to heavy celebratory gunfire in Kabul on Friday night — a premature celebration, as it transpired.

What is the importance of Panjshir?

Panjshir held out for nearly a decade against the Soviet Union's occupation in the 1980s and also the Taliban's first rule from 1996-2001.

"We will never give up the fight for God, freedom and justice," Massoud wrote on Facebook on September 4. This followed earlier unverified reports, not uncommon in recent days, that the Taliban had taken full control.

The NRFA had said in August that the Taliban "propaganda machine" was trying to spread distracting messages and that it had pushed Taliban forces back from another part of the valley.