The 14 members of the cartel have decided to extend oil output cuts until the end of 2018 under efforts to curb a global glut of crude. OPEC also said it could exit the deal earlier if the market overheats. 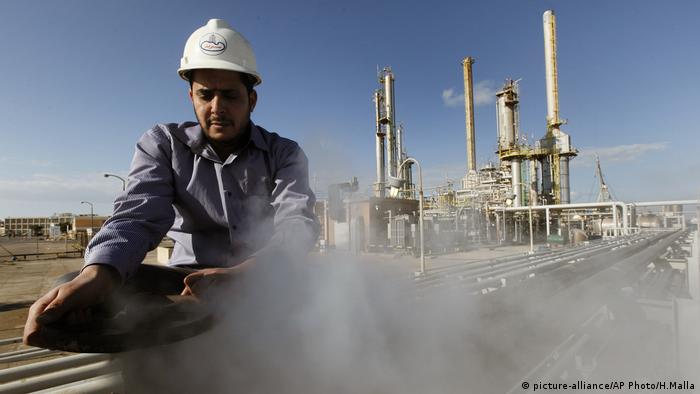 The 14 members of the Organization of the Petroleum Exporting Countries, widely known as OPEC, and non-members such as Russia, were meeting in Vienna on Thursday to confirm the details of an existing deal, which expires in March 2018. The US, another major global crude oil producer, was not involved.

Iranian Oil Minister Bijan Zanganeh told reporters OPEC had agreed to extend the cuts by nine months until the end of 2018. OPEC also decided to cap the output of Nigeria and Libya at 2017 levels without deciding on figures, he added. Both countries have been previously exempt from cuts due to unrest and lower-than-normal production.

The OPEC meeting was followed by talks with non-OPEC producers led by Russia. Russia, which this year reduced production significantly for the first time, is pushing for a clear message on how to exit the cuts so the market doesn't flip into a deficit too soon, prices don't rally too fast and rival US shale firms don't boost output further.

Saudi Energy Minister Khalid al-Falih said it was premature to talk about exiting the cuts at least for a couple of quarters and added that OPEC would examine progress at its next regular meeting in June. "When we get to an exit, we are going to do it very gradually ... to make sure we don’t shock the market," he added.

In 2016, OPEC struck a deal with Russia — the world's largest crude oil producer, just ahead of OPEC member Saudi Arabia — to reduce global crude production by 1.8 million barrels a day.

The dramatic fall in prices had obviously been a boon to consumers, long used to steeper prices, but it caused major economic problems in oil-dependent countries, nowhere more so than in stricken Venezuela, now on the brink of a full default.

The deal has worked to a large extent, with oil prices now at a two-year high. International benchmark Brent crude rose more than 1 percent on Thursday to trade near $64 per barrel.

The Russian energy minister has called for greater discipline among the main oil exporters in cutting output. The goal - raising crude prices - is dear to Kremlin hearts with elections up in 2018. (24.07.2017)

The cartel pumped more oil in July, boosting global supplies for the third month and casting doubt on OPEC's pledge to reduce production. But the IEA industry group hopes growing demand will take up the slack. (11.08.2017)

Speculation has surrounded the future of the German national coach for some time. The man who led his country to 2014 World Cup glory will leave his role of this summer's European Championships.