New Delhi passed a law in 2019 to determine "genuine" Indian citizens, triggering violent protests. A year later, what is the status of the legislation? On December 12, 2019, India passed the Citizenship Amendment Act (CAA). Months of unparalleled mass protests followed — many of which turned violent — leading to a nationwide crackdown and the worst communal riots New Delhi had seen in decades.

The CAA fast-tracks citizenship of Hindu, Sikh, Buddhist, Jain, Parsi and Christian immigrants from Afghanistan, Pakistan and Bangladesh who arrived in India before 2015. However, it excludes Muslims, a move that has been denounced for undermining India's secular constitution.

"It is an anti-Muslim law. That's not a perspective. ... It's an objective reality. And, when combined with the National Population Register (NPR) and the National Register of Citizens (NRC), it tears through even what's left of the pretense of India's secularism and constitution," writer and political activist Arundhati Roy told DW.

Critics believe that the CAA, along with the ongoing nationwide registration drives, could become a means of excluding the minority Muslim population of the country. The current government has recently been pushing to complete the national registries, but minority groups fear that they too will be used to discriminate against non-Hindus.

"I want to clarify it to my 130 crore Indians. The CAA will not have any effect on any religious community, be it Hindu, Muslim, Sikhs or Christians," Modi said in a speech in Parliament in January.

He also accused the opposition of spreading false information about the CAA and dividing the country in the name of religion.

Protests and the aftermath

Soon after the passing of the CAA, protests broke out throughout the country, including in the capital, New Delhi. The protests in Shaheen Bagh — until that point an ordinary working-class Muslim neighborhood in the city — soon snowballed, transforming the area into ground zero of the anti-CAA movement.

"A wonderful, nascent solidarity across communities was building up in the massive resistance to these laws," Roy said.

The demonstrations in Delhi were quickly met with a strict crackdown, as police entered universities and detained students. In Uttar Pradesh and Karnataka, at least 27 people were killed as protests turned violent.

The violence culminated in February's bloody riots in northeast Delhi as pro-CAA groups clashed with anti-CAA protesters leaving 53 people from both Hindu and Muslim communities dead.

Aside from the religion-based classification for citizenship, the pushback to the CAA also came from a nativist sentiment amid fears of a demographic change in the northeastern state of Assam.

Those against the implementation of the act in Assam believe that it would lead to an influx of Hindu migrants from neighboring Bangladesh that would overrun indigenous communities, threatening their language, culture and tradition and burdening resources.

In December 2019, when the CAA was cleared to be introduced in parliament, violent protests broke out in Assam. Tensions in the state escalated when the act was later passed, leaving five people dead.

Crackdown amid the pandemic

While demonstrations and public sit-ins were forced to come to an end ahead of India's coronavirus lockdown, the crackdown on anti-CAA activists continued.

Several anti-CAA protesters, including liberal students and activists, have been arrested since February.

Some of these young activists have been detained under the strict Unlawful Activities (Prevention) Act for their alleged role in the Delhi violence. The anti-terror law is known to have harsh bail provisions.

"These defenders, many of them students, appear to have been arrested simply because they exercised their right to denounce and protest against the CAA," a statement released in June by the Office of the United Nations High Commissioner for Human Rights said.

Though a year has passed since the CAA was enacted, for those who lost their family members in its aftermath, the wounds are still fresh.

Shakir Ali, a laborer from Lucknow, regrets not seeing his wife when she left their house in March to join a group of women for a sit-in protest. Forty-five-year-old Farida died of a cardiac arrest that evening after getting drenched in rain during the anti-CAA protest.

"She was ill, but was determined to take part in the protest despite me telling her not to," Ali told DW. "I was sleeping that morning when she went out. I got a call while I was at work that her condition had deteriorated. She died a few hours later."

Ali said the authorities had not given the protesters permission to set up a tent. 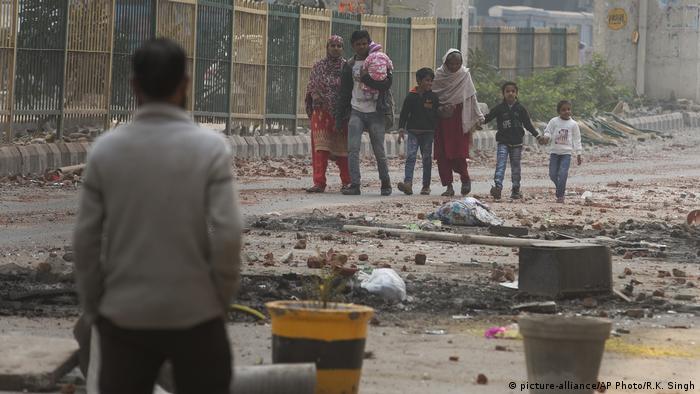 Dozens were killed in the protests triggered by the CAA

"I am a daily-wage worker who is trying to make ends meet. I couldn't afford to take a stand on the CAA. Little did I know that I would lose my wife to the CAA," Ali, a father of four, said adding that he now supports what Farida stood for.

In New Delhi, 28-year-old Zakir's mother, Meena, is still trying to come to terms with his death in the riots following the anti-CAA protests.

"For me everything is finished. I have a constant fear now every time any of my other children don't return home on time. No one will understand this pain," she told DW.

After a long break due to the coronavirus, 18 organizations opposing the CAA have announced fresh protests.

The All Assam Students' Union (AASU) has also announced a relaunch of its anti-CAA protest "Gono Hoonkar" on December 12, marking the one-year anniversary of the agitation.

"The government has to repeal the imposed anti-Assam law that has already taken the lives of five Assamese citizens including innocent students. The families of the five martyrs and AASU will continue to seek justice," a press release from AASU said. 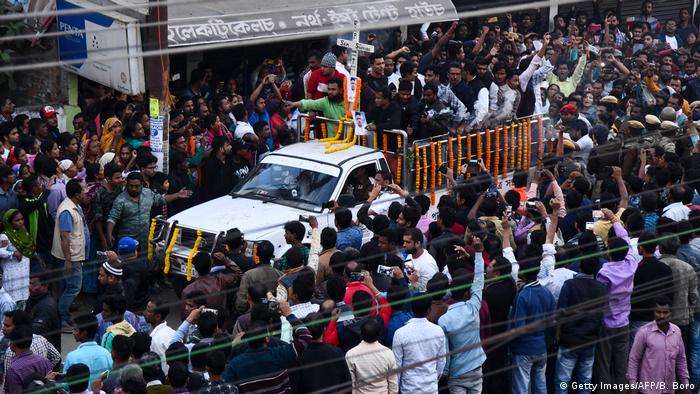 But, while the renewed protests are set to begin, there is still ambiguity over when the CAA will be implemented. The Home Ministry missed its June deadline to finalize the rules of the act and sought three more months, citing the COVID-19 situation.

During a visit to the state of West Bengal in November, Home Minister Amit Shah said the law was in place and would be "implemented" depending on the coronavirus situation.