A shooting occurred near Berlin's Tempodrom hall has left one person dead and at least seven more were injured. Police are believed to be looking for several suspects who fled the scene. 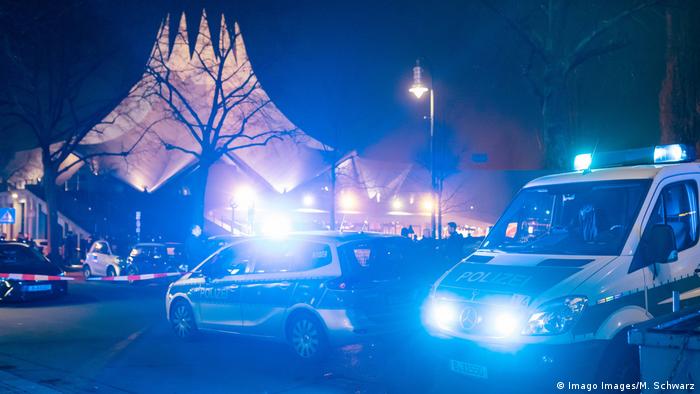 One person died and at least seven others were injured in a shooting at the Tempodrom veneue in the center of Berlin on Friday night.

The German capital's police force said on Twitter that the perpetrators had fled the scene and that an investigation into the incident was already underway.

German news agency DPA reported that three of the injured had made their own way to the hospital while armed police were seen around the Tempodrom hall, a multi-purpose event venue in the Kreuzberg district of the German capital.

A Turkish comedy show was taking place at the venue on Friday evening.

The arena was cordoned off following the shooting, which occurred at approximately 10.50 p.m. local time (2150 UTC/GMT). Police were looking for several suspects, but on Saturday morning a police spokesperson said "for hours there has been no further information" about the incident.