Two gold medalists were warned about wearing badges featuring Chinese communist leader Mao Zedong on the podium in Tokyo. The IOC has recently relaxed some of its rules for political gestures. 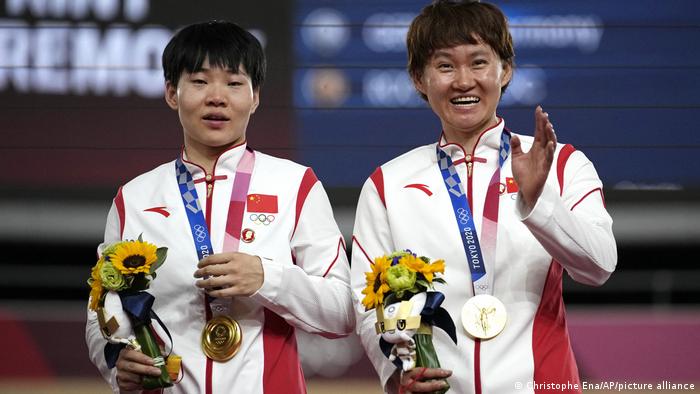 China clarified that its athletes will no longer wear badges of Mao Zedong while on the Olympics podium, the International Olympics Committee (IOC) said on Saturday.

Earlier this week, two female track sprinter cyclists wore such during a medal ceremony. In China, the badges are often seen an identifier of Communist Party membership.

Cyclists Bao Shanju and Zhong Tianshi were warned against the practice but would keep their gold medals in the woman's spring track.

The IOC said it received reassurances from China and considered "this case closed."

Why did the IOC issue warnings?

Olympics officials looked into the incident under Article 50 of the Olympic Charter that says "no kind of demonstration or political, religious or racial propaganda is permitted in any Olympic sites, venues or other areas."

While the committee eased some of the rules last month that allow athletes to take a knee on the field to highlight racism, it made clear that no political gestures were not allowed on the podium.

Beijing is set to host the 2022 winter Olympics in February.