Taiwanese athletes made history at the 2020 Olympics, but the IOC requires Taiwan to compete as "Chinese Taipei" to avoid the ire of Beijing. Some athletes now say they want the name changed. As the 2020 Tokyo Olympics comes to an end this week, Taiwan's record-breaking number of medals has put a spotlight on the name of its delegation at international competitions like the Olympics.

Over the past three weeks, athletes from Taiwan have won a total of 12 medals at the Tokyo Olympics, including a first gold medal in badminton.

After defeating their opponents from China in the final of the men's doubles match, one of the players, Lee Yang, wrote on his Facebook that his team had made Taiwan visible on the world stage as he dedicated the gold medal to "my country Taiwan."

However, for decades, what would be called team Taiwan has been competing under the name "Chinese Taipei" at the Olympics.

This is a result of the International Olympic Committee's (IOC) decision to recognize Beijing over Taipei in the 1970s, which barred Taiwan from competing in the Olympics as a country. 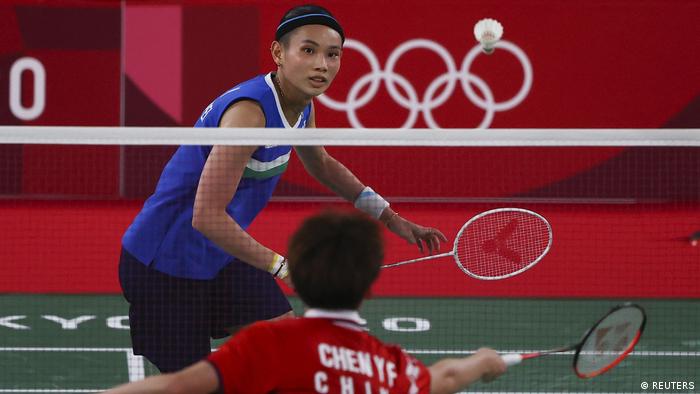 Prior to the IOC's decision, the Republic of China (ROC), which remains Taiwan's official name, competed in some Olympics under different names and it also boycotted some games as the government tried to resist pressure from the People's Republic of China (PRC.)

After Taiwan was barred from competing in the Olympics as a country after the IOC sided with Beijing, it reached a compromise with the IOC in 1981 to compete under the name "Chinese Taipei," which essentially prevented Taiwan from presenting itself as a sovereign state.

This also meant that Taiwan is barred from using its official flag or national anthem at the Olympics. Instead, Taiwan plays a flag-raising song and waves a white flag that carries the Olympic rings.

Despite the lack of official "Taiwanese" representation, the name "Taiwan" was still used on some occasions during the 2020 Tokyo Olympics.

For example, an anchor at Japan's public broadcaster used Taiwan rather than Chinese Taipei to introduce the Taiwanese delegation during the opening ceremony.

Additionally, many foreign media reports about Taiwan's performance during the Olympics also use Taiwan rather than Chinese Taipei to introduce the team. 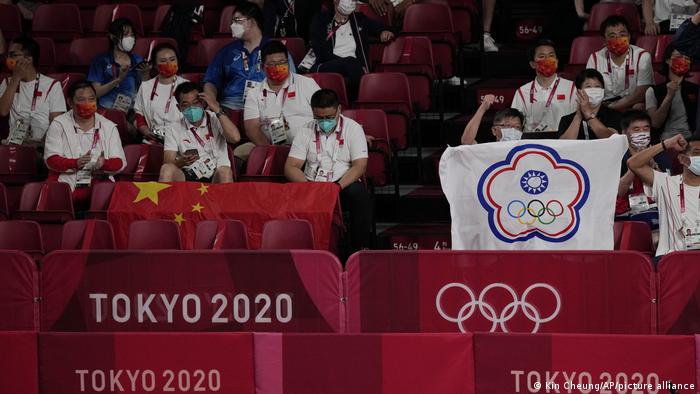 According to Chiaoning Su, a Taiwanese journalism scholar at the Oakland University in the United States, the trend of foreign media using Taiwan to report the Olympic team's performance is an extension of the recent increase of Taiwan's overall visibility in the world.

"As the conflict between the US and China has intensified over the last few years, Taiwan's international visibility has increased tremendously," she told DW. "It shows how that visibility has effectively created a more favorable narrative on Taiwan."

Beijing fumes at use of team 'Taiwan'

In the article published on August 2, the BBC explained the various names that Taiwan's Olympics team has used over the years. On August 4, the spokesperson at the Chinese embassy in London lashed out at the British broadcaster, criticizing the article for "sensationalizing the question of the 'Chinese Taipei' team at the Tokyo Olympics."

"[China] strongly urges these media to follow international consensus and professional conduct, to stop politicizing sports, and to stop interference with the Tokyo Olympic games," the spokesperson said.

The embassy reiterated that there is only one China in the world and Taiwan remains an inalienable part of China.

"This objective and unquestionable fact will not change, nor will it change the international consensus to maintain the 'One China Principle,'" the embassy added.

"If the People's Republic of China hears someone vaguely referring to Taiwan in any kind of positive way, then they are upset, so that's not the interesting part," he told DW.

"It's the international attention that's far more novel. There are so many non-typical countries speaking of Taiwan positively because of the Olympics," Nachman added.

Another attempt at an Olympic name-change for Taiwan?

The growing international discussion about Taiwan's Olympic team name has also renewed the campaign for a name change.

Taiwan's three-time Olympian Chi Cheng is considering launching a referendum to push the government to change Taiwan's name at the 2024 Paris Olympics.

This is not the first time that Chi has called for a name-change referendum. In 2018, she spearheaded a campaign to seek a name change for Taiwan ahead of the 2020 Tokyo Olympics. However, after several high-profile athletes came out against the campaign, the referendum did not meet quorum.

Nachman said if there is another referendum about Taiwan's Olympic name change, it will be worth observing the response of the ruling Democratic Progressive Party (DPP), which leans towards promoting Taiwan's sovereignty.

"Getting into a formal name-change opens up a Pandora's box that I don't think the DPP wants to deal with right now," he said.

The leader of Taiwan's legislature, You Si-kun, said on Thursday that while he supports Taiwan's name-change initiatives, it needs to be done in a manner that ensures athletes' rights and interests are not sacrificed.

"Taiwan's great success at the Tokyo Olympics is very encouraging and it helps Taiwan to be seen by the world," he said during an interview.