Observers skeptical over reports on planned US troop withdrawal from Germany | Germany | News and in-depth reporting from Berlin and beyond | DW | 08.06.2020

Observers skeptical over reports on planned US troop withdrawal from Germany

Conservative German politicians are alarmed by reports that Donald Trump is planning to slash the US military presence in the country. But US General Ben Hodges is skeptical that it will happen. 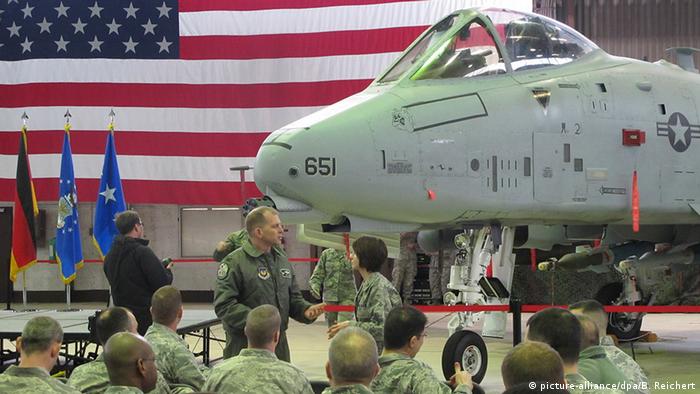 Germany was apparently caught cold by reports at the weekend that Donald Trump was planning to withdraw 9,500 of the 34,500 US troops stationed in the country, as reported by The Washington Post and The Wall Street Journal, citing US officials.

German government spokesman Steffen Seibert on Monday said he would comment only if there were public, official information from Washington.

"Should it come to the withdrawal of some of the US troops, we take note of this," Maas told Germany's Bild am Sonntag newspaper.

Defense Minister Annegret Kramp-Karrenbauer, refused to speculate on Monday given that the government had not received any confirmation from Washington.

The Polish prime minister, Mateusz Morawiecki, said on Saturday that he "deeply" hoped that some of the troops transferring out of Germany would be moved to Poland.

For its part, the German Left party took the opportunity to welcome Trump's initiative — the socialist party has long called for total US military withdrawal from the country, especially the nuclear missiles that are understood to be kept in Germany.

"A withdrawal of US troops along with nuclear weapons from Germany would also make obsolete the German military's nuclear participation, and Annegret Kramp-Karrenbauer's planned procurance of new nuclear bombers made in US," the Left party's defense spokeswoman Sevim Dagdelen said in a statement.

The Left party has also long criticized the fact that Germany allows the US to relay data via the Ramstein air base for its drone warfare in the Middle East.

All noise, no substance?

Meanwhile, at least one former US ambassador to Germany has already suggested that this new report may just be another case of the US president making disruptive noises while taking little substantial action.

"I predict there will be no withdrawal of these soldiers," John Kornblum, who represented the US in Berlin from 1997 to 2001, told the Passauer Neue Presse newspaper on Monday. "Trump makes big announcements and then doesn't act." 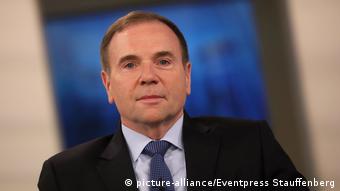 It's true that the Trump administration has made such noises before: In 2019, a handful of newspaper reports emerged suggesting that Washington was about to send "bills" to NATO allies for US military presence.Those bills never emerged.

Retired Lieutenant General Ben Hodges, who was stationed in Germany as commander of the United States Army in Europe from 2014 to 2017, said he hoped the latest alarming message from the White House was based on similarly flimsy foundations.

"But the damage is certainly done to some degree on the relationship," Hodges told DW. "If this is true it would be a colossal mistake, because of the impact on the cohesion of the alliance." On top of this, Hodges is worried about the message about American commitment such a move would send to both "allies and potential adversaries."

Hodges was also doubtful about what the reported size of the withdrawal, 9,500, actually meant. Of the 34,500 military personnel in the Germany, around 10,000 are Air Force, stationed at two bases (Ramstein and Spangdahlem) and the rest belonging to the Army and Marines.

The biggest contingent of personnel is at Grafenwöhr, Bavaria, where over 10,000 troops are stationed, and where a small but significant American community has built up over the years. Many Germans in the area also regard the long-term military presence with affection.

Read more: Opinion — Trump is playing election games with US troops in Germany

For Hodges, it always felt like a thinly-spread force. "I was always worried when I was a commander that we did not have enough," he said. "So anything that's taken will remove a capability, whether it's logistics or intelligence or communications or engineering. These are the capabilities that are necessary for bringing over reinforcing forces from the US for example."

Essentially, Hodges suggested that the Trump administration's view of the US military's purpose in Germany was fundamentally confused. "These troops in Germany are not there to protect Germans," he said. "Germany allows us forward stationing – Ramstein air base, Landstuhl hospital, logistics headquarters – that is for the benefit of the United States, for our security as well as our contribution to NATO."

"If we lost Ramstein, for example, it would significantly impact our ability to do anything, not just in Europe, but in Africa and the Middle East," he said.