During President Obama's visits to Kenya and Ethiopia, fighting terror will be high on the agenda.The US is also hoping to benefit from Africa's strong economic growth but faces strong competition from China. 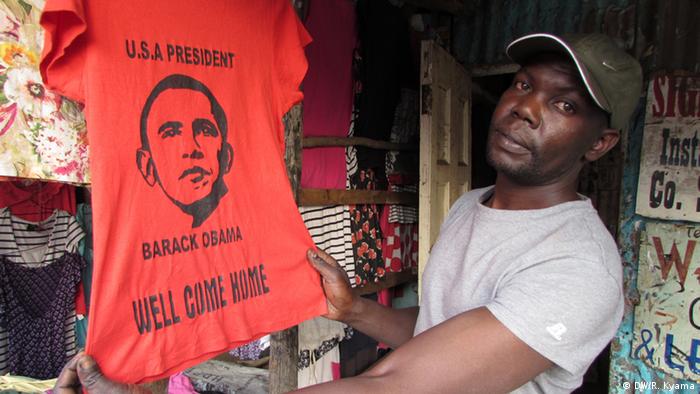 Are these the first signs of a "pivot to Africa?" At the start of the week, President Obama received the new Nigerian president, Muhammadu Buhari, at the White House. A few days later he will become the first sitting US president to visit Kenya and Ethiopia. In an interview with DW, Richard Downie, an Africa expert with the Center for Strategic and International Studies in Washington, was reluctant to see this as proof of a new interest in Africa.

"Although Africa is becoming more important strategically to the United States, it is still lower down the list of regions of the world where the US is placing resources and attention, "Downie said. 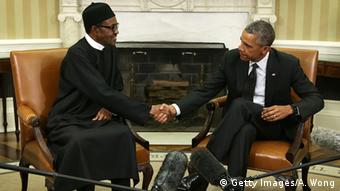 The strategic value for Washington of partnerships with African heavyweights such as Nigeria or Kenya is obvious. In addition to economic interests in an increasingly prosperous continent, the US is also keen to gain allies in its fight against terror. With a substantial terror risk emanating from the Middle East, there is considerable unease in the US over what this could mean for Africa.

One example suffices: Boko Haram has allied itself with "Islamic State" (IS) and represents a major threat to stability in Nigeria and to President Buhari who has only been in office since the end of May.

Kenya, Obama's first port of call on his visit to Africa, is an important trading partner "and plays an important role in regional security and in trying to negotiate peace in some of the conflicts in the region," Downie said. "At the same time it has a very serious security situation on its hands with al-Shabab in neighboring Somalia and also terrorism domestically within Kenya that is causing a lot of problems," he added.

Downie said the way the Kenyan government responded had been counterproductive. "They've singled out and targeted ethnic Somalis and Kenyan Somalis and have actually made the problem worse, not better."

An article on US-Africa relations in the US online publication "Foreign Policy Journal" said "The US has a history of supporting repressive regimes under the ostensible cover of providing ‘stability.'" But while still a senator, Barack Obama clearly demonstrated that he wanted to depart from this course. Richard Downie sees "an aspiration for the United States and President Obama to support democracy and good governance." 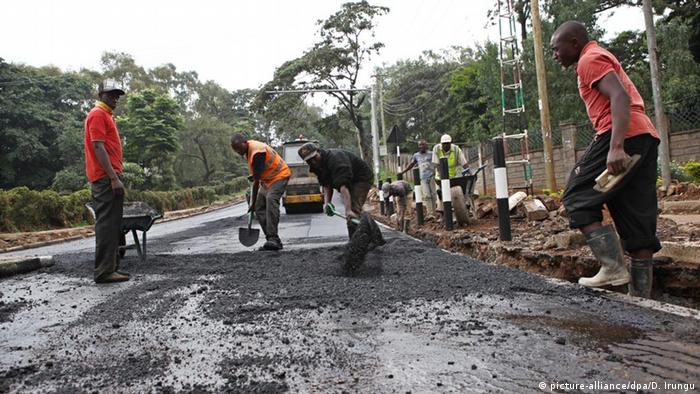 Human rights groups criticize the timing of Obama's visit to Ethiopia. It comes shortly after elections in May in which the ruling party won every seat in the National Assembly. The opposition complained of harassment. Human rights groups have called the ruling EPRDF party one of the most repressive regimes in Africa. However, Peter Pham of the Washington-based Atlantic Council says the critics are not being fair. "The same people would not criticize the president for visiting China," despite its human rights record, he said.

Downie thinks Obama will not be able to achieve much in Ethiopia. There will be an effort to meet with representatives of civil society but "the problem is that Ethiopia has effectively shut down civil society so there aren't exactly a lot of people for the president to meet."

Peter Pham says it is time for practical politics. "The primary purpose of the US president's visit is engagement in American interests and the United States has considerable interests in Ethiopia."

Pham's view is shared by Michael E. O'Hanlon of the Brookings Institution. He proposes a broad US security initiative for Africa to include the deployment of US units in conflict regions such as Nigeria, Libya or Congo who would support African peace missions with trainers and advisors. 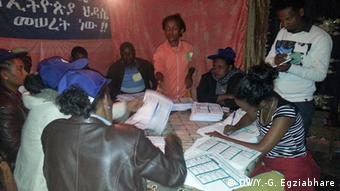 Ethiopia's ruling EPRDF party swept the board in May elections

In addition to security, President Obama will also focus on economic topics. "Africa's picture is changing very rapidly to one of great economic growth," said Peter Pham. "Some of the fastest growing economies in the world are in Africa, there's a growing middle class and opportunities for American business as well as African business."

However, wherever Americans choose to go in Africa, they find the Chinese have already arrived. China's annual volume of trade with Africa exceeds 200 billion dollars (182 billion euros), double that of the US.

The US still does not have a real strategy to deal with the competition from China, says Yun Sun from the Brookings Institution. A focus on strengthening democracy and shared values is not enough. "It is a possibility that democratic leaders [in Africa] have a higher level of affinity with Western countries. But we also see that these African leaders are very practical and pragmatic regarding foreign relations," Yun said. "When they see that the Chinese have the ability and the cash to promote infrastructure development, they don't necessarily reject working with the Chinese."

Yun says the US could consider collaborating with the Chinese. "They have the funding and experience of operating in developing countries but for many projects, for example hydro-electric development, the US has better technology."

She admits however that the idea of such collaboration " has not been particularly popular politically in the United States."

Ahead of President Obama's visit, Kenya has cleaned its capital, a project residents dubbed "Obamacare." Security has been beefed up in Kisumu, the home town of Obama’s father, although he is not scheduled to stop there. (21.07.2015)

Nigeria and the US: A new era of cooperation?

Nigerian President Muhammadu Buhari is to meet President Obama in Washington to discuss the fight against Boko Haram. Nigeria's new head of state will be seeking to convey the message that he is a reliable partner. (17.07.2015)