Ahead of President Obama's visit, Kenya has cleaned its capital, a project residents dubbed "Obamacare." Security has been beefed up in Kisumu, the home town of Obama’s father, although he is not scheduled to stop there. 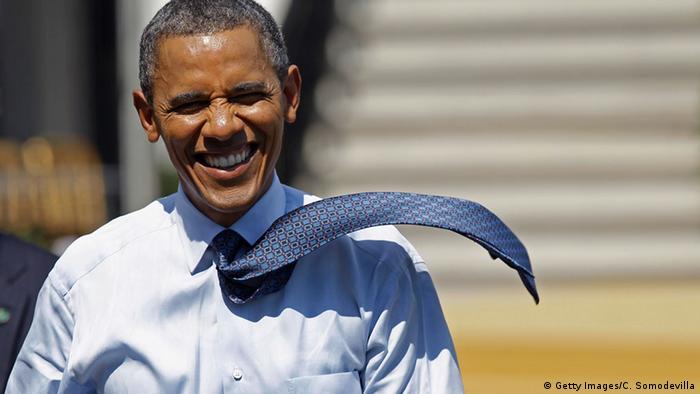 For the past month, hundreds of people have been employed to tidy the main highway from the airport to the city center of Nairobi, often resulting in major traffic jams due to the road repairs.

President Obama is due in Kenya for the 6th Global Entrepreneurship summit, which he will co-host with Kenya's President Uhuru Kenyatta from July 25 - 26. The meeting will bring in an estimated 1,500 participants including business leaders from around the world.

Spokesman for President Uhuru Kenyatta, Manao Esipisu, said that the Kenyan capital is ready to host the summit, which is happening for the first time in sub-Saharan Africa. The Kenyan government has spent at least $500,000 (460,000 euros) to carry out the face-lifting project, which Nairobi residents dubbed "Obamacare."

DW correspondent in Nairobi James Shimanyula describes the city as "neat and tidy with palm trees along the road connecting the city with Jomo Kenyatta International." "The Kenyan and US flags are flapping in an orderly manner," he added. 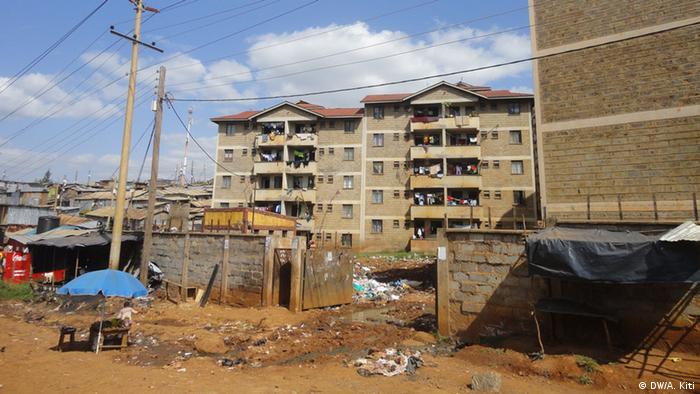 Nairobi residents have reacted strongly to the city's facelift, describing it as a mere charade for President Obama. "I wish the beautification had come earlier because this is tax payers' money," Rosaline Musyoki told DW. "The tax payer would wish to see the beauty of Nairobi. But beautifying it for the purpose of receiving the US president, we feel that it is not real because Obama can come and see the way we are and the way we stay. Beauty will not add any value to this country."

Kenya's third largest city, Kisumu, is also getting ready, even though Obama is not scheduled to make a stop there. DW correspondent John Marwa said residents, however, believe that Obama's arrival has not been announced for security reasons.

If Obama does make the trip to Nyan'goma Kogello village, it would be his first ancestral home visit since becoming president in January, 2009. 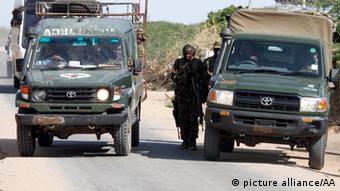 According to the commissioner in charge of security in Siaya County, Caroline Onchoka, Kenyan security personnel are already doing daily routine checks in the village. "We will be subjecting the [visitors] to checks straight from the gate," she said.

"We are no longer allowing vehicles to come in. We have even reinforced the village by bringing in metal detectors so that the public will be stopped outside the gates and they will be frisked to check if they have metal that can endanger the lives of people around here."

Apart from a small hut in the compound, which serves as the reception point for visitors who want to see Obama's step-grandmother Sarah Obama, there is little activity to indicate any high profile visit.

The Obama family in Kenya has not confirmed the visit but the US president's step-sister Masat Obama has said Nyan'goma Kogello is Barack Obama's home, too, and he is "welcome to come at any time as the gate is always open to him."

"What you are seeing here is our daily duty,” said Masat Obama, referring to the number of tourists who have gathered in front of the house. “Nothing much has changed for us. I feel normal, it's just normal." 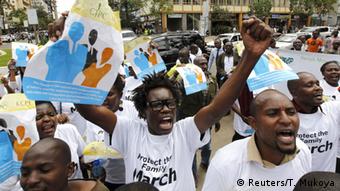 Kenyans have been protesting against President Obama's support for LGBT rights

The school's principal Henry Odongo told DW that his students "would be very happy to see the person" whose name is inscribed on their school's gate. Obama's family paid for the land on which the school was built and has been supporting it since.

For Odongo, Obama's visit is not only about having the US president come to his school; it is also about him seeing the developments that came because of him.

"People come from very far-away countries to Kenya and the first thing they talk about is to see the village where Obama's father was brought up," Odongo said. "The tarmac roads you see around here, and many other things; we even have hotels for visitors who want to spend some time around and see the village."

In the city center of Kisumu, posters and T-shirts of President Obama are displayed in a manner often done during state visits. Street vendors say sales have increased ahead of Obama's Kenya visit.

James Shimanyula and John Marwa contributed to this article

Sarah Obama: "He has to see his father's grave"

US President Barack Obama's grandmother is excited about her grandson's visit to Kenya. She told DW about her special plans for Obama's visit. (21.07.2015)

Kenya's Westgate shopping center has reopened for business almost two years since Somali Islamists stormed the mall, killing 67 shoppers and staff over four days. Security has been stepped up in light of the attack. (18.07.2015)

Opinion: "Development financing does have its place"

DW's Nairobi correspondent Edith Kimani bemoans Africa's inability to support her own development and the fecklessness of her political class after the UN development financing summit ended. (16.07.2015)