′Nuclear energy has no sustainable, democratic future in Japan′ | Asia| An in-depth look at news from across the continent | DW | 29.01.2016

'Nuclear energy has no sustainable, democratic future in Japan'

Despite the majority of Japanese opposing a restart of the nation's nuclear reactors, the government continues to press for a full resumption of nuclear power. Energy expert Tetsunari Iida tells DW the reasons behind it. 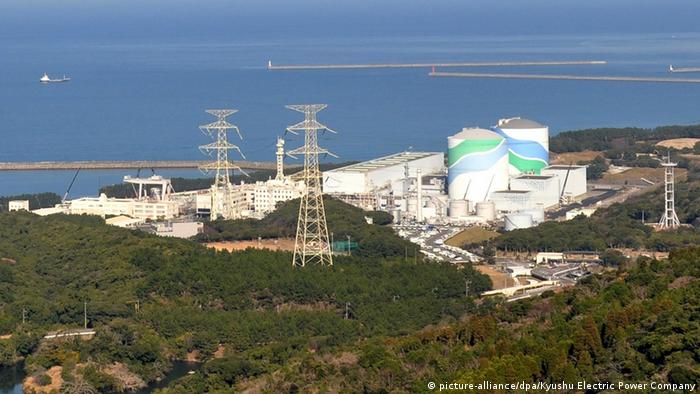 Japan halted operations of all its nuclear reactors as a consequence of the Fukushima disaster, which released radioactive material and displaced up to 160,000 people.

But the government of Prime Minister Shinzo Abe in 2014 reversed the previous government's decision to phase out nuclear power, arguing it was necessary to provide cheap and affordable energy.

Prior to the disaster, the world's third largest economy got a third of its energy from nuclear power, but has since had to rely on expensive liquefied natural gas and oil imports.

Tokyo plans to increase nuclear power as a share of the country's energy profile to between 20 and 22 percent by 2030.

However, public opposition to nuclear energy remains steadfast, as the disaster continues to loom in the Japanese psyche and many harbor safety concerns in the earthquake-prone country. 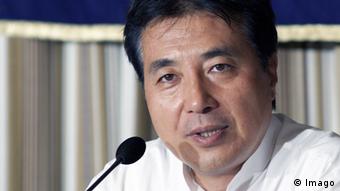 Iida: Public opposition to nuclear power in Japan 'is not necessarily having an impact on the people's political affiliations'

In a DW interview, sustainable energy policy expert Tetsunari Iida says the nuclear lobby in Japan has not only economic interests, but also a strong conviction in the conservative energy policy concept, which gives nuclear power a major role in the energy policy mix.

DW: Why has the government decided to restart some of the reactors despite protests from the population?

Tetsunari Iida: There is a strong belief among certain sections in Japan that nuclear power is one of the most important components of the energy mix. This is an old-fashioned and conservative energy policy concept shared by those at the center of Japan's energy policy circle, such as the ruling Liberal Democratic Party (LDP) and the country's industry association Keidanren.

For them, the resumption of nuclear power generation is of utmost importance. That is why Japan's government has been strongly urged to restart the nuclear reactors.

China has detailed its plans to build floating nuclear plants amid Beijing's drive to double its atomic energy capacity by the end of this decade. The buoyant power stations will be a first once completed in 2020. (27.01.2016)

Japan has restarted a second reactor at a nuclear power plant. The government is trying to bring down energy prices, but faces widespread opposition to nuclear power following the 2011 Fukushima meltdown. (15.10.2015)

Japan's PM Shinzo Abe hints he may call elections for both houses of parliament in an attempt to secure two-thirds majority needed to rewrite the nation's pacifist constitution. Julian Ryall reports from Tokyo. (25.01.2016)

Is the conservative government of PM Abe not taking the concerns of the population seriously?

No, I do not believe PM Abe takes the concerns of the population seriously. I am of the view that Abe still believes nuclear energy is safe, cheap and stable, even after the Fukushima disaster.

According to nuclear energy opponents, many Japanese are afraid of the potential consequences of restarting the nuclear reactors, and demand a change in energy policy. So why isn't there much more public resistance to the government's plans?

The majority of people in Japan have been against the Abe government's plans to restart the nuclear reactors. This opposition, however, is not necessarily having an impact on the people's political affiliations and their voting tendencies.

The Abe administration's control over the media also helps explain the reason behind the lack of more public resistance to the nuclear plans.

How strong is the influence exerted by Japan's nuclear lobby?

The nuclear lobby in Japan is powerful. It has not only economic interests, but also a strong conviction in the conservative energy policy concept, which gives nuclear power a major role in the energy policy mix.

Fossil fuels such as oil are now cheap to import. However, the government argues that nuclear energy is not only cheaper but also allows the country to be independent of foreign energy supplies. Could renewable energy sources also guarantee this independence?

Speaking in ecological and economic terms, which renewable energy sources are best suited for an industrialized nation such as Japan?

From resource potential point of view, wind and solar power are the best suited for Japan.

Numerous nuclear reactors are being built in neighboring Asian countries. Given the strong competition in this area, can Japan actually afford to completely give up using nuclear energy?

Yes, Japan can afford to completely give up nuclear power. In fact, sticking to nuclear represents an old-fashioned economy, whereas renewable energy is a symbol of a new industrial revolution.

You yourself are an expert on nuclear energy. But you've decided to switch your focus to renewable energy sources. Why?

It's because nuclear energy has no sustainable, democratic future. And that's why I decided not to dedicate my life to nuclear, instead switching my focus to renewable sources.

Tetsunari Iida is director of the Institute for Sustainable Energy Policies in Japan.