The journalist who worked with US whistleblower Edward Snowden has urged Germany to offer protection to the former intelligence operative. Meanwhile, Berlin is to debate claims the US spied on Chancellor Angela Merkel. 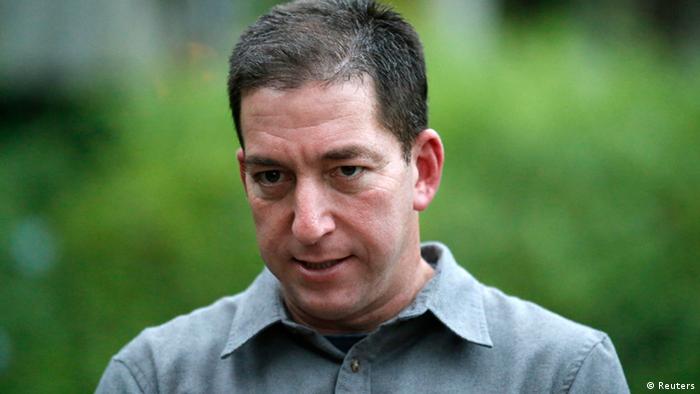 In an interview with German television on Monday, Brazil-based Glen Greenwald said Germany should offer asylum to former US intelligence operative Edward Snowden, who is currently being granted temporary asylum in Russia.

Through the British newspaper The Guardian, US journalist Greenwald uncovered details of the National Security Agency (NSA) surveillance program early this year based on leaks from Snowden, a former NSA contractor.

In an interview with German public broadcaster ARD, Greenwald said the extent of spying activity of the NSA - including the eavesdropping on Chancellor Angela Merkel's phone - would not be known without information made available by Snowden.

"Germany is precisely one of the countries that has most benefited from these revelations, from the start," said Greenwald.

"Rather than thanking him or being grateful or just doing their duty under the law to protect people who are being politically persecuted, the German government has turned its back on him and allowed its ally the United States to threaten his political rights and persecute him."

Barack Obama has come under intense pressure following the scandal over the bugging of Angela Merkel's cell phone by the NSA. The intelligence agency insists the US president knew nothing, but there are contradictions. (28.10.2013)

"I think it really is up to the German people to ask why that is," said Greenwald, who no longer works for The Guardian.

Germany's lower house of parliament, the Bundestag, is set to debate the spying affair on November 18 - signifying something of a change of heart on the part of Merkel's government. Such a debate had been requested by opposition parties weeks ahead of the German general election on September 22, but this was refused.

The formation of a special committee to discuss the NSA affair is also seen as likely, something that would require the approval of a third of Bundestag lawmakers. While the opposition Green and Left parties have only about a fifth of seats in the assembly, the CDU/CSU grouping and its expected coalition partner the SPD have said they would support an "appropriate" motion by the opposition.

Greenwald said that Snowden would be a "logical choice" to answer questions as a witness at the committee, but that he would need a guarantee that his basic rights would be respected. Several German deputies have also called for Snowden to be summoned.

However, the office of Chancellor Merkel said there were no plans to ask Snowden to attend.

The German government on Monday said it has learnt nothing new of about the spying affair since it came to light on Monday. A representative of the chancellor also refused to answer a question about whether Obama had apologized to Merkel.

"I never report on the confidential conversations of the chancellor," said the spokesman.

Meanwhile, the White House has said it believed some constraints were needed in light of recent revelations. As well as the spying on the German chancellor, the NSA is accused of tapping millions of phone calls of Spanish citizens the space of just a month. It is also accused of carrying out vast online trawling operations in that country.

"We recognize there needs to be additional constraints on how we gather and use intelligence," said White House spokesman Jay Carney.

"We also need to ensure that our intelligence resources are most effectively supporting our foreign policy and national security objectives, that we are more effectively weighing the risks and rewards of our activities," Carney said.

The head of the US Senate Intelligence Committee took a tougher line, calling for a "total review of all intelligence programs."

"Unlike NSA's collection of phone records under a court order, it is clear to me that certain surveillance activities have been in effect for more than a decade and that the Senate Intelligence Committee was not satisfactorily informed," she said.

"With respect to NSA collection of intelligence on leaders of US allies - including France, Spain, Mexico and Germany - let me state unequivocally: I am totally opposed."