Sarah Diehl is a writer, documentary filmmaker and activist. She spoke to DW about her first novel, "Eskimo Limon 9," which tells the story of an Israeli family that moves to a provincial German town. 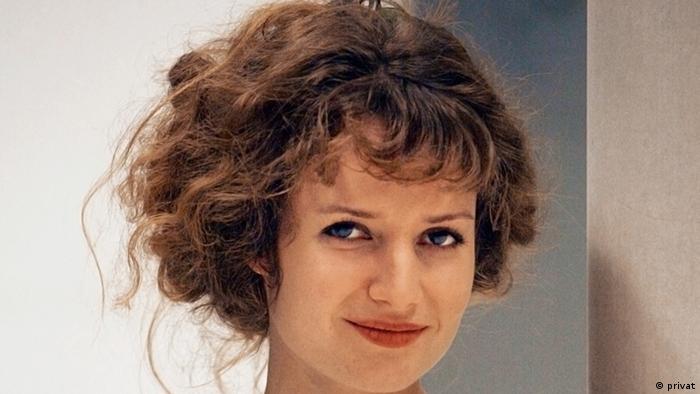 DW: Where did the idea for the book come from?

Sarah Diehl: Seven or eight years ago, I made a lot of friends who were from Israel and from America who had a Jewish background. I hadn't really been confronted with Jewish people before and I don't have a Jewish background myself and it was very interesting to see my own behavior and how insecure I was talking about certain topics, such as history or politics - this need I had to not say anything wrong.

How did you do your research?

Most of the Jewish people I met here were artists - very liberal and very political. What was so interesting for me was how Israelis talk about politics themselves and about their own relation to their state, as well as about Germany. I wanted to document these conversations because I wanted to present them to a German audience. The complexity and the way Israelis think about their own country is not particularly well represented in Germany.

Could you say a few words about your interest in Israeli pop culture? 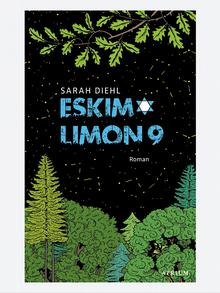 The book will be translated into English, Hebrew and other languages

Not explicitly, but I am a woman and I'm interested in feminist issues. My protagonists talk about menstruation, abortion and sex in a totally normal way, as well as about the feeling of being trapped, or the questions of what work you can do as a woman. I wanted to include this in a very natural way.

Your characters are very likeable, but do they really exist?

The characters aren't really modeled on real people. They are always a mixture out of different people I've met. There are some people I can track down who have been very important in my life and very close to me and I've tried to portray them in a lovely way but these characters do not exist.

You explore extremely difficult, controversial themes such as the Holocaust, but you also use a lot of humor. Do you think that it is appropriate to take a humorous approach to such serious issues?

The people in my novel have to face a lot of really heavy subjects. Their conversations sometimes end up being absurd, because they talk about death and killing and guilt and historical perceptions. What I'm interested in is how historical facts are written and how human beings deal with this emotionally and the clashes - such clashes always produce a lot of absurdist humor. However, that doesn't mean it's disrespectful or too light.

At one point in the book, you talk of the generation that said it knew nothing about the Holocaust. Are you judgmental?

I judge ignorance. That was a big motivation for me to write the book. Sometimes people hide away from certain topics because they don't know how to deal with them. I think that's very sad. In my work, I try to find a way in to deal with these topics, by facing yourself as a human being with all the insecurities human beings have. For me, ignorance is a very serious crime because it leads to atrocities, death and murders because people just accept inequality.

When did you develop a political conscience?

Through women's rights. I started being interested in feminist issues when I was about 13. My first political action was to spray slogans on the train station saying there are four brothels and no cinema here. That scene is in the book.

Which writers influenced you?

While I was writing the book I really stepped away from German and Jewish writers. I didn't want to read them anymore, so as not to be influenced, so as not to compete with them. But Truman Capote and Kurt Vonnegut inspired me because they have a way of dealing with history and not very easy topics in a very brilliant, human way. They have a very liberating approach to life.

Who did you write the book for?

I didn't have a target audience in mind but I would love it if young people read the book because it deals with daily life and there are so many references to pop culture. It's really a way of dealing with history. However, I don't want to make them understand certain things or trigger certain feelings. I want to open up a conversation that everyone can have at the kitchen table, in which they can be very honest about their views and their judgments.

Your main male protagonist, Koffel, says that German history is his Heimat, his home. Is this a feeling you identify with?

Yes, there's one reason I'm happy I grew up in Germany and that is that I feel very close to all this nutcase history and I feel close to the people who had to deal with this history - as I did. Growing up and suddenly realizing that your country was the perpetrator of the Holocaust is a tricky thing. The only thing that makes me feel that Germany is my home is this twisted approach to history. I’m so close to this history and all the emotions. History is the greatest thing on earth. It makes me sad if people say they're not interested in history because it's life.

Out and about in Jewish Berlin

DW explores the lesser known parts of Berlin that make up the Jewish community. From monuments and cemeteries to bakers and delis, past and present coexist. (05.06.2012)

Leaving the ultra-Orthodox community for Germany 22.03.2022

In his autobiography, rabbi Akiva Weingarten talks about why he left the ultra-Orthodox community of Satmar Hasidic Jews and what Judaism means to him today.

How Jewish life developed in Germany after the Holocaust 21.02.2021