Novel coronavirus may have been spreading since August — study

A study by Harvard Medical School has shown that SARS-CoV-2 may have been spreading in China in August 2019. That would be months earlier than when the outbreak is thought to have started in the central city of Wuhan. 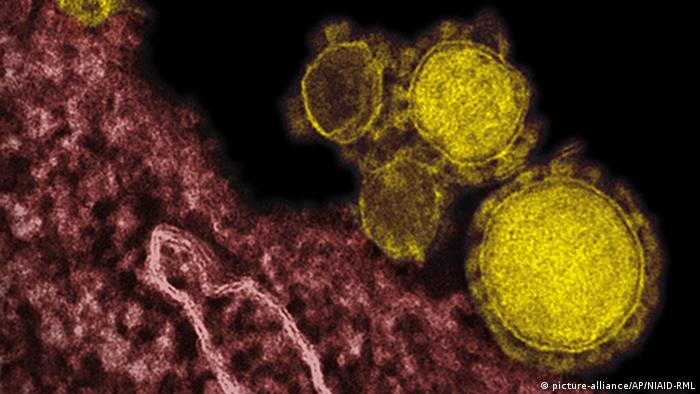 "Increased hospital traffic and symptom search data in Wuhan preceded the documented start of the SARS-CoV-2 pandemic in December 2019," according to the research.

China responded promptly and skeptically on Wednesday. Foreign Ministry spokeswoman Hua Chunying said: "I think it is ridiculous, incredibly ridiculous, to come up with this conclusion based on superficial observations such as traffic volume."

Researchers analyzed 111 satellite images of parking lots at 6 hospitals in Wuhan between January 2018 and April 2020, and obtained queries from the Chinese search engine Baidu for terms related to COVID-19, like "cough" or "diarrhea" within the same time frame.

The analysis showed a steep increase in hospital parking lot occupancy in August 2019, which continued throughout the fall. Between September and October 2019, five of the six hospitals showed the "highest relative daily volume of the analyzed series, coinciding with elevated levels of Baidu search queries."

The report also points out that gastrointestinal (GI) symptoms have been recently recognized as a unique feature of COVID-19, which could be connected to the spike in online searches for "diarrhea" on China's Baidu in August 2019.

"In August, we identify a unique increase in searches for diarrhea which was neither seen in previous flu seasons," according to the report.

The researchers said that the increase in GI symptoms could be a sign of missed early signals of COVID-19 infection in current surveillance systems for respiratory illness.

"This finding also hints at the need to broaden surveillance efforts to consider novel pathogens that might display a range of unexpected symptoms," the report said.

When did COVID-19 begin?

The Harvard findings , which were shared in a pre-print that has not been peer reviewed, build on a growing body of research exploring whether SARS-CoV-2 was already circulating in China before the Wuhan outbreak was identified.

"While we cannot confirm if the increased volume was directly related to the new virus, our evidence supports other recent work showing that emergence happened before identification at the Huanan Seafood market."

Scientific consensus on the origin of the COVID-19 pandemic is that the SARS-CoV-2 pathogen was able to make the jump from animals to humans at the seafood market in Wuhan. It quickly spread through the city's population and into the surrounding Hubei province before Chinese authorities enforced a near total lockdown of movement and public lifeon January 23.

However, the Harvard researchers point out that initial epidemiological studies, which identified the Huanan market as the source of the outbreak, included several COVID-19 patients with no connection to the market, "leaving open the possibility of alternate points of origin and infection."

The authors of the study said that their findings at least "corroborate the hypothesis that the virus emerged naturally in southern China and was potentially already circulating at the time of the Wuhan cluster."

Editor's Note: The article has been amended to reflect that the Harvard report was not peer reviewed.

Covid-19: Where it all began