The grand slam winner has been called an "idiot" in his native Serbia for supporting the country's neighbor and former enemy. Djovokic responded by praising the ability of sports to tear down boundaries. 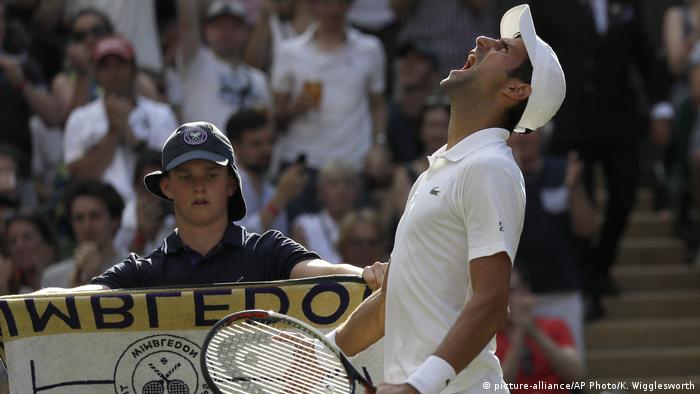 Serbian tennis star Novak Djokovic has prompted controversy at home after he announced he would be supporting the Croatian national football team as they enter the final stretches of the World Cup in Russia.

The two neighbors and former Yugoslav nations have had tense relations since Croatia won its independence in 1995 following a bloodly conflict. Although they established diplomatic ties shortly thereafter, the subsequent two decades have been punctuated by mutual accusations of war crimes and an intense sports rivalry.

"Djokovic is a national hero and I thank him — but support Croatia, how can he not be ashamed? So many Serbs from Krajina (a region in Croatia where Serbs were once the majority) backed him and yet he supports the country who drove them out."

The parliamentarian also called anyone who supported Croatia in their recent win over Russia "psychopaths and mad, fit for being locked up in an asylum."

Defending himself in the Serbian daily Telegraf, the 12-time grand slam winner said: "Sports have their 'universal language,' they erase boundaries between people, overcome differences in religion, race and nationality."
Djokovic met the members of the Croatian team in March, when he was in Florida for training. "Happy to meet nice guys and great football players," he wrote on Instagram: 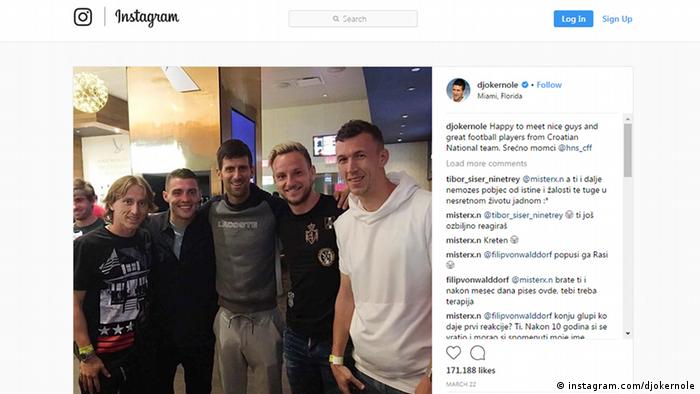 Although his support was met with criticism in his homeland, the Croatian press welcomed the 12-time grand slam winner’s sentiments.

Reacting to the tennis player’s gesture, outlet Croatia Total News said "this lesson is something which many in Croatia would be well-served to learn….not use sports as an excuse and means to spread intolerance towards other nations."

Serbia reached this year's World Cup, but were eliminated in the group stage; Croatia have matched the incredible run of their 1998 team by making it to the final four. They face England on Wednesday.

Croatia is euphoric ahead of the country's World Cup quarterfinal match. Problems are being ignored, including scandals surrounding the stars of the national team. Any criticism is considered unpatriotic. (07.07.2018)