For over 800 years, Notre Dame has been France's literal and metaphorical center. The Gothic treasure has served as the scene of major events in history, and as a trove of priceless heritage. 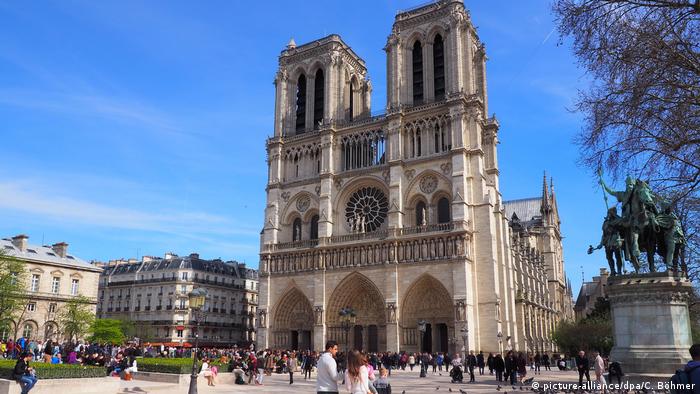 Since its construction at the end of the 12th century, the iconic Notre Dame Cathedral has been a cherished monument of French cultural heritage. Many now fear that the massive fire that engulfed its structure on Monday will irreparably damage the beloved religious monument.

Construction of the sandstone cathedral commenced in the late 12th century. Historians estimate that building works begun in 1163. Nearly two centuries later, it was finished in 1345. The original spire, installed in 1250, was taken down five centuries later; comprehensive reconstruction and renovations began in the mid-19th century and a new spire was erected in 1860. Despite the renovations, some parts of the structure — including some of the numerous oak beams that constituted its inner structure — were original and thus over 800 years old.

The cathedral is home to countless works of priceless art, including carvings, sculptures, paintings, tapestries and stained glass windows. Some 16 copper statues had been removed from the spire last week as part of the renovation. Firefighters raced against the flames to remove numerous artworks to rescue them from obliteration. Officials said overnight that some artworks had been saved, but details were not yet available as to the condition of the collections. 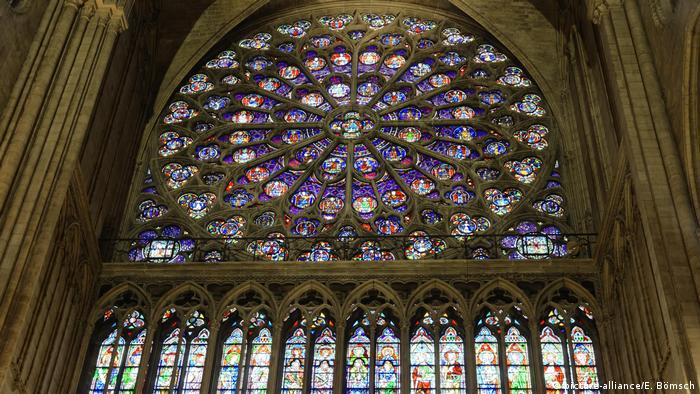 "It's our history, our literature, our imagination, the place where we experienced all our greatest moments," an emotional French President Emmanuel Macron said after a visiting the scene of the fire. The president vowed to begin an international funding effort on Tuesday, telling reporters outside the cathedral that "we will rebuild."

Notre Dame "is a symbol of Paris, a symbol of peace, togetherness and concord... which occupies an exceptional site at the heart of the city," Middle Ages specialist Claude Gauvard told AFP.

The cathedral also serves the heart of the city in a literal sense: The plaza facing the cathedral's entrance is France's "kilometer zero" — the precise location from which all distances to other cities along French highways are measured. 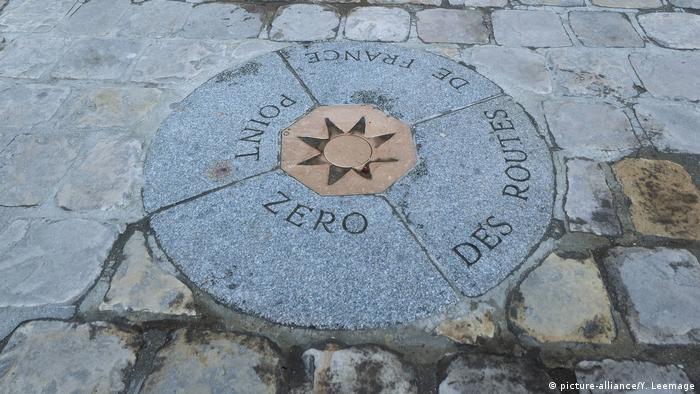 Notre Dame has played a central role in French history since its inception. French Catholics hold the cathedral especially dear, as the site holds several early Christian relics, including the crown of thorns believed to have been placed on Jesus Christ's head before his crucifixion.

The relics moved around several locations throughout the middle ages and were long held by Byzantine emperors in Constantinople. They were acquired by Saint Louis — Louis IX of France — in 1239, and he had the Sainte-Chappelle built to house the relics. They were later moved to Notre Dame. Paris Mayor Anne Hidalgo tweeted early Tuesday that authorities had formed "a remarkable human chain" to successfully save the crown of thorns, Saint Louis' tunic, and many other major pieces.

When Saint Joan of Arc's family launched a posthumous appeal against her 1431 execution for heresy, the hearings were conducted in Notre Dame. Nearly five centuries later, in 1909, her beatification as a saint was held there.

During the French Revolution, which began in 1789, the cathedral was vandalized as violence against Catholics and their houses of worship became widespread. It was at this point that the spire was dismantled; the cathedral's treasures were plundered and the large statues at the grand entrance were destroyed.

Napoleon Bonaparte crowned himself emperor of France at Notre Dame in 1804, ushering in a new era for French and European history.

Victor Hugo's "The Hunchback of Notre Dame" was written in 1831 with the cathedral as its setting — at a time when Notre Dame had fallen into disrepair and was thought to soon be lost. But a vast restoration campaign that began in 1844 saved the cathedral, and many have credited his work with its revival.

In the closing days of World War Two, the liberation of Paris from Nazi occupation on August 24, 1944 was announced by the cathedral's massive tenor bell. Then, twenty-six years later, it hosted the funeral of Charles de Gaulle, a rare honor given to the leader who steered France's resistance during the war. 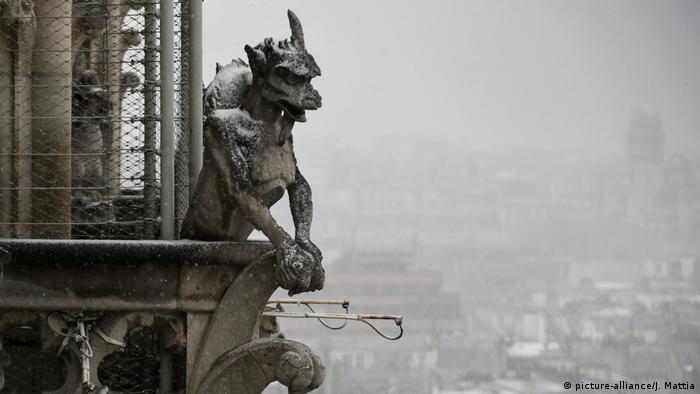 Situated on the Ile de la Cite, an island in the Seine River, the Notre Dame Cathedral is famous for its architecture, adorned with many gargoyles and supported by its iconic flying buttresses.

Inside Notre Dame are celebrated artworks such as its three stained-glass rose windows, which are placed high up on the west, north and south faces of the cathedral. The cathedral's organ, which was restored in the 1990s and underwent meticulous refurbishing in 2013, is considered the most famous such instrument in the world. 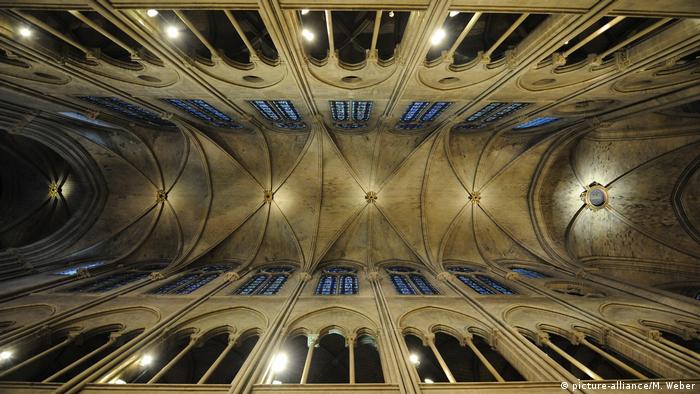 The interior view of Notre Dame's vault, much of which has been destroyed by the fire

Firefighters said on Monday that they worked to protect the rear of the building "where the most precious artifacts are located."

A treasure trove of jewelry from the Bourbon-Parma royal family — including pieces once owned Marie Antoinette — blew past pre-auction estimates. The French queen's pearl and diamond pendant sold for $36 million alone. (15.11.2018)

French authorities say the man shouted "this is for Syria" as he assaulted a police officer with a hammer outside Notre Dame Cathedral. Paris prosecutors have opened a terrorism investigation into the incident. (06.06.2017)

To mark its 850th anniversary, Notre Dame cathedral is ringing in Easter with newly minted bells. The tones of the bells at the iconic Paris landmark are reminiscent of the originals. (31.03.2013)