Northwest Passage cruise plans not without risk | Environment | All topics from climate change to conservation | DW | 31.03.2016

As Arctic ice raidly melts, cruise ships are heading into previously inaccessible waters. How safe is shipping in the far north? Arctic expert Malte Humpert says it will remain high-risk for a long time to come. 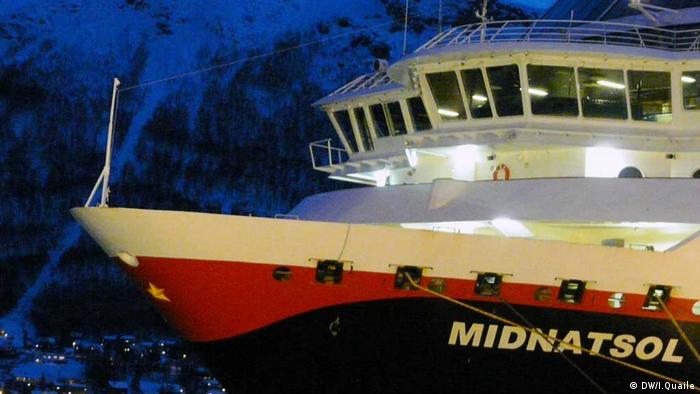 DW: How safe is increasing cruise tourism in Arctic waters?

We have already seen a slight increase in tourism shipping, especially on the west coast of Greenland and going up to the archipelago of Svalbard, which belongs to Norway. We have seen a few private vessels, small yachts, going through the North-West Passage in Canada.

But this summer we have a major cruise ship planning to go through the North West Passage: 1,100 people plus 600 crew. That's almost 2,000 people, a whole new dimension. There are varying challenges, ranging from ice flows to uncharted depths to unpredictable waters, and so the range of risk is pretty high.

Of course one can take precautions like ice pilots and having rescue equipment and icebreakers on standby. But you're still in a very remote area with very small populations, very limited capacity. So the larger these vessels get, the larger the rescue effort would be required to get people safely to land. The risk gets exponentially higher. 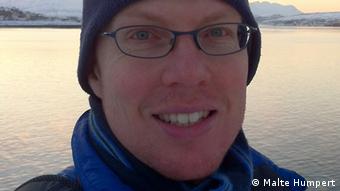 Just a few years back we had the Costa Concordia disaster. What would happen if something like that took place in the remote regions of the Arctic?

That's a very horrifying scenario. The Costa Concordia was close to shore in the Mediterranean, one of the most frequented cruise ship lanes in the world, and even there it took over 50 lives.

In the Arctic, if you're looking at a ship with 1,800 people - first of all you're not in the Mediterranean where waters are rather temperate and where you have calm seas most of the time. In the Arctic, most likely if something goes wrong, it's not going to go wrong on a nice sunny day with five degrees Centigrade. It's probably going to go wrong in really harsh conditions. Suddenly you have a ship with 1,500 to 1,800 people, most of the people probably elderly, in frigid waters. The largest communities on shore are probably smaller than the amount of people on the vessel itself, and even if you have a helicopter or two on standby - how long is it going to take to get those people off the ship?

The first cruises now through the Northwest Passage are probably highly prepared, with all the precautions they can take. But one can see that if it goes well this time, and well again the next year and the next year again, then suddenly we might have lower budget cruises that don't take the necessary precautions. And with higher frequencies of these voyages, the risks definitely go up.

We have just seen a record-breaking warm winter and a huge decline in sea ice in some regions of the Arctic. Do you think that lulls people into a sort of false sense of safety and security?

I would absolutely agree with that statement. Whenever people read in the headlines "ice-free Arctic", it kind of makes it sound like the Arctic is now your local pool or the Mediterranean, suddenly. The Arctic is still a very harsh environment. Just because the ice is melting during the very short summer season and because of this warming - warming does not mean its suddenly warm - you forget that small mistakes in the Arctic can rather quickly become very deadly mistakes. If everything goes well it would probably be the experience of a lifetime, but small errors can quickly become insurmountable in the Arctic. 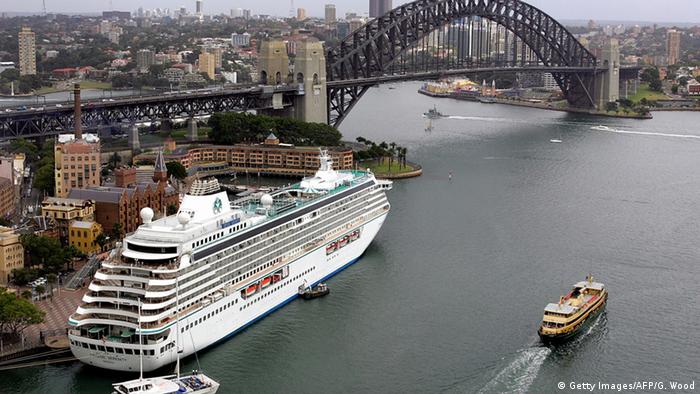 The giant Crystal Serenity, pictured in Australia, is heading for the North-West Passage this August

Is there a danger that climate change is opening the Arctic so fast that it's hard for environmental protection and safety measures to keep pace?

I think whenever you see rapid change in an environment and a new area that was previously inaccessible opening up, it's difficult for policymakers to keep up. I think in this respect the Arctic Council has done an amazing job, really uniting the eight arctic coastal states in recognizing their joint interest in safeguarding the Arctic, be it from oil spills - they signed an oil spill agreement - or be it the search and rescue agreement.

So I think on paper we have - or we are beginning to have - the regulation that we need to safeguard the Arctic. Now it's about actually providing the assets that are needed to implement the agreements that have been signed over the last decade.

Malte Humpert is Executive Director of the Washington-based Arctic Institute/Center for Circumpolar Security Studies. The interview was conducted by Irene Quaile.

The trend accelerated last year and has continued through the first two months of 2016. Experts say the trend is an urgent call for politicians to quickly ratify the climate change accord reached in Paris in December. (21.03.2016)