North Macedonia PM Zoran Zaev: ′We aim to build good relations with Bulgaria′ | Europe| News and current affairs from around the continent | DW | 19.11.2020 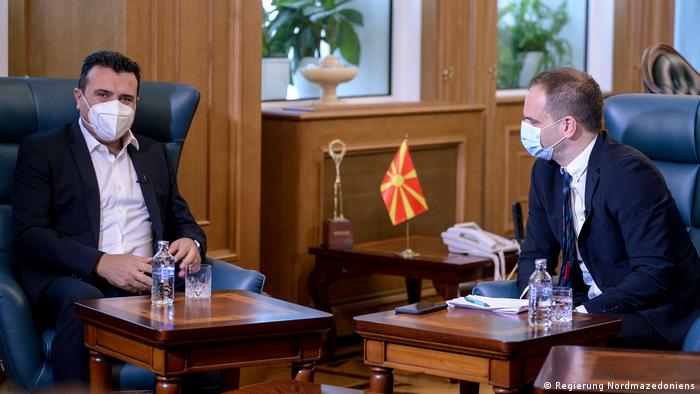 DW: Bulgaria yesterday made good on its threat and blocked the start of EU accession negotiations with North Macedonia. Many outside the Balkan region find the reasons for this veto from Sofia hard to understand. Can you explain what it is that Bulgaria wants, that North Macedonia cannot accept?

The attempt by Bulgaria to define the origin of our identity and the origin of our Macedonian language is unreasonable and indeed unacceptable. After all, every nation – every country – has the right to self-identification and sovereignty.

Bulgaria was the first country to recognize our independence in the 1990s. With that in mind, the idea is to confirm that we share a common history: acceptance of that formed part of the friendship treaty we signed with Bulgaria in 2017. There is no doubt we share a common history, albeit one that gave rise to two nations and two languages. We should treat this as something that connects us, not separates us. 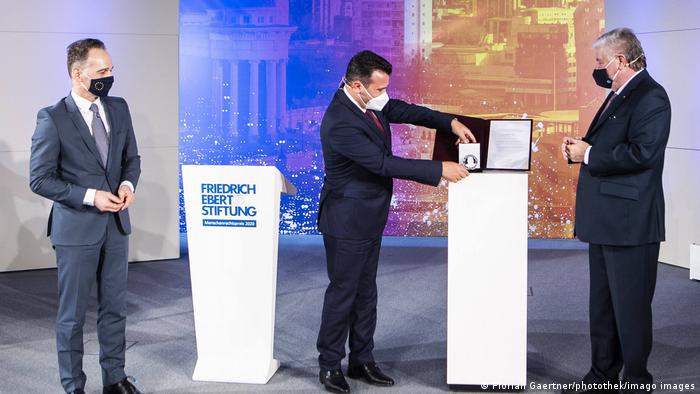 If we are smart, we will use this common history to strengthen connections, build bridges and further our cooperation – to create a future in the European Union for North Macedonia.

The EU has 27 member countries, and you are obviously in contact with many other leaders. Is there any acceptance for Bulgaria's demands among other EU countries? What is their response?

They find Bulgaria's stance very difficult to understand. They fail to see why one country would make such demands of another. For example, we are being asked to recognize something that goes against our right to self-identification, that questions who we are and what language we speak. That is hard to grasp.

The other 26 member countries have been caught off guard and are now trying to find diplomatic ways to motivate both countries to be reasonable. Officially, of course, the integration of the Western Balkans region in the EU is in Bulgaria's strategic interests, because it would be a guarantee for greater cooperation, friendship and mutual assistance. 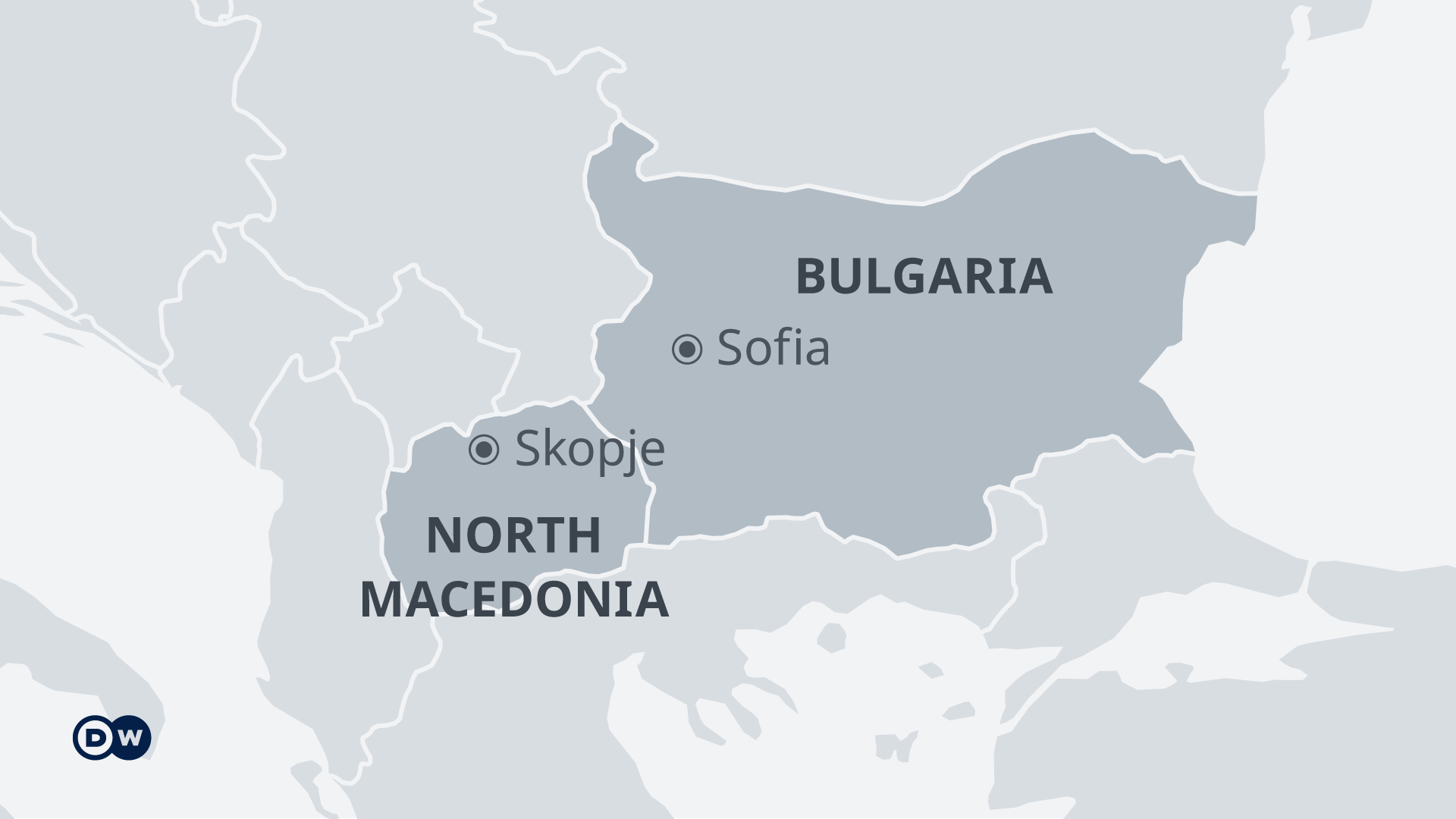 It is a historic decision — we can either decide to go down the narrative path of conflict, or we can make friends and brothers of our nations.

It is the only way we can reach an agreement. Our countries have already signed one very precious treaty, which has given us lots of solutions for the future, improving our cooperation in a variety of ways. We just need to be dedicated to fully implementing this agreement.

In 2018 you faced tough negotiations with neighboring Greece regarding the name of your country. Now, another historical dispute is delaying North Macedonia's accession to the European Union. You have already said that you are not going to negotiate on issues like identity and language with Bulgaria. Indeed, compromise right now would appear impossible. So, what are the alternatives for you and your government?

First, as a candidate country that plans to become a full member in 5 or 10 years, I believe North Macedonia is an excellent proposition for the EU and for EU members. Moreover, our attitude has been exemplary, and not only with regards to the Prespa Agreement.

Prespa is a prime example of how compromise can be struck between two ethnic groups using diplomacy and European values. By inserting the geographical qualifier "North" into our country's name, thereby separating North Macedonia from Greek Macedonia we built a bridge between our nations. It is an agreement that can serve as a model all around the world. 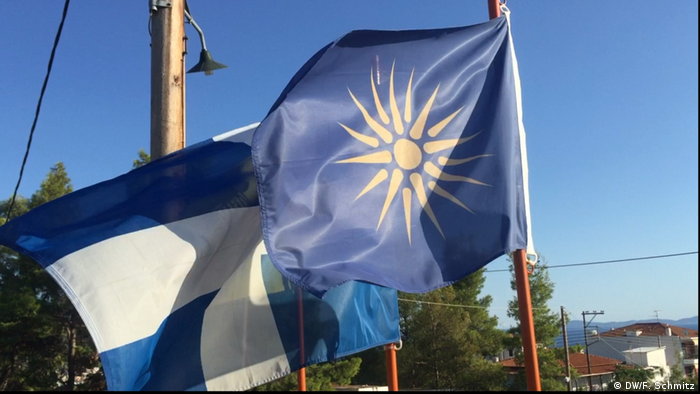 The flags of Greece and the Greek part of Macedonia

And again, the friendship treaty we signed with Bulgaria in 2017, which focused on our common history, has much to commend it. Through this common history we aim to build brotherhood and good relations with Bulgaria. We also apply these European values within North Macedonia, building bridges between the different ethnic groups.

Global players are hugely interested in this region. The Western Balkans is a major hub of economic, cultural and political interests. This has not escaped the notice of the United States, China or Russia – they are all here. We are a friendly country willing to cooperate with everybody: the only alternative is full membership of the European Union and full commitment to North Macedonia's membership of NATO. 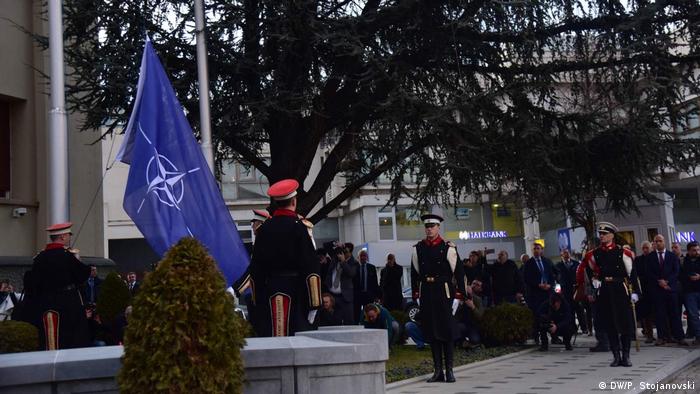 North Macedonia became the 30th member of NATO in February

During last week's EU-Western Balkans summit in Sofia, German chancellor Angela Merkel openly asked you and the Bulgarian Prime Minister Borissov to reconcile your differences. German diplomacy was also actively, if unsuccessfully, involved in trying to find a compromise between Skopje and Sofia. Is there a danger that because of disputes like this one, which are common to the entire Balkans, EU expansion in the region might stop altogether?

Indeed. Moreover, I believe such disputes also endanger the European Union itself. Dangerous moves are afoot within the EU regarding the budget and internal debate. All of us – candidate countries and member countries alike – need to remember why the EU exists in the first place; the benefit European unity brings to the rest of the world; the benefits the common market brings to EU citizens; the importance of understanding each other, finding a consensus.

If Bulgaria manages to raise this issue at a European level, what is to stop Greece from raising similar issues with Albania, or Croatia with Serbia, or even the Czech Republic with Slovakia? The principles and values on which the European Union is founded are sacred. We need to relish our differences, considering them our advantage. Fostering self-identification – the uniqueness of every region and every country – has made Europe what it is today.

Social Democrat Zoran Zaev has been the prime minister of North Macedonia since 2017. He received international recognition after solving the so-called "name issue" with Greece in 2018. He was most recently awarded the Human Rights Prize of the Friedrich Ebert Foundation in Germany.