North Korea's leader reportedly said it was up to the United States to "come up with a courageous decision." But he said the country had to make up its mind by the end of this year. 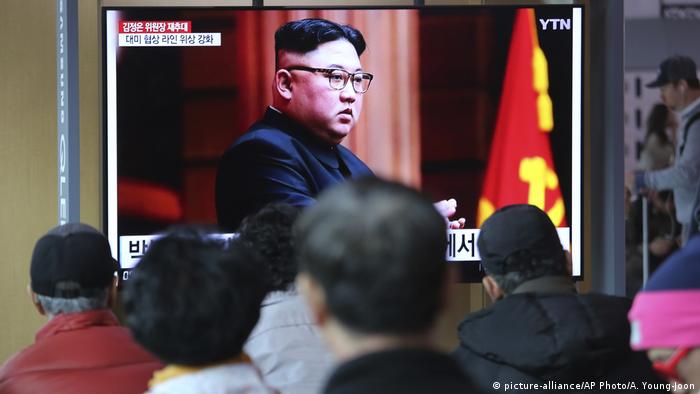 "We will wait with patience until the end of the year for the United States to come up with a courageous decision," Kim was quoted as saying by the Korean Central News Agency (KCNA).

"We of course place importance on resolving problems through dialogue and negotiations. But US-style dialogue of unilaterally pushing its demands doesn't fit us, and we have no interest in it," he added, referring to his second meeting with Trump in Vietnam earlier this year.

The Vietnam talks collapsed because Kim demanded excessive sanctions relief in exchange for agreeing to limited controls on his country's nuclear and missile programs, according to US officials.

After the less than successful second summit in February, Kim said North Korea would resist sanctions pressure by building a self-sufficient economy.

He urged Koreans to achieve self-sufficiency so as to "deal a telling blow to the hostile forces" who believe "sanctions can bring the D.P.R.K. (North Korea) to its knees."

The international sanctions imposed in response to the country's nuclear program target all of its main exports, such as coal, fisheries and textiles, as well as imports of fuel.

In meetings of the Supreme People's Assembly and the ruling Workers' Party on Friday, Kim reshuffled his top team of officials, replacing 91-year-old Kim Yong-nam with 69-year-old Choe Ryong Hae as his effective deputy.

Eighty-year-old Pak Pong Ju was replaced by Kim Jae Ryong, about 20 years his junior, to take charge of the economy. Kim was previously a provincial party boss in Jagang, where there are a number of munitions factories.

South Korean mediation with the US

South Korean President Moon Jae-in has been playing a mediator's role between Kim and Trump. But during a visit to Washington on Thursday, he failed to gain any traction in pushing for a smaller, interim deal between the US and North Korea to at least make some progress on denuclearization of the Korean peninsula.

Trump told Moon: "we're talking about the big deal. The big deal is we have to get rid of the nuclear weapons."

Nevertheless, Moon may seek a further summit with Kim to try to make progress on some kind of agreement.

No agreement reached at Trump-Kim summit

Pyongyang is weighing the suspension of talks with the United States on denuclearizing the Korean peninsula, according to reports. A North Korean official has accused Washington of "gangster-like" tactics. (15.03.2019)

Doan Thi Huong will complete her prison sentence in May for her role in the killing of Kim Jong Nam, the North Korean leader's half brother. Kim died after VX nerve agent was smeared on his face in a Malaysian airport. (01.04.2019)