North Korea has tested a new high-thrust rocket engine, according to state media. The test comes as US Secretary of State Rex Tillerson is in China to discuss US policy toward Pyongyang. 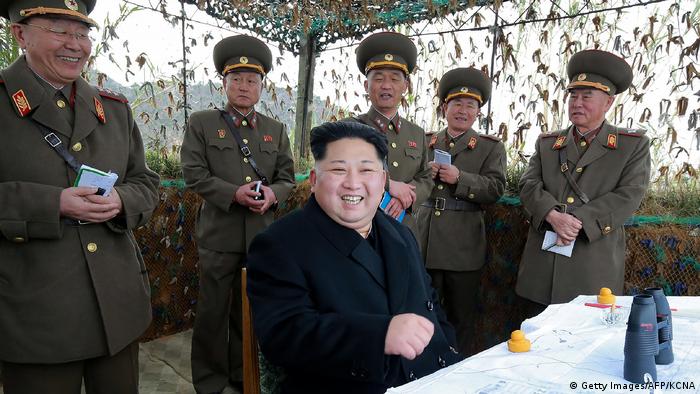 "The development and completion of a new-type high-thrust engine would help consolidate the scientific and technological foundation to match the world-level satellite delivery capability in the field of outer space development," KCNA quoted Kim as saying.

The announcement suggests North Korea tested a rocket engine for a long-range missile as part of its weapons program.

The regime in Pyongyang has repeatedly threatened to hit the US mainland and bases in Japan with long-range missiles.

The rocket test comes as US Secretary of State Rex Tillerson is in China after visiting US allies South Korea and Japan.

In an indication Washington is set to take a tougher approach on North Korea, Tillerson said earlier this week that the United States was growing impatient with "failed" diplomacy and all options including military action were "on the table" to deal with the nuclear threat.

Russia accuses Germany of spreading misinformation on Navalny 3h ago