An analysis of photographs by experts appears to show possible production of plutonium for nuclear weapons at a site in North Korea. The Pentagon has recently voiced concern that extraction was underway. 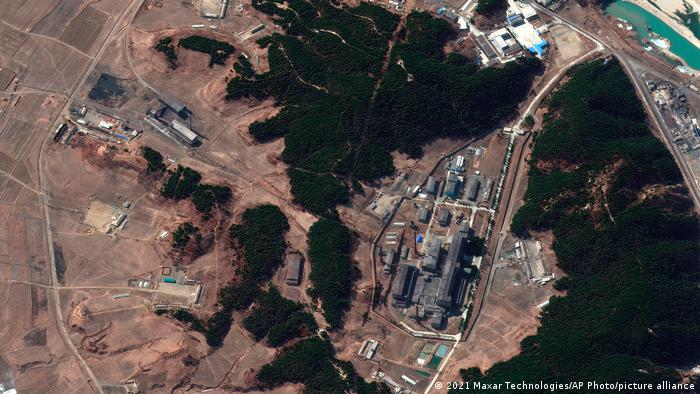 North Korea could be trying to recover plutonium for nuclear weapons at its Yongbyon nuclear complex, experts say.

Plutonium, along with highly enriched uranium, is one of the two key ingredients needed to build nuclear weapons.

What do the images show?

Pictures from commercial satellites show that the radiochemical laboratory at Yongbyon appears to be "in operation again after a nearly two-year hiatus."

The images,  from news website 38 North, which specializes in North Korea, show smoke rising from the chimney of a coal-fired steam power plant.

The smoke was seen at various times in late February and early March.

The radiochemical laboratory is used for reprocessing of spent fuel rods, a process that was initially developed to make plutonium.

What is the significance?

They "could also mean simply the facility is being prepped to handle radioactive waste," the authors of the report wrote.

Earlier this week, the Pentagon's head of intelligence for the Indo-Pacific Command voiced concern about increased North Korean nuclear activity. He cited similar concerns raised about the steam plant from the UN's nuclear agency, the International Atomic Energy Agency (IAEA).

"We have our eye on this. And it is deeply concerning where North Korea wants to go," Rear Admiral Michael Studeman told a virtual event on technology and security.

Studeman said the activity could be intended to get the attention of US President Joe Biden's administration. He said it could be being used as a bargaining chip to press for sanctions relief as the new administration reviews its North Korea policy. 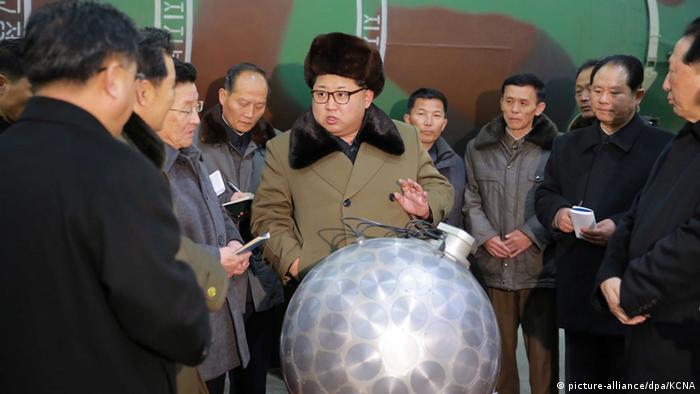 How dangerous is North Korea?

Outside estimates on the nuclear arsenal that North Korea possesses vary widely. An official assessment from South Korea in 2018 was that Pyongyang may have 20 bombs to as many as 60.

In January, North Korean leader Kim Jong Un promised he would enlarge the nuclear arsenal as the country disclosed an array of high-tech weapons systems targeting the United States.

The government showed off a new submarine-launched ballistic missile at a parade in Pyongyang.

US-led diplomatic efforts to persuade North Korea to abandon its weapons program in return for economic and political benefits have stalled since a summit between the previous US president, Donald Trump, and Kim collapsed in early 2019.