North Korea may have a new dictator, but its politics remain the same. The head of DW's Chinese department comments on why its rhetorically violent reaction to new sanctions should not be given too much weight. 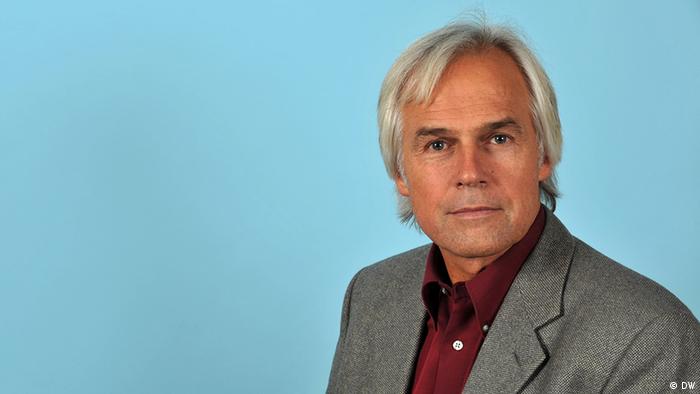 The only thing that remains predictable about Pyongyang is that it is unpredictable. The provocative rocket launch in mid-December was followed by a surprising New Year's speech by the country's dictator. In it, he not only announced a radical change in Pyongyang's economic policy, but also in its relations with the United States.

Now, the words coming out of the isolated North are more threatening: Pyongyang is threatening to test more rockets and even atomic weapons; both would be "aimed at the US," according to state news agency KCNA. So it seems nothing has really changed about the country's policies under its new leader Kim Jong Un, who is continuing his father's tradition of provoking and threatening other powers, especially the US - a policy the country is surprisingly good at. And even now, as before, the government is playing its cards without the slightest regard for its own people.

The tough words Pyongyang used were in reaction to new sanctions agreed upon at the UN Security Council on January 23, even though the sanctions will not really hurt the pariah state. Especially, because the new measures are a lot less harsh than the ones originally suggested by the US. They are only really a slight intensification of existing sanctions which target a few individual companies and people directly involved with the country's missile program.

But what will hurt the North Koreans is the fact that this time Beijing has agreed to the sanctions, as it also did in the years 2006 and 2009 after North Korean rocket tests. The North's last remaining ally has turned its back and the country has never been more isolated than now.

A further way to the bomb

The threats against the US have been empty so far. The rocket launch last December was a success, but Pyongyang is still a long way from possessing the technology to build a functioning nuclear warhead. North Korea has carried out two nuclear tests so far using plutonium bombs. Both tests followed rocket tests. Now experts fear Pyongyang might possibly be in possession of a uranium bomb.

North Korea has invested a lot in its nuclear and rocket programs; the military is still the most powerful institution in the world's only remaining Stalinist hereditary monarchy. And it will not simply let these prestigious symbols of power be taken away. The isolated state does, after all, receive international recognition by posing a threat. In such cases, the world looks to China, North Korea's neighbor and long-time ally. But the image of the relationship between China and North Korea being as "as close as teeth and lips," as it was formulated decades ago, is long gone. Economically, Pyongyang is still completely dependent upon Beijing, nonetheless, China's influence on its neighbor remains limited.

Time and again, the North Korean leadership has snubbed the Chinese government. Thanks to Wikileaks, the word is out that a Chinese deputy foreign minister once told US diplomats that Pyongyang's actions were comparable to those of an "unruly child," as it simply wanted to provoke the attention of the adults. Through its bad manners, this unruly child has learned in the past how to force others to make political and economic concessions. For there is a lot at stake for Beijing as well as for Seoul. The collapse of North Korea would be a humanitarian disaster for South Korea, as it would mean the integration of 25 million impoverished and starving people, who for their entire lives have been brainwashed to hate the South. It would also spell disaster for China in terms of security as it would mean the loss of its buffer against American soldiers in South Korea. China, too, would also have to count on having to deal with a great number of refugees.