Kim Jong Un and Moon Jae-in have exchanged letters in recent months and agreed to improve their ties — starting with reopening emergency hotlines between Seoul and Pyongyang. 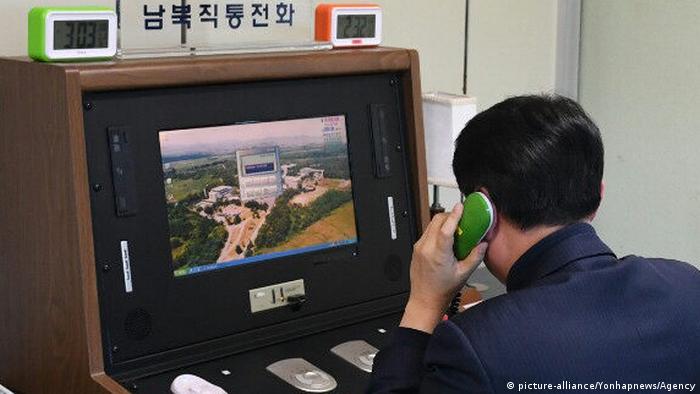 North and South Korea have agreed to restore their suspended hotline channels, according to statements published Tuesday from both sides.

The emergency telephone hotlines between North and South Korea have been in use, with several interruptions, since the 1970s. Most recently, they were severed by Pyongyang in June of 2020.

The announcement to improve ties between the two countries marked the 68th anniversary of the signing of the armistice agreement that ended the Korean War.

What did the Koreas say?

The leaders of both countries have exchanged letters since April and agreed to restore the hotlines as a first step.

"According to the agreement made between the top leaders, the North and the South took a measure to re-operate all inter-Korean communication liaison lines from 10:00 on July 27," the North's official KCNA news agency said.

The two leaders "agreed to make a big stride in recovering the mutual trust and promoting reconciliation by restoring the cutoff inter-Korean communication liaison lines through the recent several exchanges of personal letters," KCNA said. 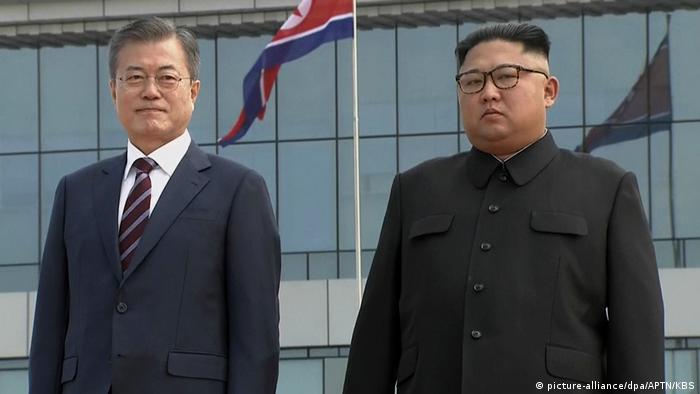 The last official inter-Korean summit was in 2018

"The two leaders also agreed to restore mutual trust between the two Koreas as soon as possible and move forward with the relationship again," Moon's office said in a statement.

Last year, Pyongyang cut off all communication channels with Seoul in protest of what it called South Korea's failure to stop activists from floating anti-North Korean leaflets across their border.

North Korea severed contact with the South following the collapse of a second summit between Kim and then-US President Donald Trump in Hanoi that left nuclear talks at a standstill.

Since then, Kim has threatened to bolster North Korea's nuclear arsenal unless the US ceases practicing "hostile" policies against Pyongyang.

Moon had called for a revival of the hotline and talks with Kim, hoping that US President Joe Biden would help restart negotiations to dismantle North Korea's nuclear and missile programs.

Some political analysts have speculated that the economic pressure on Pyongyang — reportedly triggered by the coronavirus pandemic — might push Kim to reach out to Seoul or Washington.

In a visit to the border area, South Korea's Song Young-moo told North Korea to stick to the terms of the 1953 ceasefire. But since the dramatic defection of a soldier from the North, psychological warfare is raging.