In a visit to the border area, South Korea's Song Young-moo told North Korea to stick to the terms of the 1953 ceasefire. But since the dramatic defection of a soldier from the North, psychological warfare is raging. 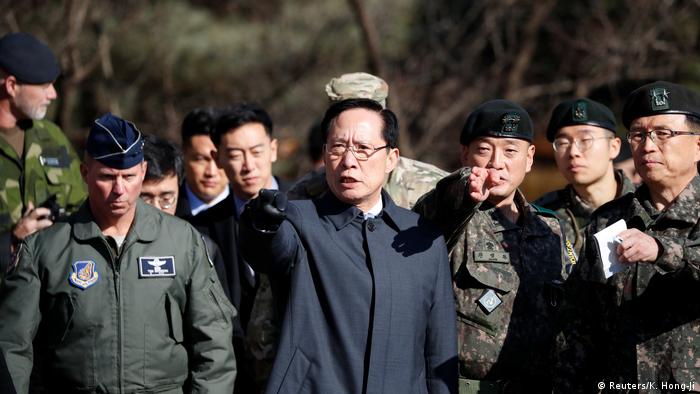 South Korean Defense Minister Song Young-moo on Monday upped the pressure on the North, warning Pyongyang to stop breaching the armistice agreement signed at the end of the 1950-53 Korean War.

A video released by the UN Command in Seoul showed that on November 13, a North Korean border guard briefly crossed the border with the South when chasing a defector.

The man, who has only been identified by his surname, Oh, was shot at and wounded and is now recovering in a South Korean hospital.

"Shooting towards the South at a defecting person, that's a violation of the armistice agreement," Song said during a visit to the so-called Truce Village of Panmunjom in the border area between the two Koreas.

"Crossing the military demarcation line, a violation. Carrying automatic rifles [in the Joint Security Area], another violation," he added as he stood near where South Korean soldiers had found Oh, who had collapsed and was bleeding from his wounds. 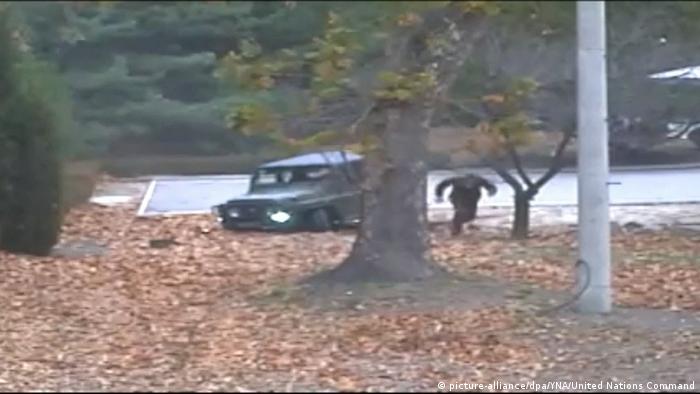 "North Korea should be informed this sort of thing should never occur again."

Since the dramatic defection, which has contributed to already tense relations between the North and the South as well as the US, Pyongyang has reportedly replaced the guards stationed there. Soldiers have fortified a section of the area to block any more defections by digging a trench and planting trees. 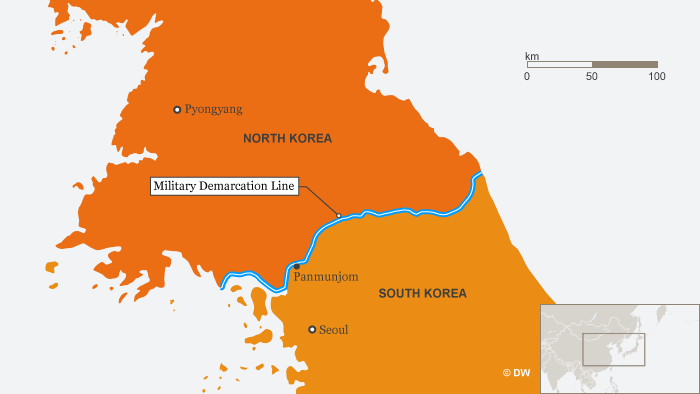 North Korea has drawn the ire of the US and the international community with its recent nuclear tests, leading to an increasingly threatening rhetoric, especially between Pyongyang and Washington.

South Korea's Song also had lunch with soldiers during his visit, whom he commended for acting "promptly and appropriately."

Meanwhile, South Korea has reportedly started broadcasts via loudspeakers recapping the soldier's defection and recovery, although the defense ministry has not confirmed this. North Korea sees the broadcasts, which Seoul has used repeatedly, but less so in the last few years, as a provocation.

Japanese police are investigating eight men who have turned up on Japan's northern coast. The men are said to be from North Korea and appear to be fishermen whose vessel ran into trouble, rather than defectors. (24.11.2017)