EU technology is being harnessed to help a Russian pipe-laying ship to complete the controversial Nord Stream 2 gas pipeline. A DW investigation reveals just how Moscow is bypassing US sanctions. 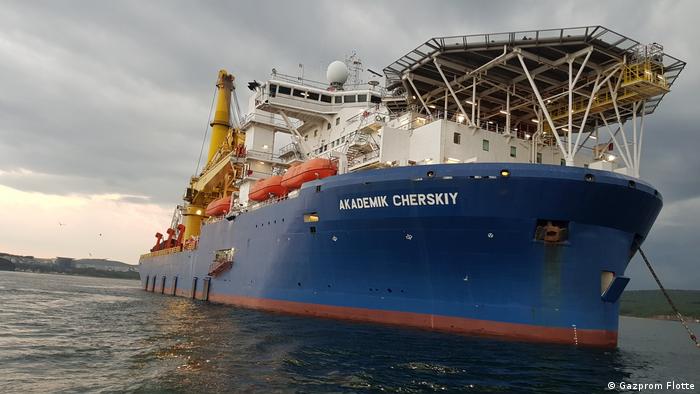 "Every piece of pipeline equipment tells its own story," is the slogan on the website of the Italian company Nuova Patavium. This motto is particularly apt considering this firm recently equipped a Russian vessel used in the construction of the Nord Stream 2 gas pipeline in the Baltic Sea. DW asks, what if that story is corporate crime?

At the heart of this tale is the second section of the most geopolitically controversial pipeline in the world. When it's finished, Nord Stream 2 will deliver Russian natural gas to Germany — much to Washington's ire, who has threatened those involved in its construction with sanctions. Despite this, the Russian vessel Akademik Cherskiy is due to restart its pipe-laying activities not far from the German island of Rügen at the end of March.

A new investigation by DW reveals how the latest precision tube processing technology from Italian firm Nuova Patavium is being used onboard the ship. Our revelations are remarkable in light of the financial penalties facing anyone involved in the construction of Nord Stream 2 with contracts worth more than $1 million (€850,000).

The threat of US sanctions had already prompted the Swiss company Allseas to withdraw its pipe-laying vessel from the project at the end of 2019. That led to Moscow redeploying Akademik Cherskiy from the Pacific at the beginning of last year as a replacement. The problem was that the Russian ship was missing vital equipment needed to complete the Baltic Sea project. So how did the Russians circumvent the US sanctions and retrofit the ship?

Russian customs documents obtained by DW have given valuable answers. They're publicly available on the ImportGenius database. Between August and September 2020, Akademik Cherskiy's owner STIF — a small regional subsidiary of Russian energy giant Gazprom — received pipe-laying equipment worth around €10 million from Italy and the Netherlands. The place of delivery was the Port of Mukran on Rügen island, the base for the construction of Nord Stream 2. 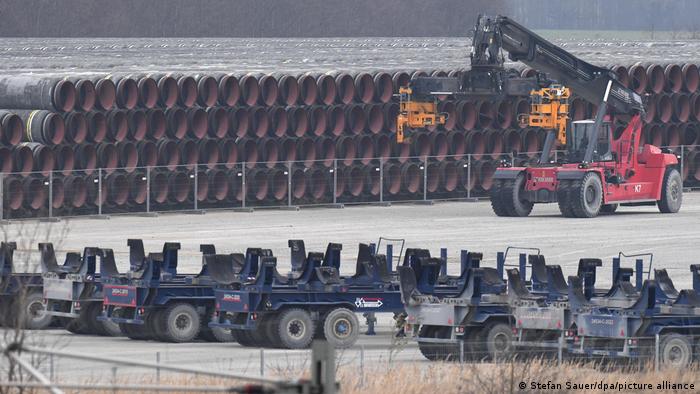 Tricks in the shadow of world politics

On September 12th alone, pipe processing systems with hydraulic drives from Nuova Patavium were sent from Russia to Germany at a price of $1.1 million, according to the Russian customs documents. However, a deeper dive found that the equipment arrived in Russia by way of two separate deliveries with an interval of several months, and each shipment was listed at less than $200,000. The Italian firm has yet to answer DW's request for the reason for the price difference.

From July 2020, when the US sanctions were tightened, the supply chains became even more confusing. Since then — on paper  — the Italian supplier has not done business with the owner of Cherskiy.

The new purchaser of the equipment is Sistema SPB, a St. Petersburg-based company with just three employees. The company has moved offices several times within a few years, has repeatedly changed its field of business as well as its number in the company register.

Sistema SPB has very few tracks, however. The company has a license to install fire alarms in buildings and has unpaid debts to the Association of Oil and Gas Exploration Companies.

In addition to Nuova Patavium, Sistema bought equipment for the Russian pipe-laying vessel from another Italian company, Opus SRL. The equipment was sent to the port of Mukran as the property of the Gazprom subsidiary STIF.

When the equipment was re-exported from Russia to Germany, it was listed as worth $1.2 million — 10 times more than was reported to customs when it was exported from Italy. Opus SRL has also not yet responded to questions from DW.

Another firm under the spotlight is Dutch manufacturer Vermaat Technics BV, whose state-of-the-art robotic orbital welder Veraweld Torch System D was delivered to Mukran by STIF for the Akademik Cherskiy, as evidenced by Russian customs documents.

"We do not know what is going on onboard Akademik Cherskiy," the company said in its written statement. "We did not supply any equipment to complete Nord Stream 2."

The Dutch firm,  therefore, does not expect to be impacted by US sanctions.

On paper, Vermaat Technics had no business with STIF. The welding systems were not delivered to the Gazprom subsidiary, but to a Russian firm called Vermaat Service, which the Dutch firm insisted is not one of its own subsidiaries.

Although Vermaat Technics continued deliveries directly to the Russia-based firm until July 2020, since the tightening of US sanctions it says it has had no further business with Russia.

Instead, another Dutch firm BHS International BV took on further deliveries. Just one mailbox exists for this company in a village in the southeast of the country along with a nonfunctioning website. The firm's internet domain is registered with a Russian company. BHS International does, however, share a partner with the Russian Vermaat Service.

In total, the Akademik Cherskiy received equipment from the Netherlands worth almost $5 million but Vermaat Technics said it had no idea that its technology had been moved from Russia to Germany. 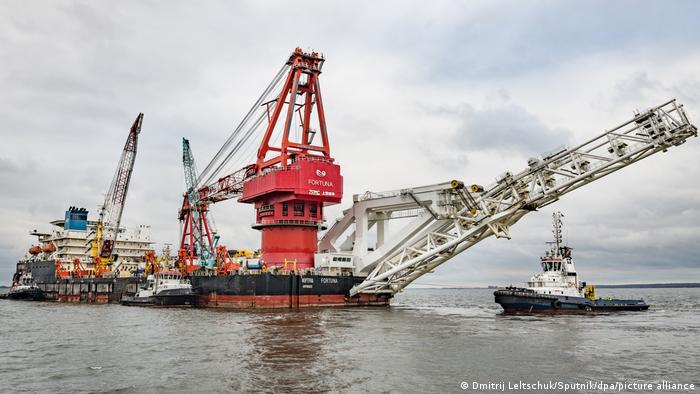 Detours and middlemen, shell companies and price discrepancies — is the US government that easy to fool? Long-time US diplomat Daniel Fried doubts this.

"Using shell companies to avoid sanctions leaves one liable to sanctions. This is not a safe escape room. Setting up a shell company is generally seen as a sanctionable activity," he told DW. From 2014 to 2017, Fried was the coordinator for Russia sanctions in the US State Department.

The ex-diplomat said it is by no means certain that the Europeans will actually be penalized by the US, adding that "sanctions are an expensive way of dealing with the problem" and could easily be met with countersanctions.

Nikos Tsafos of the Washington Center for Strategic and International Studies agrees that European companies don't have much to fear. He believes that the Biden administration will turn a blind eye so as not to overplay its hand and to leave room for a compromise.

"The US is not willing to do everything to stop the project. I think the dividing line has always been not to overly jeopardize the relationship with Europe," Tsafos added.

There is not much time left for such compromise around Nord Stream 2. Akademik Cherskiy is due to finish its pipe-laying activities in September. After being retrofitted with the latest European technology, the Russian ship can lay twice as fast as the smaller ship Fortuna, which has so far been carrying out work south of the Danish island of Bornholm.

The president pointed to the "bigger picture," including Nazi Germany's invasion of the Soviet Union, when asked about the Nord Stream 2 pipeline. This did not go down well with Ukraine.