Noise pollution threatens health of one in five Europeans

One in every five Europeans is suffering from noise pollution so bad that it could harm their health, according to a new study. Road traffic was cited as the main cause, with the problem expected to grow worse. 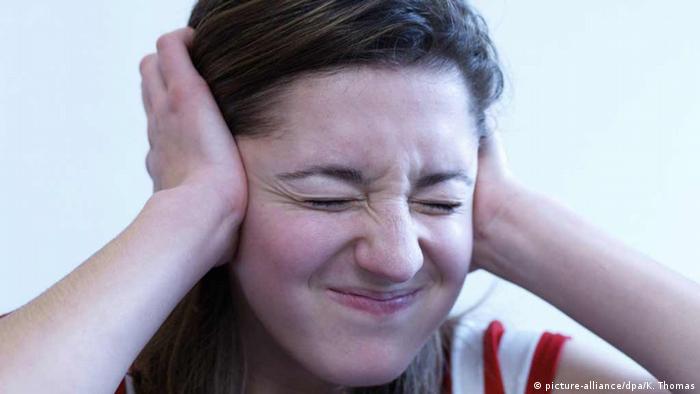 The European Environment Agency said Thursday that noise levels were so bad in the European Union that the bloc was failing to meet its own standards.

"Notably, the objective set for 2020 ...  of decreasing noise pollution and moving towards the WHO recommended levels for noise exposure will not be achieved," the agency said in a statement.

Noise levels for some 113 million Europeans are increasingly higher than those set by the World Health Organization (WHO), a report showed.

About a fifth of Europeans suffer long-term traffic noise so loud that it could damage their health, the EU's environmental watchdog said.

Rapid urban growth was cited as a major factor, with noise from roads the worst source of noise pollution. The sound of rail traffic, airplanes, and heavy industry were also blamed.

Read more: How can we recapture the silence?

Worse still, the agency found that the problem was projected to increase "because of increased future demand for mobility."

Both the EU and WHO consider long-term noise levels above 55 decibels to be potentially damaging to health.

Read more: United in noise: How species deal with our racket

Exposure to noise pollution caused 12,000 premature deaths, the study said, and contributed to 48,000 cases of heart disease caused by a narrowing of the arteries. It was estimated that 22 million people were suffering "chronic high annoyance" and that 6.5 million people suffered chronic high sleep disturbance.

Noise was also said to be a contributing factor to cognitive disorders in 12,500 children across Europe.

Possible solutions included a reduction in traffic speeds and the introduction of smoother, less noisy road surfaces, the study found. It also encouraged more cycling, walking and use of electric vehicles.

Urban Africans contend with a great deal of noise day in and out. In a bid to curb noise pollution, authorities in Ghana want Muslims to use WhatsApp rather than loudspeakers for the call to prayer. (14.04.2018)

Is the sound of cowbells just a part of life in Bavaria? A Munich court has ruled against a couple living in a Bavarian village, who complained about dung, insects, and noise caused by a herd of cows near their house. (10.04.2019)