Olga Tokarczuk and Peter Handke have been honored for "narrative imagination" and "linguistic ingenuity." 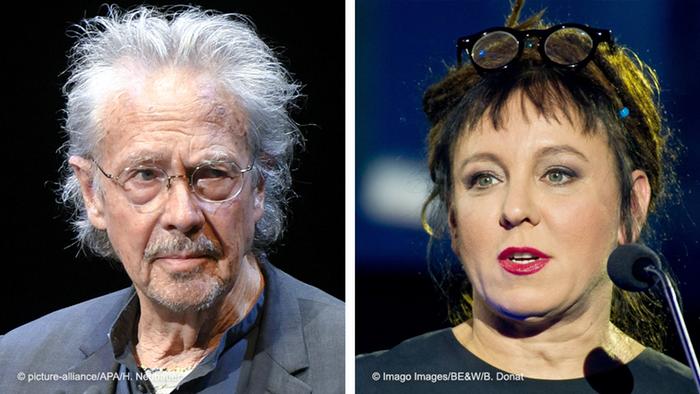 The 2018 and 2019 Nobel Prizes for literature have been awarded to Poland's Olga Tokarczuk and Austria's Peter Handke — a dual announcement that comes in the wake of a crisis that paralyzed the academy last year and led to the postponement of the 2018 announcement.

The controversy included alleged breaches of conflict-of-interest rules as well as a sexual assault case involving Jean-Claude Arnault, the husband of academy member Katarina Frostenson. Arnault was convicted on two counts of rape in December. Frostenson left the academy this year.

Perhaps in a bid to help clean up the mess of last year's suspended Nobel Prize in Literature marred in scandal, Polish author and activist Olga Tokarczuk has garnered the Nobel Prize in Literature retroactively for 2018 for what the Swedish Academy called "a narrative imagination that with encyclopedic passion represents the crossing of boundaries as a form of life." 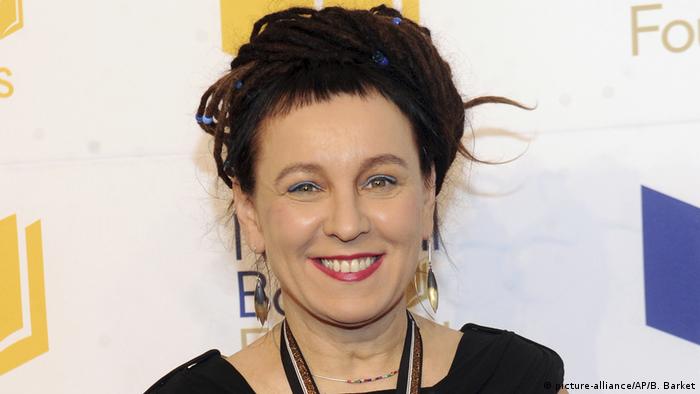 Considered one of her generation's most successful writers, Tokarczuk has also received — along with a host of other literary awards — the renowned Man Booker International Prize for her novel Flights (translated by Jennifer Crost) last year. She was the first Polish writer to win that award.

Born in Sulechow, Poland on January 29, 1962, as the daughter of teachers, she now lives in Wroclaw. Tokarczuk was educated as a psychologist at the University of Warsaw. After graduating in 1985, she began practicing as a therapist. Critics have said that that experience flowed into the mythical tone of her writing. She herself has said her literary work has been deeply inspired by Swiss psychoanalyst Carl Jung.

After her first book, a collection of poems titled Miasta w lustrach (Cities in Mirrors), in 1989, she authored an array of novels, short story collections and essays. The search for the meaning of life by way of a mysterious book quest marked Tokarczuk's 1993 debut novel Podro ludzi Ksiegi (The Journey of the Book-People), set in 17th-century France and Spain. In the follow-up novel E.E. she delved into the psychic realm. The story is about a young woman growing up in a middle class German-Polish family during the 1920s who develops telepathic abilities.

A vast view of Polish history

Tokarczuk's extremely successful third novel Prawiek i inne czasy (Primeval and Other Times) of 1996 depicts life in a fictitious Polish village inhabited by eccentric characters and watched over by four archangels. The time line begins in 1914 and spans 20th century history in Poland. Translated into numerous languages including English, it anchored her international reputation as a literary spearhead of her generation in Poland. As the Swedish Academy wrote on its website, the author claimed that it was her personal attempt to "come to terms with the national image of the past."

"The novel is an excellent example of new Polish literature after 1989, resisting moral judgement and unwilling to represent the conscience of the nation. Instead it shows a remarkable gift of imagination with a high degree of artistic sophistication," the Academy said.

The Swedish Academy has called Tokarczuk's "magnum opus" her 2014 historical novel Księgi Jakubowe (The Books of Jacob). For it, the writer spent years in archives and libraries researching Jewish mysticism and other subjects. The result was a work that "showed the supreme capacity of the novel to represent a case almost beyond human understanding," the Academy wrote.

In addition to many literary awards, Tokarczuk received the German-Polish International Bridge Prize in 2015, which honors achievements in the promotion of peace and mutual understanding among the peoples and nations of Europe. 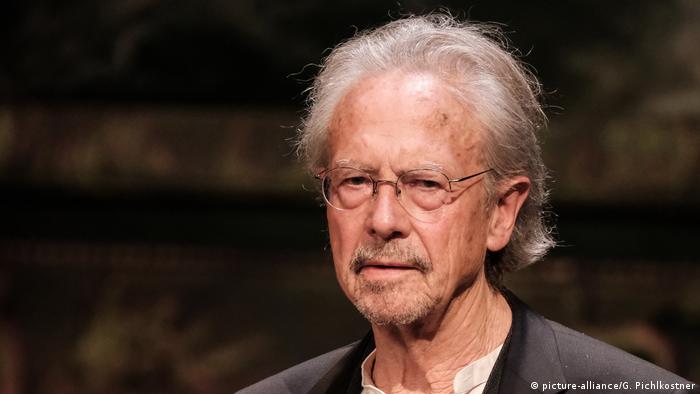 Renowned Austrian novelist and essayist Peter Handke is the 2019 laureate.

The 76-year-old received the prize "for an influential work that with linguistic ingenuity has explored the periphery and the specificity of human experience," the Swedish Academy writes.

Handke was "almost speechless" and "very, very touched" on learning of the award, according to Swedish Nobel Committee chairman Anders Olsson, who talked to the renowned Austrian novelist over the phone.

Peter Handke, an opponent of NATO's airstrikes against Serbia in the 1990s Kosovo wars and a speaker at the funeral of former Serbian leader Slobodan Milosevic, is known as a provocative author who repeatedly sparked controversy in a career spanning more than five decades.

Born on December 6, 1942 in the southern Austrian town of Griffen to a Slovenian mother and German father, Handke attended a Catholic boarding school in Klagenfurt in 1954, where he published his first writings in the school newspaper. He began law studies at the University of Graz in 1961, but gave up law school a few years later when his debut novel The Hornets was published.

Over the decades, Handke has written more than 70 novels, essays, note books, dramatic works and screenplays. The 1970 work The Goalie's Anxiety at the Penalty Kick was an early bestseller, filmed the same year by director Wim Wenders. In 1973, the young author was awarded the prestigious Büchner Prize. Wenders and Handke worked well together: Handke co-wrote the screenplay for Wenders' film Wings of Desire and in 2016, Wenders adapted Handke's earlier play, The Beautiful Days of Aranjuez, which was filmed in 3D.

'To be receptive is everything'

As the Swedish Academy put it, Handke has made sure to "distance himself from prevailing demands on community-oriented and political positions and instead found much of his own literary inspiration within the New Novel movement in French literature (le Nouveau Roman)."

He manages to charge even the "smallest of details in everyday experience with explosive significance," the Academy writes. "His work is thus characterised by a strong adventurous spirit, but also by a nostalgic inclination."

Living in Paris since 1990, Handke admits to having been influenced by classic writers and has translated works by writers including Aeschylus, Euripides, Sophocles, Marguerite Duras, Julien Green, Patrick Modiano, Francis Ponge and Shakespeare.

Both Tokarczuk and Handke are expected to attend the December 10 awards ceremony in Stockholm.

John Goodenough, Stanley Whittingham and Akira Yoshino have been awarded the Nobel Prize for Chemistry for their development of lithium-ion batteries. The batteries are found in everything from watches to automobiles. (09.10.2019)

Oxygen's role in sustaining life may be a central tenet of modern biology, but at its root is immense molecular complexity. In uncovering such mechanisms, the 2019 Nobel winners show how we adapt to oxygen deficiency. (07.10.2019)