No, most working-class Americans did not vote for Donald Trump | Americas | North and South American news impacting on Europe | DW | 29.06.2017

No, most working-class Americans did not vote for Donald Trump

Contrary to a popular belief, working-class voters did not make up the bulk of the Trump vote. Instead, the electorate that put Trump in the White House looks pretty much like the classic Republican coalition. 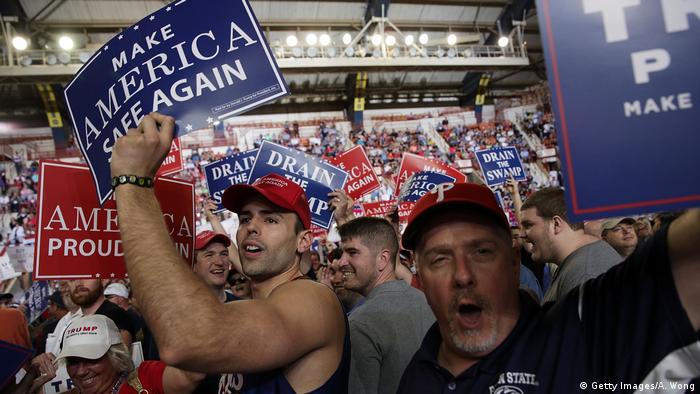 The standard narrative explaining Donald Trump's rapid ascent from the Republican primaries up to his unexpected victory in the presidential election goes something like this:

Trump, the brash New York real estate mogul and reality television personality, had managed to awaken and politicize a slumbering working-class base that was attracted by his unorthodox style and some of his key topics. These fired up working-class voters then turned out in droves, first at his rallies and later at the ballot boxes, assuring Trump's win over his Democratic opponent Hillary Clinton.

This narrative sounds alluring, but it has one problem. It is not accurate.

That's because, according to two recent authoritative studies, the Trump electorate actually looks very similar to the standard Republican electorate in which working-class Americans play a role - but not the outsized role that is often ascribed to them in the Trump vote.

Trump's base was not mostly working class

"With that data there is no reason to think that his base was majority or even close to majority working-class people,” said Noam Lupu, a political scientist at Vanderbilt University, who analyzed the latest results of the American National Election Study, the leading academically-run national survey of voters in the US.

Young and right-wing in New York

Young and right-wing in New York

Instead what Lupu and a colleague found when they looked at who voted for Trump was pretty traditional Republican fare.

Since participants' professions, typically a good indicator of class status, are usually not sampled in US surveys, the scholars had to rely on income data as the defining criteria of working-class status.  Accordingly, individuals who earned below the median household income were considered working-class voters for the purposes of the study.

"People have been surprised by the data,” said Lupu, because the Trump electorate "looks very similar demographically to the standard Republican coalition."

This, he added, is also supported by the early policy goals pushed by Donald Trump and Congressional Republicans - doing away with the Affordable Care Act and tax reform - both traditional Republican ideas, but not necessarily ones advocated by working-class voters.

Emily Ekins, director of polling at the libertarian Cato Institute, also zeroed in on the Trump electorate in an analysis of the Democracy Fund's Voter Study Group data. Her research likewise shows that working-class Americans comprised only one (out of five different) segments that made up the Trump coalition. 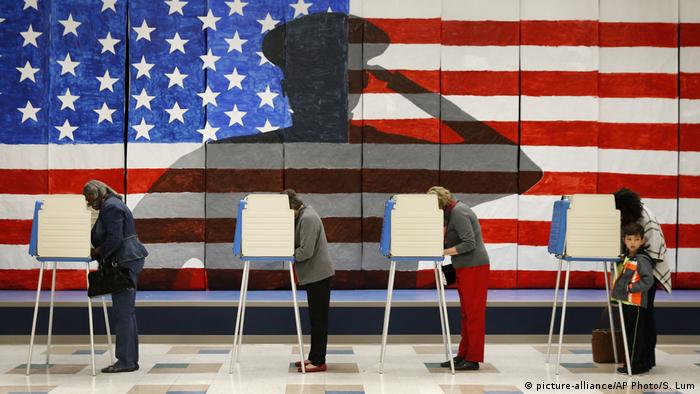 The Trump electorate was fairly typical for a Republican presidential candidate

No single type of Trump voter

"There is no such thing as a single type of Trump voter who voted for him for one single reason,” said Ekins. "Of the five groups, the one that fits the media account of the stereotypical Trump voter is what I call the American Preservationist."

This is the often mentioned working-class American who is deeply concerned about immigration and racial minorities, but leans economically progressive and supports raising taxes on the wealthy as well as large government programs like Medicare.

While the American Preservationists may have been the most vocal - and most unusual - slice of the Trump coalition, they comprised only 20 percent of the president's electorate.

Its polar opposite, labeled Free Marketeers by Ekins, made up 25 percent of Trump voters, while the so called Staunch Conservatives made up 31 percent. Both groups were less enthusiastic in their support of Trump; especially the Free Marketeers, said Ekins, voted explicitly against Hillary Clinton instead of for Donald Trump. 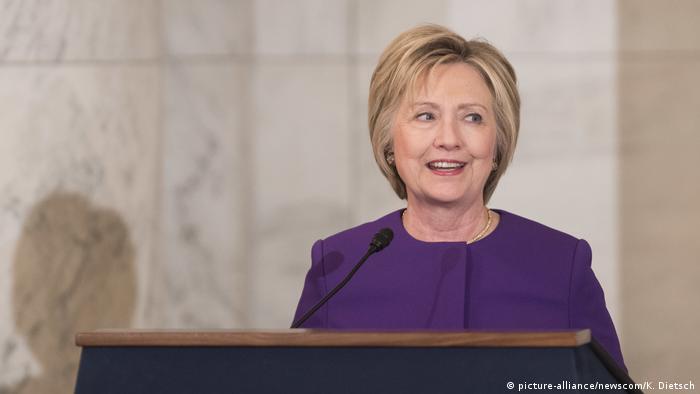 Rallies can be misleading

Still, in the end both groups - traditionally more loyal Republicans than the American Preservationists, a fifth of whom voted for Barack Obama in 2012 - held their noses and voted for the Republican candidate.

This is important, because without the support of traditional Republicans, Trump, despite the fierce backing of working-class voters, would not have been able to win the election.

Lupu and Ekins' research into the Trump electorate has several implications for the public, the media and politicians.

Relying on the people who turn up and have the loudest voice at political rallies may not be a reliable indicator of a candidate's electorate, said Lupu, referring to journalists who tend to feature rally participants prominently in their coverage.

"I think in this particularly case that can be misleading," he said. "A lot of standard Republican coalition voters were probably not that excited about Donald Trump, and so they were not showing up at his rallies, but they still voted to [sic] him. Who shows up at rallies is not a very representative sample of the voter base."

Lupu also warned against what he considers the common typecasting of working-class voters as irrational actors who vote against their economic interests because they vote Republican, said Lupu.

"There is an element of stereotyping and condescension towards working-class people, so this idea that they were especially duped by Donald Trump and his sort of populism fed into that myth that already kind of existed."

For Ekins, a key take away from her research is the sheer diversity of the Republican coalition. "It is far more diverse than people realize."

The people of Youngstown are fed up. These rock solid Democrats are looking for something new. Peter Geoghegan reports from the 'Rust Belt' town where Republican presidential candidate Donald Trump is gaining ground. (05.11.2016)