No love lost in Lewis for Trump′s Scottish roots | Europe | News and current affairs from around the continent | DW | 28.05.2016

No love lost in Lewis for Trump's Scottish roots

Donald Trump wants to keep immigrants out of the US. But the prospective Republican presidential nominee appears to have conveniently forgotten his own roots, writes Peter Geoghegan from the Scottish island of Lewis. 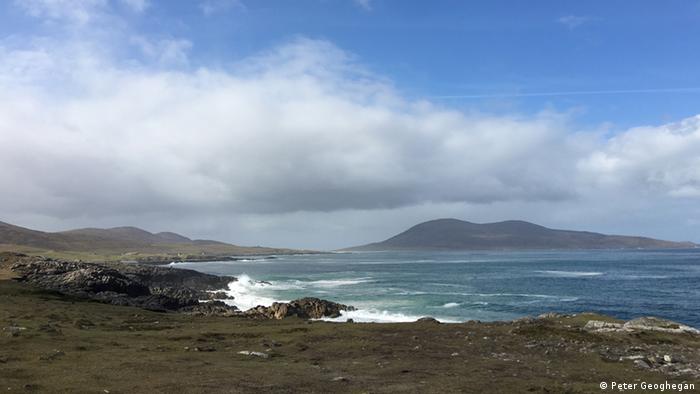 In June 2008, a Boeing 727 with 'Trump' emblazoned in gold across the fuselage touched down on the asphalt at the airport at Stornoway, on the island of Lewis in Scotland's Outer Hebrides. For only the second time in his life, Donald Trump had come to the home of his mother, Mary Anne MacLeod.

Outside his maternal home, a modest, peddled-dashed house in the village of Tong, Trump told reporters: "I feel very comfortable here. I think I do feel Scottish."

On the campaign trail the prospective Republican presidential nominee has talked about keeping immigrants out of the US - from building walls at the Mexican border to banning Muslims - but has said little about his own immigrant story, particularly that of his mother who left Lewis, some 40 miles from mainland Scotland, for a new life in the US aged just 18.

But 'The Donald' owes a lot more to Lewis than he lets on - including his given name, and perhaps even his trademark flame-colored coiffure.

"Emigration has always been part of life here," says Harris-based genealogist Bill Lawson as he takes DW through Mary Anne MacLeod's family tree. Mary Anne was born in May 1912. Growing up with nine siblings was tough. Each member of the household would have been expected to help run the house and work the land.

By the 1920s, Lewis' economy was in tatters, the herring industry decimated by unlikely twin blows of the Russian revolution and American prohibition (Salted Hebridean fish had been a popular bar snack.) Successive harvests had failed, too. In 1930, Mary Anne left for New York aboard the Scottish-built Transylvania, according to Ellis Island records. 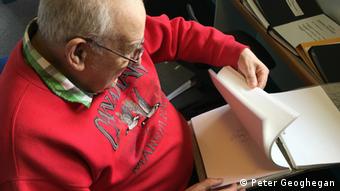 Lawson's own research paints a vivid picture of the family young Mary Anne left behind. All but one of her grandparents were born in Tong - including Donald Smith, who died in 1868 when a squall overturned his boat while fishing off Vatisker Point. His widow, Mary, was left to run the family 'croft,' a small farm holding, and bring up their children. The youngest in the family was Mary MacLeod, Trump's grandmother, who died in 1963, aged 96.

Did Trump get his name from great grandfather Smith? "That's very possible," says Lawson. "Donald is a very common name on Lewis. That is why we still don't shout on the street in Stornoway, 'Donald MacLeod' because you would get 40 of them turning around."

As we continue along the family line Lawson happens upon a surprising discovery: Trump's great-great grandfather, Alasdair MacLeod was known by everyone as "Ruadh," or "Red," on account of his hair - perhaps the source of Trump's own infamous mop (which was more reddish-brown than lurid yellow in his younger days). "Red hair is very common on the islands," Lawson said. "Almost everyone in the island, you trace back their DNA [and] you come to a Viking."

Trump might have got his highlights from Lewis but few on the island are rooting for a potential President Trump come November. Most islanders view Trump's presidential candidacy with a mix of wry amusement and embarrassment. The fact that so many here call him "Domhnall Iain" - the Gaelic for his first and middle name - is a mark of disparagement, not endearment.

Lewis has a strong local identity, often linked to the church. The island is arguably the UK's last religious redoubt. Presbyterianism is not as powerful as it was in Mary Anne's day but until recently the ferry did not sail on Sundays and many still observe the Sabbath.

Lifestyle of the rich and famous 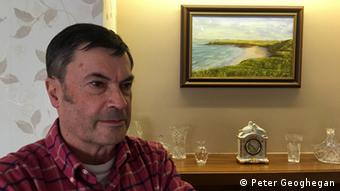 Maciver says Trump's mentality does not sit well with the locals

"Donald Trump's lifestyle would not be compatible with his background on the island," says Reverend James Maciver who grew up near the MacLeod home in Tong.

"It's not that he has made it big in financial terms - it's how he has done it. It's the kind of devil-may-care attitude. It doesn't matter what happens to people as long as he gets what he wants. That doesn't sit well with the mentality on the island," Maciver told DW.

Trump still has family on the island. Two of those cousins, William and Alasdair Murray, still live in the MacLeod family home in Tong - but neither is keen to chat.

"They are good people, but they are fed up with people asking about Trump," a local shop owner told DW.

One person who is happy to talk Trump is Derick Mackenzie, who set up the Facebook page "Isle of Lewis supports Trump for President" (94 likes at the time of writing). "I think he is honest. Honesty is rare today - especially amongst politicians," Mackenzie told DW. "He supports the Bible. The reason our world is in moral and economic ruin today is because we in the West have over time thrown the Bible away. This is fatal." 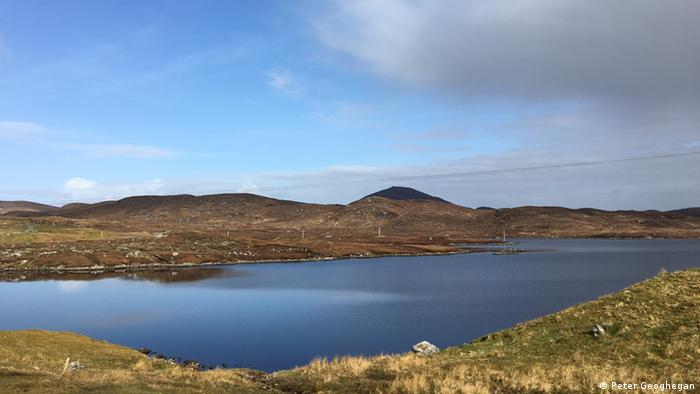 But many believe that Trump only came to Tong in 2008 because he was trying to garner public support for his controversial Aberdeen golf course, which was eventually built after the Scottish government stepped in to overrule the local council.

"The family have had a genuine, long-term relationship with here," says Gaelic broadcaster Kenny MacIver. "Donald? No. Until it was of some use to him, he had no interest."

Donald Trump is expected to return to Scotland later this summer - another golf course he owns, at Turnberry reopens next month - but few on Lewis expect him to make a surprise visit. He has not been back since 2008; and even then he spent just 97 seconds inside his mother's birthplace.