Although of the highest quality, Greek olive oil is difficult to find in German supermarkets. But Italian oil, which is often mixed with Greek, is plentiful. So why can't Greece market its produce better? 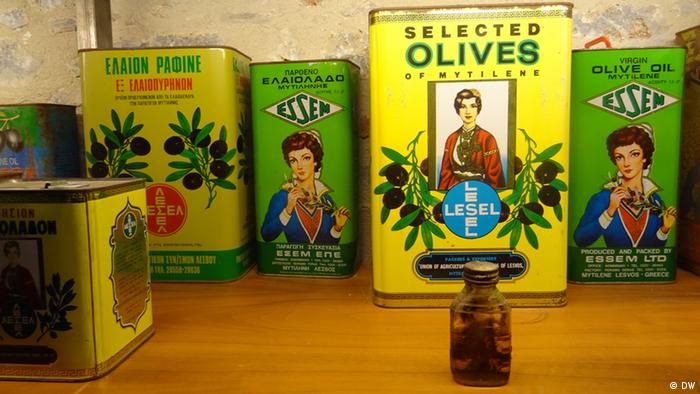 With about 70 percent of overall consumption, Italian olive oil has an unquestioned supremacy on the German market. Spanish and Greek olive oil account for just 10 percent each. But according to Johannes Eisenbach, coordinator of a network of approximately 1,000 small and medium-sized organic farms in Greece and Cyprus, this number belies the quality of Greek olive oil. 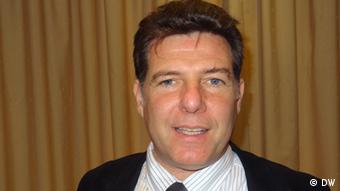 He told a meeting of the German Hanns Seidel Foundation on the Greek island of Lesbos that Italian oil needs to be mixed with Greek to produce the kind of quality and taste which German supermarkets require. The blend is a bargain for Italian traders, who can purchase the Greek oil at just 1.70 euros ($2.15) per liter before selling it at a much higher rate.

But, Eisenbach said, the arrangement is not that great for Greek farmers, and he had a suggestion as to how to improve the situation: "Greek producers and cooperatives would not be allowed to sell to Italian purchasers for a period of four years. That way, Greece might be able to market for itself the 20 percent of Greek oil which is currently in Italian oil."

Eisenbach readily admitted such a proposal is radical. More realistic, he said, would be a much more difficult road - with Greek producers gaining their own access to the German market. Here they could learn from Italian distribution companies that have built up a relationship of trust with German supermarket chains after decades of guaranteed delivery, fixed prices and agreed quality. 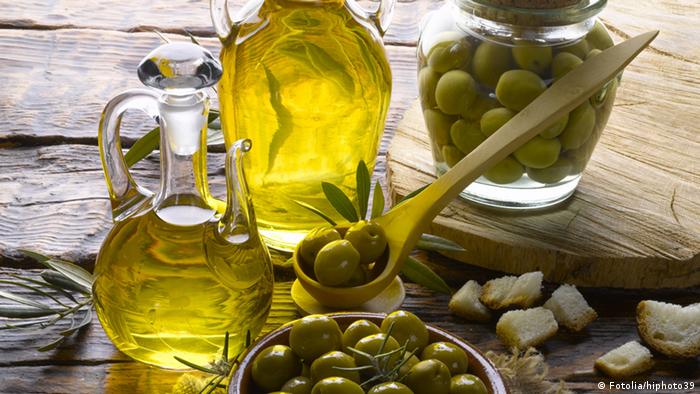 Most olive oil in Germany comes from Italy

Greek olive oil is working with an economic handicap. In Greece, olive trees are typically grown on steep slopes, so that fast and efficient machines can't be used for harvesting. On top of that, the greater distance between Greece and Germany means transport also costs more.

And there's another problem. As Konstantin Protoulis, owner of a olive oil bottling company on Lesbos, "In the last 30 years, the producers have settled down to making their living from state and EU subsidies." That has to change, said Protoulis. "The olive oil producers have to go back out into the olive groves and cultivate them under the guidance of agricultural experts."

With such guidance, the quality of Greek oil could be increased even further. Protoulis said that he's signed contracts with hundreds of growers who have committed themselves to attending seminars and working to meet specific production and quality standards and to not use pesticides. He's already managed to enter the German market together with his German distributor Bastian Jordan.

Opportunities in the German market

The Jordan family has been producing olive oil in Greece for over 20 years, and they sell it to gourmet restaurants. They haven't yet tried to sell it to supermarkets. One reason is that they don't produce enough - but they would have a chance if many producers in Greece banded together and guaranteed delivery along with set quality quantity standards. 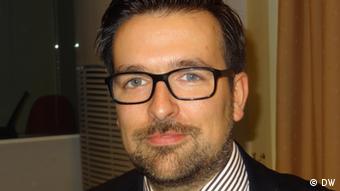 What's also important, Jordan believes, is the attitude one adopts towards the consumer. Part of that attitude, he said, is honesty.

"We don't just sell extra virgin olive oil, which is the very top quality," he said. "We also sell virgin oil, which is also quite reasonable. But the important thing is we sell it as virgin oil."

Almost all the oil sold in German markets is sold as extra virgin, he says, although much of it is really virgin oil: "This is a fraud, which can be put right by honesty."

But that means the public has to be educated so that it can follow the route of the olive from producer to consumer, and that needs time. Distribution and logistics have to be built up, and marketing has to be transparent.

Jordan is convinced that, if the Greeks take this difficult and demanding route, they have a good chance of success. After all, the average German consumes just 0.85 liters (3.6 cups) of olive oil per year - meaning there's plenty of room for growth.

Homer called olive oil "liquid gold," and for thousands of years it has been the basis of the Mediterranean diet. With this year's harvest upon us, DW takes you to Italy for the liquid gold judged best in the world. (23.10.2012)

With their positive vote, Greek parliamentarians met a crucial demand set by international lenders. But the EU's economic outlook is dim, and the German chancellor has said fundamental mistakes have to be corrected now. (08.11.2012)

Cheap imports are a worrying sign for Germany's local produce industry. Rival foreign producers deliver food from countries with low labor and production costs, and the local industry finds itself unable to compete. (13.10.2012)