Olive oil that would please even Homer | Europe | News and current affairs from around the continent | DW | 23.10.2012

Homer called olive oil "liquid gold," and for thousands of years it has been the basis of the Mediterranean diet. With this year's harvest upon us, DW takes you to Italy for the liquid gold judged best in the world. 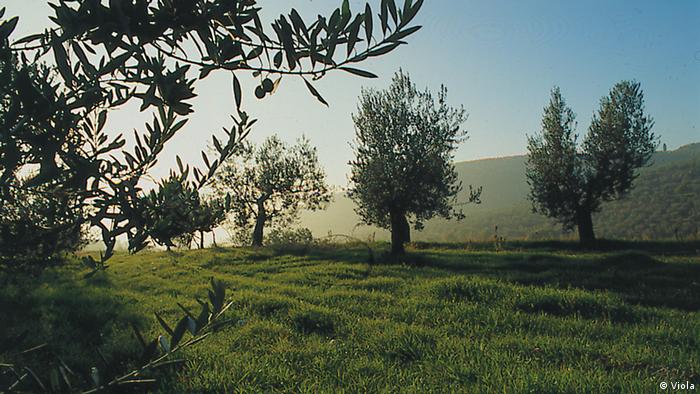 The Roman emperors came, saw, conquered - and then planted olive trees. As the empire spread around the Mediterranean, so did the endless rows of olive trees that produced jugs of olive oil. Back in the day, the Italians did it best, at least according to one ancient expert:

Italy has "excellent olive oil at reasonable prices," the naturalist and author Pliny said back in the first century AD: "The best in the Mediterranean."

A couple of millennia later, the foremost guide to extra virgin olive oils, agrees. Flos Olei's editors judged olive oils from 43 countries to select the 2012 Olive Oil Mill of the Year. The winner of this award, a career Oscar in the olive oil business, is Viola, a small farm in Sant' Eraclio in Umbria. Viola trumped olive oil producers in much-heralded Tuscany, European strongholds such as Spain and Greece, and emerging markets such as Argentina and Uruguay.

“Olive oil represents many things,” said Marco Viola, the CEO of this family-run olive farm and mill. “It means, of course, tradition. It means culture, respect and work."

Up on the Farm

From atop the orchard, Viola can see the hamlet where his grandfather was born. He's in the midst of the farms' 20,000 trees next to one of the mignolo variety. The tree grows on the rolling mountain side at a steep incline with its gnarly roots holding on for dear life. 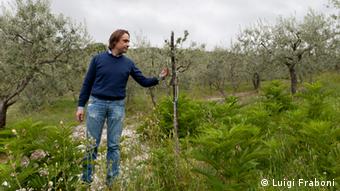 “You see how it is difficult to harvest here,” Viola told DW, gently taking a branch in his hand. “These trees are harvested almost exclusively by hand,” a time-consuming, expensive but necessary process since mechanized means aren't possible due to the trees' position.

These trees will be harvested as they were some 150 years ago when Ferdinando “Fiore” Viola inherited his parents' passion for cultivating olives. The sharecropper scrapped together enough money to buy a small olive grove in the hills surrounding the tiny community of Scandolaro in Umbria. His son Diamante expanded the farm with his uncle and in 1917 built the first mill inside the castle in Sant' Eraclio, a nearby town. With each generation, the farm and its facilities have grown, but it remains relatively small and still family owned.

The olive that didn't fall far from the tree

Marco Viola is the fourth generation to cultivate olives and the third to press them into oil. Along with his brother, he inherited the farm that he's always work at.

“Seeing my relatives doing this work spurred me on, created a passion in me for oil. So I have continued to do what my forefathers, my grandparents did.”

The 43-year-old heads the enterprise, a boy wonder in a country that rarely allows the young to lead. His deep-set eyes don't miss anything, and his intensity matches that of his extra virgin olive oil. You get the feeling that he could do anything well.

Yet olive oil is in his DNA, he says. His ancestors imprinted upon him the importance “to work honestly and fairly…and with infinite respect for what surrounds us, above all the olive trees.”

No chemicals touch the trees on this organic farm. One of Viola's oils also carries the organic certification, a European classification that recognizes that it was made in an environmentally friendly manner. Yet this is merely a new label for Viola's old-fashioned way. However, in other respects, this farm isn't stuck in the 1800s.

“Technology is fundamental,” Viola said. “I make olive oil in a way that's completely different from how my grandfather, father and great-grandfather made it.” 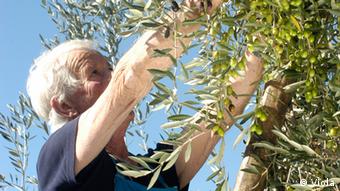 Viola’s workers harvest only some trees by hand

There's no donkey yanking around a stone wheel. Tractors long ago replaced oxen. The nostalgia for old-fashioned production methods needs to be crushed just like the olives. Technological advances allow the production of healthier, more flavorful oil in sanitary conditions.

For instance, Viola's farm workers will harvest only certain trees by hand. On many they'll using vibrating devices that gently shake the olives from the branches at about four times the rate of hand picking. The faster the olives are harvested and pressed, the fresher the oil.

“Without a doubt, the most important technology is the extraction equipment,” said Viola, who this year purchased all new equipment. “Machines that for all practical purposes process the olives without damaging them. This is key since we are very fortunate to have land that gives us magnificent fruit that we can really only make worse."

Get a whiff of this

Editor Laura Marinelli has the nose that knows oil - and the taste buds. She agrees to share her secrets with DW for choosing a quality oil.

She pours a small amount of Viola's Organic Extra Virgin Olive Oil into a cognac-shaped glass which is a cobalt blue. The color choice is deliberate, Marinelli explains, to keep her from seeing the oil's color. Olive oil should not be judged by its color.

“The first thing that they teach you when you take a course to become an expert taster is to recognize the so-called fruitiness,” said Marinelli.

As silly as it sounds, fruitiness is at the heart of an excellent oil. Her nose picks up the fresh scent of the olives that make up this oil. Often a sub-par oil will lose this freshness over time but this Viola's nine-month-old oil smells as if it was just pressed. 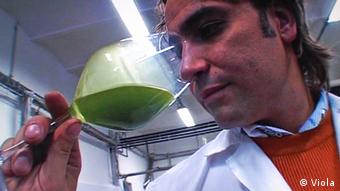 Her nose - rivaling that of a drug-sniffing dog - immediately identifies the oil as a medium intensity. She adds that it's made from a blend of olives of the varieties leccino, frantoio andmoraiolo.

“This oil, in fact, is a very fresh oil,” said Marinelli. There are “hints of balsamic, mint, rosemary and also we can smell vegetables, like locally grown cardo or artichokes.”

The next step is tasting the oil. At a wine tasting, no one refuses to taste the wine. At olive oil tastings, the crowd heats up like cheap oil in a scalding pan.

Marinelli says the typical reaction usually plays out in this way:

“What? You are going to make me drink oil! How is that possible? What will happen? No! Help!”

She takes a small sip from the glass and parts her lips into a tight, closed-mouth smile that resembles the grins of old-time stage actors.

Barely opening the edges of her mouth, she inhales a little oxygen. From this delicate woman, a slurping sound erupts. Not once but three times.

“Certainly it's nothing something that high-ranking princess would do, but, well, it needs to done,” Marinelli confesses. “The oil is then held for a bit in our mouths to let it make contact throughout the oral cavity so the taste buds can identify the various aspects in the oil.”

They confirm what she smelled: this oil packs a garden patch and more.

“In the mouth, what quickly jumps out are two sensations: bitter and spicy,” Marinelli said. “When they are present in an extra virgin olive oil, it's clear sign that the healthy elements in the oil are present.” 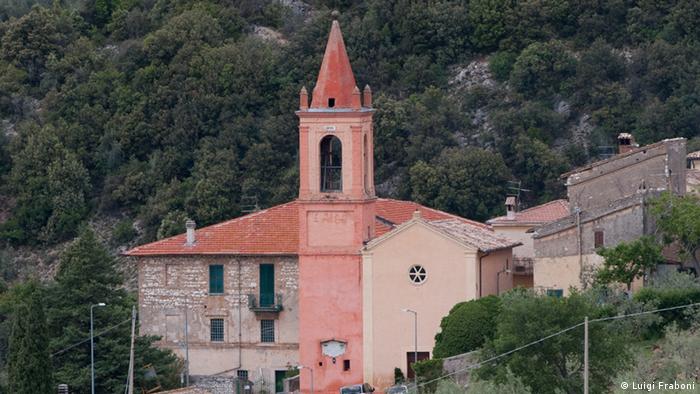 The hamlet of Scandolaro was the birthplace of Diamante Viola, one of the founders of the olive farm and mill

To everything there is a season

Creating an oil that has nutritional value and spotlights the olives' flavors requires Marco Viola to make split-second decisions during the delicate and difficult milling phase.

Marinelli says Viola has a tremendous advantage since he also has an “amazing palate.” This means he's a skilled taster who is able to critically analyze his product in every step of the process. Long before the critics, such as Marinelli, take their turn.

Marinelli adds that Viola has found success due to his willingness to learn, his competence and a secret ingredient: “That touch of madness that's typical in geniuses.”

Such folly is necessary for those who strive for success year after year in a field that is extremely difficult and unpredictable. Mother Nature can cause havoc, more now with climate change. During the harvest and milling, Viola hardly sleeps and admits he's a nervous wreck.

“It is without doubt the most stressful and exhausting period but it's also the most satisfying,” Viola said. “After a year of cultivating the olives and working in the fields, this is the fruit.”

This fruit of their labors will be pressed into oil as Italians have done for millennia. The best little olive oil maker in the world will bottle its oil for shops in Italy and abroad. Another year of oil will arrive on the shelves before Marco Viola and his workers head back out to the fields to start the ancient cycle anew.

Listen to Nancy's report on Inside Europe