India's northern Naga tribes have been in a 50-year dispute with authorities over how they are recognized by New Delhi. Despite promises of rapprochement, armed tension continues. Ankita Mukhopadhyay reports from Kohima. 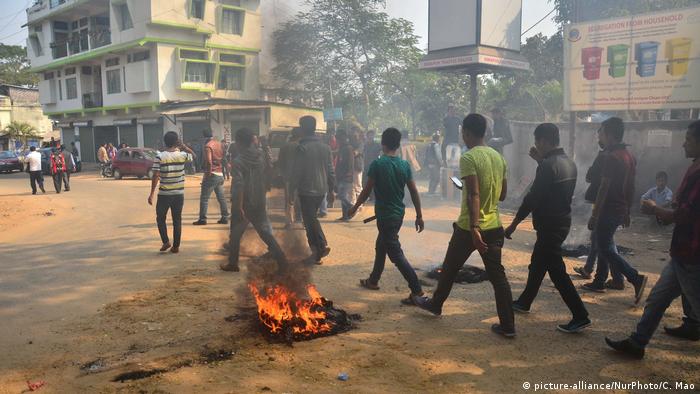 India's northeastern state of Nagaland is embroiled in a conflict dating back more than half a century. Prime Minister Narendra Modi wants to end one of the longest-running guerilla insurgencies in Asia, which has seen thousands of people killed.

However, the Indian government took its first steps toward resolving the dispute only in 2015 by introducing a framework agreement with a Naga nationalist group called the National Socialist Council of Nagalim – Isaac-Muivah (NSCN-IM).

One of the terms of the agreement included granting "special status" to Naga people within India.

In August 2019, Modi asked interlocutor and current governor of Nagaland, R N Ravi, to conclude talks with NSCN-IM and sign a final agreement to end the conflict within three months.

Nearly a year has passed, and there is still no end in sight for the conflict. Tensions grew in July when the Indian army and paramilitary forces started cracking down on NSCN-IM soldiers in the states of Arunachal Pradesh and Nagaland, targeting their arms trade and ammunition.

A government officer, who requested anonymity, said Governor Ravi wants to force the NSCN-IM to the negotiating table by attacking their sources of funding. Naga leaders have repeatedly delayed talks on finalizing the deal.

"The NSCN continues to stay firm on its demand for a separate Naga flag and recognized constitution, which is a difficult demand for the government to accept," said Angshuman Choudhury, a researcher at New Delhi's Institute of Peace and Conflict Studies.

The people of Nagaland

The origins of the Nagaland conflict can be traced back prior to India's independence. Naga tribes are spread out across several states in northeast India and parts of Myanmar. They declared their independence before the British left India, but were forcefully integrated into the republic of India in 1947. 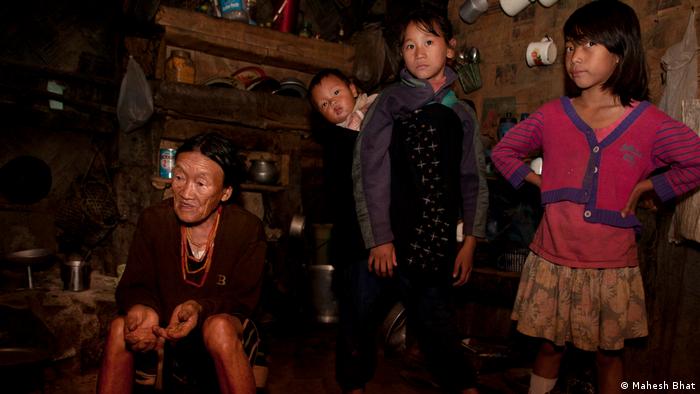 Zakengu-ü (left) is a midwife and village doctor in Khonoma, Nagaland, home to the Angami, one of 16 major tribes

Matters were complicated in 1955 when the Indian government targeted the Naga National Council (NNC), the first organized Naga political force, prompting most NNC leaders to go underground. Part of the NNC eventually split into two factions — the NSCN-IM and the NSCN-Khaplang. The Indian government took advantage of the new division.

Negotiations with the NSCN-IM remain complicated, as Nagas are demanding the integration of their ancestral homelands, which include territories in Assam, Manipur and Arunachal Pradesh. All three states have refused to cede territory to the Nagas.

An observer of the crisis, who requested to remain anonymous, said the Nagas "have no sense of guilt or doubt about the rightness of the facts of their history. They cannot accept being treated as secessionists or separatists by Delhi."

Many Naga people also feel India has failed to effectively "integrate" Nagaland with the rest of the country. Some say Delhi's lack of understanding about their tribal culture results in decisions which are not in the best interest of Nagaland.

Those who migrated for better economic opportunities have also reported frequent discrimination, while others feel alienated by the current Hindu nationalist government. The majority of Nagas are Christian.

A lawyer based in the Nagaland capital, Kohima, said Naga tribes want a solution "but not at the cost of burying the Naga national history."

"We would prefer an arrangement like that of the UK and Scotland," he said. 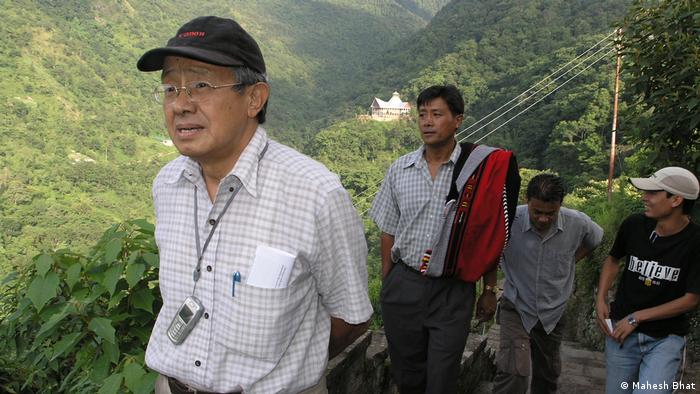 Niketu Iralu, a Naga elder and well-known peace and social activist in Nagaland

A question of politics

Opponents have criticized Governor Ravi for approaching Nagaland like a "law enforcement issue" instead of a political one.

"Ravi is a policeman who only understands law and order and sees everything through that lens," said journalist Subir Bhaumik, a veteran BBC correspondent and editorial director of The Eastern Link news site.

Bhaumik said the government would not have signed a framework agreement with NSCN-IM in 2015 "if Nagaland was a law and order issue." According to Bhaumik, misunderstandings surrounding the history and identity of the Naga people have complicated negotiations.

Delhi views Nagaland as a "disturbed area" and has kept the state under a draconian Armed Forces Special Powers Act (AFSPA). The act extends wide-ranging powers to the army, including the use of force and arrests without warrants. The AFSPA was extended this year until December.

On June 25, Ravi's letter to Nagaland Chief Minister Neiphiu Rio was leaked. In the letter, Ravi alleged that the state government had been a "mute spectator" as "armed gangs" engaged in extortion and violence in the region. Ravi also alleged that "law and order" in Nagaland has collapsed. 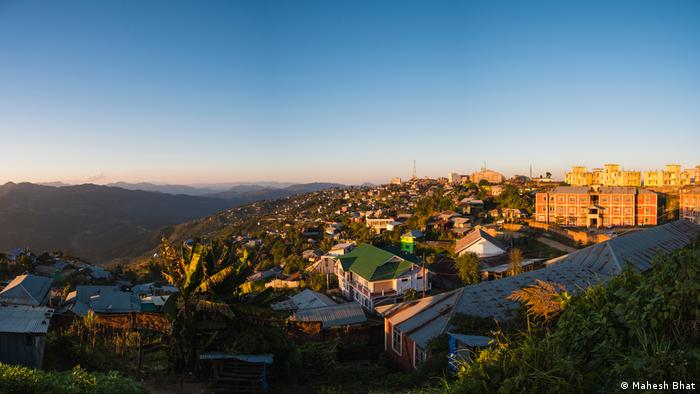 View of Ukhrul town in Manipur, which is the home of Thangkul Nagas

"There are some elite groups and locals in Nagaland who pay money to the insurgents. Either they are supporters or they are forced to pay up, fearing attack on them and their kin," a government officer said in response to a request for comment.

According to researcher Choudhury, "the central government is worried that Naga armed groups including the NSCN-IM continue to exert their parallel authority in the state and in turn, dilute the peace process."

The NSCN-IM responded to Ravi's letter, saying they ran a legitimate government and charged legitimate taxes.

Meanwhile, Niketu Iralu, a Naga elder, has warned the yearslong conflict cannot be resolved by underestimating the positions of the Nagas and the government of India.

"Delhi can't ignore the facts of the history of the Nagas, the most important one of which is that they had declared they were not a part of the new map India inherited from the British. For this reason, the Nagas say their movement is not a struggle for secession," he said.

"India is a very ancient civilization, but it is a young democracy. It can't calmly discuss this issue with the Nagas."