Nigeria's Twitter suspension has cut off millions of Twitter users. The ban, while celebrated by some, has caused a global outcry over freedom of expression and put a spotlight on the nation's north-south divide. 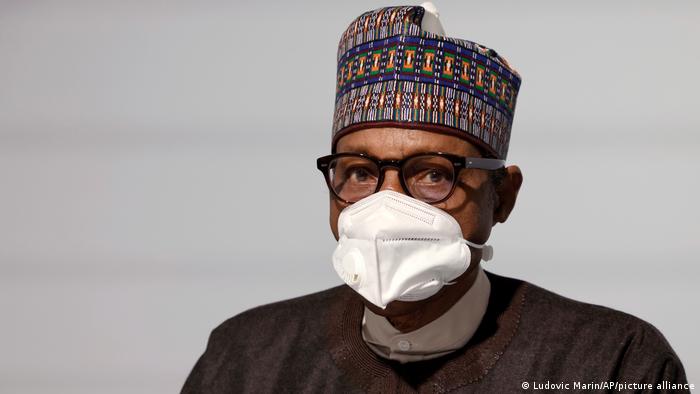 Social media companies wishing to operate in Nigeria must register as a local entity and be licensed, the country's information minister, Lai Mohammed, said this week.

"We are insisting that for you to operate in Nigeria you must first be a Nigerian company and be licensed by the broadcasting commission," Mohammed said, referring to social media firms.

The move followed a ban placed by the Nigerian government on the microblogging and social networking service Twitter. Authorities allege that the platform was being used to destabilize the country by spreading disinformation.

"Twitter has consistently made its platform available to those who are threatening Nigeria's corporate existence; that is the reason for suspending their operations in Nigeria," Mohammed said.

The decision came days after Twitter deleted a tweet by Nigerian President Muhammadu Buhari. The reason given was that the tweet threatened secessionist groups in the southeast that the government claims were responsible for attacks on government and electoral offices.

In the 1960s, Nigeria waged war on one of those groups, which had declared itself the Republic of Biafra.

In the deleted tweet, Buhari compared the ensuing devastating civil war — which killed more than 1 million people — to recent attacks on offices of the national electoral commission.

Buhari threatened to "treat" those who vandalized the electoral offices "in the language they understand."

The president used to be an army general who fought on behalf of the federal government against the Biafra separatists.

Some saw the tweet as "a threat of genocide" against the predominantly Igbo ethnic group in Nigeria's southeast.

Today, renewed calls for secession have gained momentum online, pushed by an army of activists who use social media platforms like Twitter to disseminate information.

The government's main line of argument to defend its ban is that Twitter allows secessionists to disseminate information that undermines the country's stability while blocking the president's remark.

"We found out that Twitter is the platform of choice for a particular separatist leader who resides outside the country and issues directives to his members to attack symbols of government authorities such as the police, military, electoral commission offices, correctional centers, etc.," Lai Mohammed said.

"This is being done willfully and consistently, without any consequences from Twitter. No country that wants to survive would tolerate that and no company, no matter its self-importance, would force a nation to accept this." 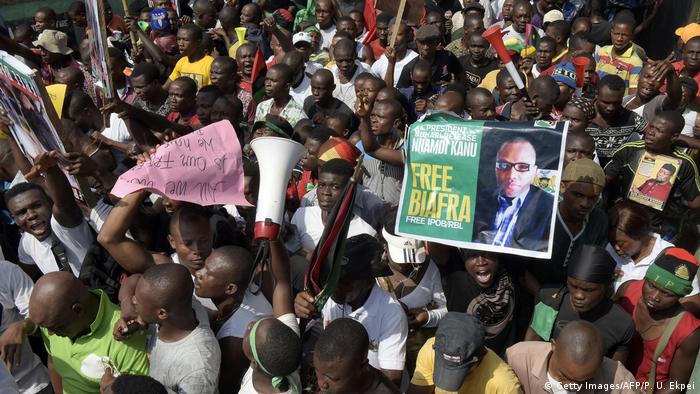 Campaigns for an independent Biafra state have been gaining momentum

The person meant is Nnamdi Kanu, the de facto leader of the Indigenous People of Biafra (IPOB) movement. Kanu, a British Nigerian, was arrested for spearheading a renewed call for Biafra's independence, but he secretly fled the country while on bail. His exact whereabouts are unknown, but some assume he is hiding in Israel.

"Twitter gives the upper hand to the other parties, who are against Nigeria," political analyst Abdullai Mohamed Koli told DW.

"IPOB and so many other bad associations are against the corporate existence of Nigeria."

Twitter users in Nigeria expressed outrage at the ban and warned that Africa's most populous nation was slipping into repression.

Many bypassed the suspension by using virtual private networks (VPNs) to access the service, which has become the default platform to criticize the government.

"Twitter and all other social media platforms are the last alternatives for the common man to express their own mind or to communicate between the citizens and their own leaders," Adamu told DW.

"When these platforms are blocked, there is no way that ordinary citizens can communicate with their leaders."

The number of actual Twitter users within Nigeria is unclear, with the fact-checking site AfricaCheck stating that the number could be as low as 3 million. 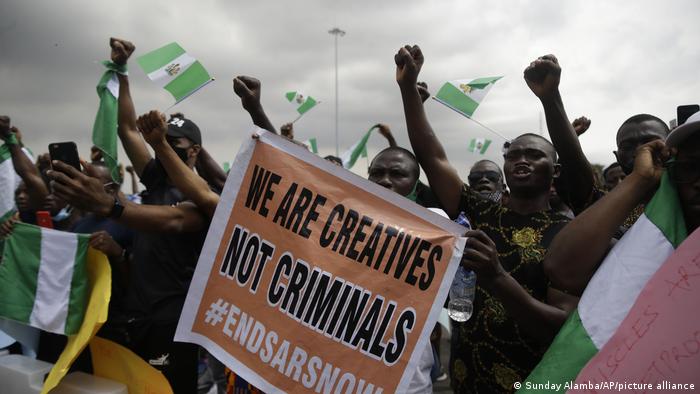 However, in a series of social media posts by DW's Hausa service, many users hailed the ban.

"Twitter has despised my country and our president," wrote Itz Khaleed Bin Muhammad on the Facebook page of DW Hausa.

"We love our country and we want to live in unity and they do not want that. We hope the government should expel them completely."

Nura Haruna Maikarfe Fta also wrote: "Even though I am not a supporter of the Buhari administration, its response towards Twitter is a good one, considering what I call open lack of respect of the platform to the presidency of our country."

"For many, it has been a welcome idea by the Nigerian government. They have not been following the due process, the rules and regulations of the NBC [National Broadcasting Cooperation]," Abdullahi said.

"They do not have any office in Nigeria, they are not paying tax in Nigeria and they refuse to register in Nigeria. A lot of irregularities have been happening under no regulations of the activities of social media in Nigeria."

However, some northerners were against the ban.

"This action is a violation of human rights, and it will not be effective because the proper channel has not been followed, therefore the law does not necessarily apply," wrote Ahmed Mohammed in one of DW Hausa's posts.

"I do not support this kind of banning because Twitter is the most verified social media outfit," Muhammadu Ibrahim, a youth in Bauchi city, told DW.

Freedom of expression on the line?

Legal pundits in Nigeria said the Twitter ban violates the freedom of expression guaranteed by the country's constitution.

"I think the unilateral decisions of sending them away will go a long way ... but won't stop the enthusiasm of Nigerians."

Nigeria's bar association was hoping to file a court motion to lift the ban, but an ongoing nationwide strike by judiciary staff prohibited lawyers from taking further action.

Nigeria's Twitter users are assumed to be primarily young southerners who use the platform to hold their government to account.

In 2020, the microblogging platform provided protesters with a means to communicate and spread publicity during the #EndSARS protests, which were originally aimed at the notorious Special Anti Robbery Squad (SARS) police unit but later metamorphosed into demonstrations targeting governance and corruption.

This article was corrected on 8 July, 2021 to reflect updated information.

Based on statistics from the the Lagos-based researcher NOI Polls, this article originally stated that 40 million Nigerians had a Twitter account. NOI Polls has subsequently revised this figure to 24 million users. However, the fact-checking site AfricaCheck questions this figure, saying it could be as low as 3 million.

Twitter campaigns do not solve Africa’s problems, thinks DW’s Ludger Schadomsky. On the contrary, they undermine democracy and self-determination and in the worst cases, result in US military interventions.