A regional militia in Nigeria has freed 900 children involved in the fight against Islamist Boko Haram insurgents, the UN says. UNICEF says children have been among the worst-hit by the decade-long conflict. 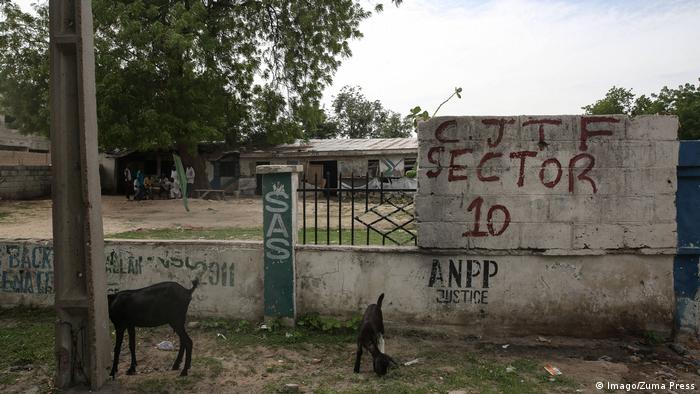 A Nigerian pro-government militia force on Friday released 894 children it had used to help fight an Islamist insurgency in the northeast of the country, the UN children's agency UNICEF said.

"(This) is a step in the right direction for the protection of children's rights and must be recognized and encouraged," Mohamed Fall, the UNICEF Nigeria chief, said in a statement.

"Children of northeast Nigeria have borne the brunt of this conflict. They have been used by armed groups in combatant and non-combatant roles and witnessed death, killing and violence," he said, adding that some had "been abducted, maimed, raped and killed."

The militia, the Civilian Joint Task Force (CJTF), supports regular soldiers engaged in a decade-long conflict against the terrorist Boko Haram group. It committed in 2017 to ending its recruitment of children and previously released another 833 last October.

It remains unclear how many children remain in the ranks of the militia, which was formed in 2013 to protect communities from attack by the terrorists.

Boko Haram, which says it wants to set up a hard-line Islamic state in northeastern Nigeria, has itself recruited thousands of children, also carrying out mass kidnappings in the process.