The UN says more than 1,000 children have been kidnapped by Islamist group Boko Haram in northeastern Nigeria since 2013. The announcement came ahead of the fourth anniversary of the abduction of 276 girls from Chibok. 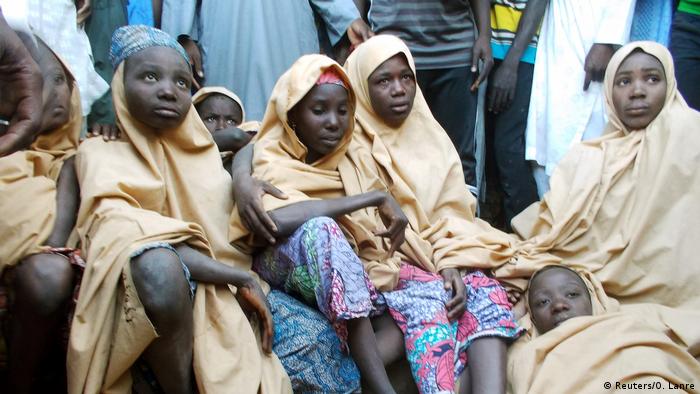 Nigerian extremist group Boko Haram have abducted over 1,000 children over the past five years, the United Nations children's agency UNICEF said on Friday.

The militants' aim is to spread fear and show power, the agency said.

"Children in northeastern Nigeria continue to come under attack on a shocking scale," UNICEF Nigeria head Mohamed Malick Fall said. "These repeated attacks against children in schools are unconscionable."

Boko Haram, which translates roughly to "Western education is forbidden," has staged frequent raids on schools since launching an Islamist insurgency in the country's northeast in 2009. Its violent campaign to carve out an Islamic state there has claimed more than 20,000 lives and displaced over 2 million people.

UNICEF said it had verified at least 1,000 kidnapping cases, but warned the actual figure could be much higher. It added that the group had also killed at least 2,295 teachers and destroyed more than 1,400 schools.

UNICEF's announcement came as Nigeria prepares to mark four years since the kidnapping of 276 girls from their school in the town of Chibok on April 14, 2014. The incident sparked outrage around the world and led to a high-profile social media campaign under the hashtag #BringBackOurGirls. Over 100 of those pupils are still missing.

Nigerian President Muhammadu Buhari was elected in 2015 on a promise to stamp out Boko Haram's insurgency. Although the military has had some success in reclaiming territory from the militants, the group continues to carry out frequent suicide bombings, as well as attacks on security targets and schools.

In February, the group kidnapped more than 100 girls from another school in the northeastern town of Dapchi. Most of them have since been rescued.