Abused students at an Islamic school in Nigeria have "revolted," with most of them managing to escape, officials have said. Police found dozens more in chains. The latest raid comes just weeks after a similar rescue. 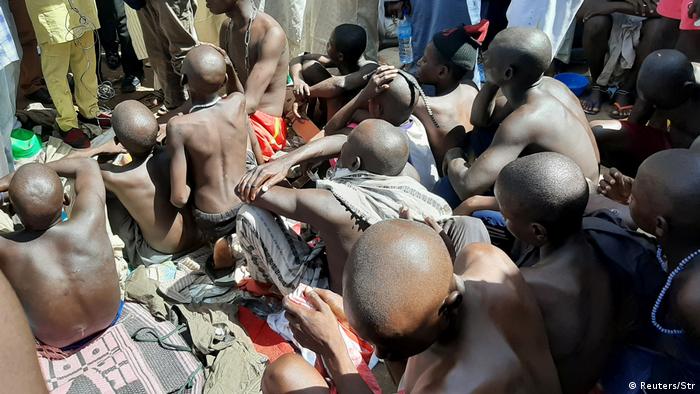 A 78-year-old Muslim cleric has been arrested in northern Nigeria over the alleged torture and abuse of students who attended his Islamic boarding school.

"We learnt that the inmates here are over 300 and because of the inhuman treatments they are being subjected to, they revolted yesterday," Katsina police spokesman Sanusi Buba told reporters on Monday.

Most of the students in the all-male school escaped on Sunday. However, police later found 67 people aged between 7 and 40, "shackled with chains" in the school located in the town of Daura, near the border with Niger.

Students had been tortured and some of them sexually abused by their teachers, according to Buba.

While police were able to detain the school's founder, the current proprietor and teachers managed to flee during the raid. Buba pledged the fugitives would "face the full wrath of the law."

The latest discovery of mass abuse comes less than three weeks after a similar incident in a different part of the country. In late September, police freed over 300 students from an Islamic school in the city of Kaduna, in the northwest. The Kaduna students also reported torture and sexual abuse, and authorities found more than 100 chained on the school premises. 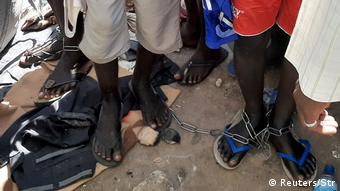 Parents enroll their children in schools similar to those in Daura and Kaduna so the students can study the Koran and be treated for issues such as drug addiction.

However, many Nigerians are now calling on the state to ban the Islamic reformatory centers. President Muhammadu Buhari, a Muslim, has said his government has plans to eventually close the schools.

On Monday, police urged parents not to take their children to "illegal, unauthorized or unapproved remand/rehabilitation centers."

The 25 boys and girls allegedly cooperated with the Islamist terror group Boko Haram. Human and children's rights activists are concerned at how minors are being treated by both militants and Nigeria's army. (04.10.2019)

Nigeria's Operation Safe Corridor aims to facilitate the rehabilitation of ex-insurgents. However, many victims remain hostile towards those attempting to reintegrate into society. (08.08.2019)