The men have been charged with belonging to "an unlawful society." Being in a homosexual relationship can come with a hefty prison sentence in Nigeria. 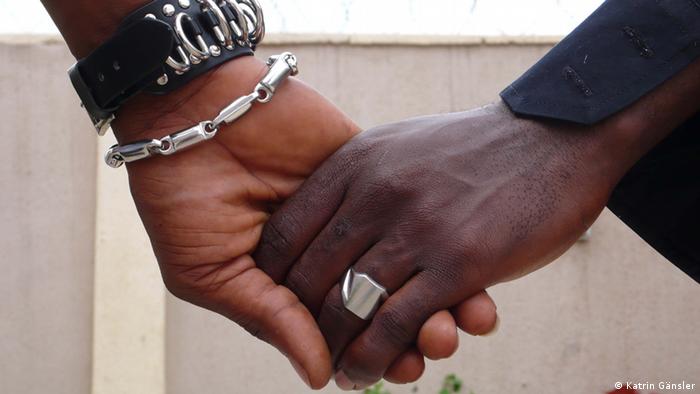 Police in Nigeria said 53 men had been arrested on conspiracy charges on Thursday for trying to organize a gay wedding. Some of them face up to 14 years in jail.

The suspects were arrested at a hotel in the northern city of Zaria, where they had allegedly gathered to celebrate the ceremony. All of the accused are between 20 and 30 years old. The couple who were being honored managed to escape, police said.

The rest have been charged with "belonging to a gang of unlawful society."

Gay marriage is not only banned in Nigeria, in 2014 former President Goodluck Jonathan oversaw a raft of harsh anti-homosexual laws that make gay relationships punishable by between 10 and 14 years in prison.

Despite the harsh laws, many gay couples hold informal ceremonies with their loved ones. One of the most prominent cases came in January 2014, when 12 men were arrested and charged in the city of Bauchi. Violent protests broke out on the court steps with angry mobs demanding the men be put to death. The men were eventually released on bail or had their cases dropped.

In some Muslim regions of Nigeria, which operate under de facto Sharia law, practicing homosexuality is a capital crime.