New Zealand Prime Minister Jacinda Ardern has confirmed that many people remain unaccounted for after a volcano erupted on an island off the coast. Police say they don't expect any more survivors. 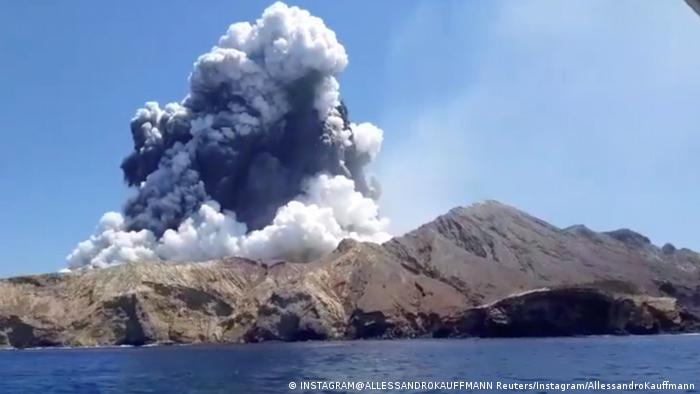 Five people were confirmed dead and 18 others injured, with many more missing, after a volcano erupted on Monday afternoon while dozens of cruise ship passengers were exploring a small, uninhabited New Zealand island.

"Police believe that anyone who could have been taken from the island alive was rescued at the time of the evacuation," police said in a statement. "Based on the information we have, we do not believe there are any survivors on the island."

A massive plume of ash spewed thousands of feet into the air above White Island, also known by the indigenous Maori name Whakaari, which is popular due to its moon-like surface.

The five people who died were part of 23 rescued earlier from the island.

Details of the deceased and injured were not provided, however former Whakatane mayor Tony Bonne said a "young, energetic man lost his life," reported the New Zealand Herald. 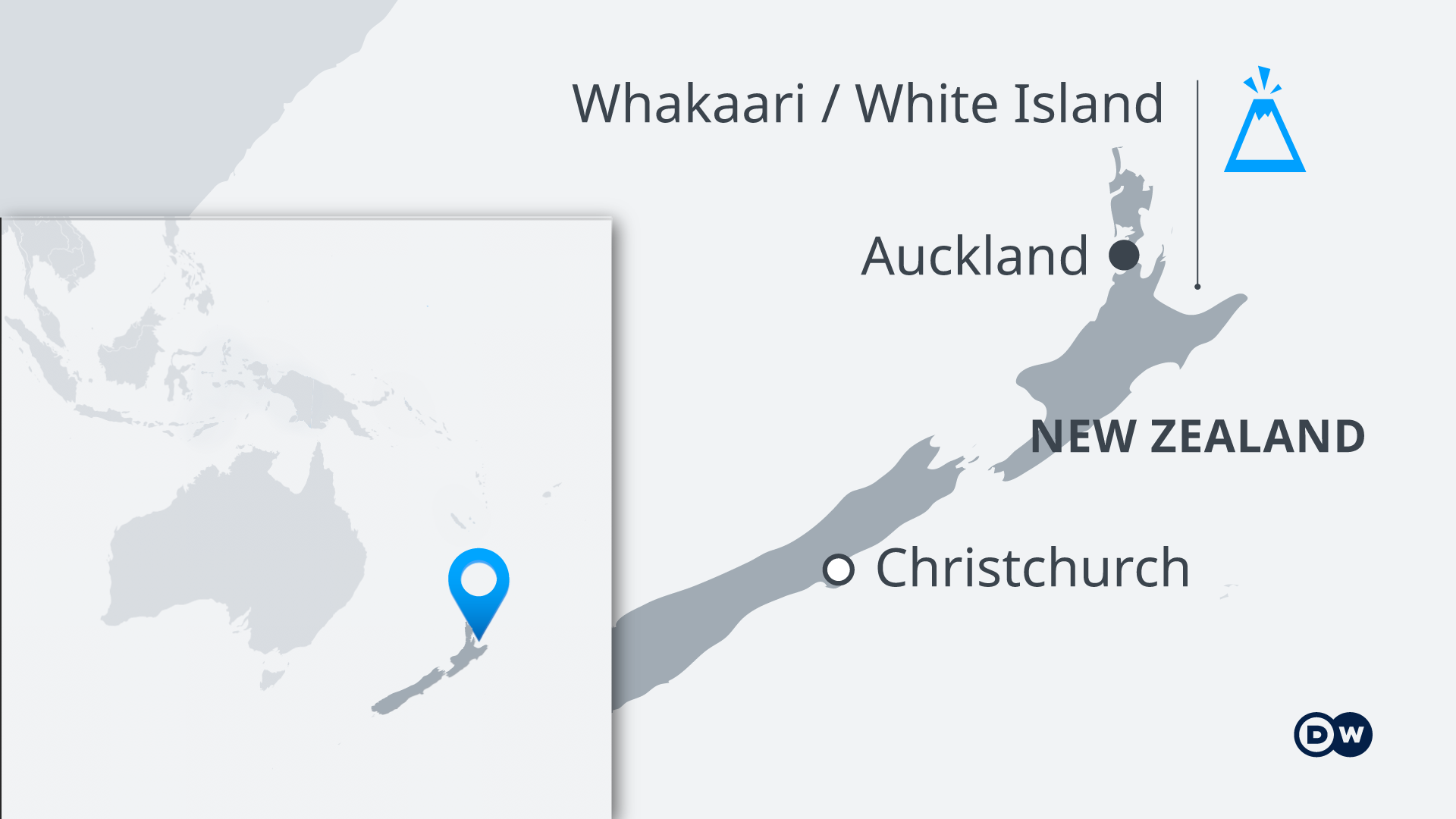 Tims said it was too early to establish how many people were trapped on the island. It was declared unsafe for emergency services to return to following a risk assessment by volcano experts.

New Zealand's prime minister, Jacinda Ardern, confirmed some of those caught up in the blast were foreigners.

"We know that there were a number of tourists on or around the island at the time, both New Zealanders and visitors from overseas."

Australia's Nine News reported 24 Australian citizens were on White Island when it erupted.

"Twenty-three people have been rescued from the island including the one who died, leaving up to possibly 27 people currently on White Island," Auckland-based journalist Carissa Paramita told DW after the first fatality had been announced.

Many of the people visiting the island were from the cruise liner Ovation of the Seas. The captain made an announcement to passengers that a group of guests and one crew member were on the island at the time of the eruption, reported the New Zealand Herald.

Footage posted on social media showed a tower of ash billowing into the air above the island. "My family and I had gotten off it 20 minutes before, were waiting at our boat about to leave when we saw it," said witness Michael Schade. 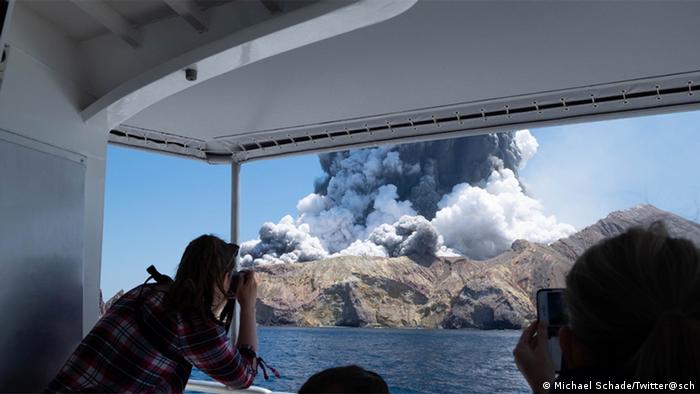 The New Zealand Defence Force (NZDF) sent assets and personnel to assist in the emergency response.

"A Royal New Zealand Air Force P-3K2 Orion aircraft has flown over White Island carrying out surveillance over the area, and two NH90 helicopters have flown to Whakatane to assist," according to a NZDF statement.

The country's Ministry of Civil Defence and Emergency Management advised people living near the affected area should consider staying indoors with windows and doors closed to limit the entry of volcanic ash. It said in a statement that the effects of the volcano can spread "many kilometres." 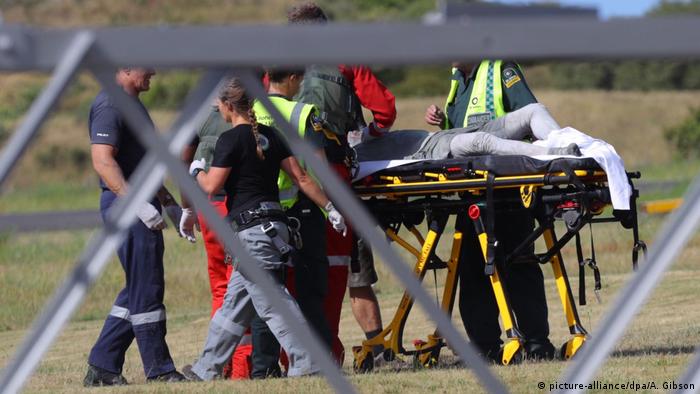 The New Zealand Red Cross activated the Family Links website for people to declare themselves safe or register an inquiry about a family member.

Ovation of the Seas is a 16-deck cruise ship owned by Royal Caribbean Cruises. It can accommodate about 5,000 passengers and has a crew of 1,500. It is docked at Tauranga on a cruise that began last week in Sydney.

White Island sits about 50 kilometers (30 miles) offshore from mainland New Zealand, and GeoNet says it is New Zealand's most active cone volcano, with about 70% of the volcano under the sea.

Twelve people were killed on the island in 1914 when it was being mined for sulphur. Part of a crater wall collapsed and a landslide destroyed the miners' village and the mine itself.

Above, a pristine blue lake filled with boaters and swimmers. Below, magma bubbles and swells. What sounds like a Hollywood plot is in fact based on new research by geophysicists in Germany. (06.02.2019)

As the planet heats up, scientists warn the dramatic seams of ice that have inspired ancient legends, Victorian explorers and modern tourists alike could all but vanish. (30.08.2018)