New Zealand Prime Minister Jacinda Ardern expressed concern after it emerged that the accused Christchurch gunman’s "manifesto" is being sold as a book in Ukraine. Ardern said the idea was "abhorrent and disgusting." 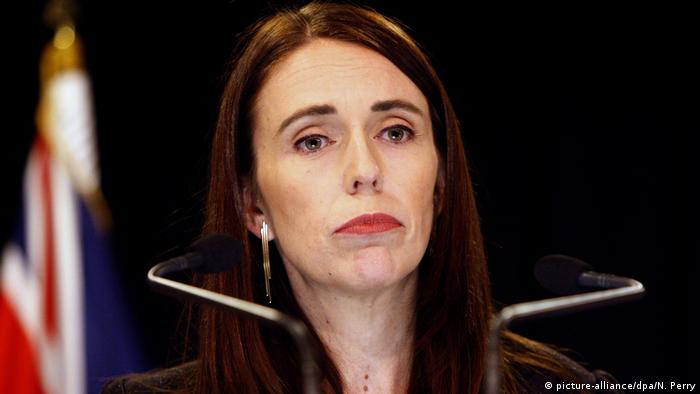 New Zealand Prime Minister Jacinda Ardern expressed concern after it emerged that the accused Christchurch gunman's "manifesto" is being sold as a book in Ukraine. Ardern said the idea was "abhorrent and disgusting."

The New Zealand premier said on Thursday that she planned to contact the Ukrainian government after the revelation that print versions of the "manifesto" written by the accused Christchurch gunman were being sold in Ukraine.

Details of the online sales were published by the investigative website Bellingcat, which found an online forum in Ukraine was selling the 87-page long translated document in a paperback format. The forum was said to openly praise the shooter, who killed 51 people in the Christchurch mosque attacks in March.

Ardern told reporters on Thursday that she was prepared to contact the Ukrainian government to express her concerns.

"It's abhorrent but we only have the ability to control what occurs within our jurisdiction. But I would have no hesitation sharing New Zealand's view with Ukraine," Ardern said in the New Zealand Herald.

The document has been classified as objectionable in New Zealand, meaning that individuals found to be distributing it in the country could face a prison sentence of up to 14 years, or a fine of NZ$ 10,000 ($6,400, 5,770 euros).

In its investigation, Bellingcat also found that a Russian version of the shooter's document was also being promoted online in Ukraine. Its biggest promoters were said to be members of a neo-Nazi group with ties to Russia and based in the capital, Kyiv.

Corrections officials in New Zealand last week apologized after it was revealed that the accused Christchurch killer had been allowed to send a letter from prison espousing "hateful" views. One of the letters was addressed to a Russian man named Alan.

"I don't think we should assume that just because an act doesn't fix everything that it's not worthwhile. The Christchurch Call will make a considerable difference," she said.

Serious questions have been raised about tech companies' ability to police extremist content after footage of New Zealand's mosque shootings was broadcast live on Facebook. The prime minister said she wants answers. (17.03.2019)

New Zealand plans to create a gun register and tighten gun licensing, among other measures. Prime Minister Jacinda Ardern said the intent of the reform was to "stop weapons falling into the wrong hands." (22.07.2019)