An 8-magnitude quake has struck off the coast of New Zealand, with authorities urging residents near the epicenter to evacuate to higher ground "immediately." 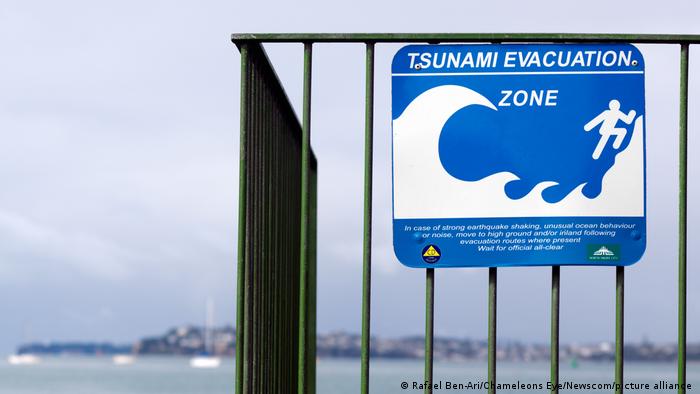 No serious damage or casualties have been reported so far

People in Northland, the East Cape and on Great Barrier Island, as well as anyone near coast from the Bay of Islands to Whangarei, from Matata to Tolaga Bay, must "move immediately" to higher ground or as far inland as possible, NEMA said.

The authority said it "expected strong and unusual currents and unpredictable surges" at the shore.

"Strong currents and surges can injure and drown people. There is a danger to swimmers, surfers, people fishing, small boats and anyone in or near the water close to shore," NEMA said in a statement.

There were no immediate reports of serious damage or casualties.

Hundreds of residents, workers, and students are fleeing to higher ground. Local authorities have advised people to walk or bike to avoid traffic congestion, as already seen in towns such as Whangerei.

The tsunami threat level for the South Island coastline is still being assessed.

As a precaution, people should consider staying away from beaches or going on a boat, the Marlborough District Council said.

Tsunami warnings across the Pacific

The agency said its assessing whether the New Zealand quake poses a threat to Hawaii.

'A long or strong quake'

PTWC had withdrawn an earlier tsunami  warning after the first quake, saying the threat had passed, but authorities renewed the warning following the second and third quakes.

The first quake struck at a depth at 20 kilometers (13 miles), about 174 kilometers (108 miles) northeast of the city of Gisborne, according to the US Geological Survey.

Following the quake, Prime Minister Jacinda Ardern posted on Instagram: "Hope everyone is ok out there, especially on the East Coast who would have felt the full force of that earthquake."

In 2011, a 6.3 magnitude earthquake struck Christchurch, killing 185 people and destroying much of the city's downtown.

Just two weeks ago, New Zealand marked the 10th anniversary of the disaster, with Prime Minister Jacinda Ardern leading a tribute to honor the 185 victims.

Earthquake preparedness: What can we learn from Chile?

Chile, which has suffered huge losses in earthquakes in the past, now consistently succeeds in saving lives. DW spoke to an official who had a big role in this achievement to find out what Chile is doing right.

New Zealand slams Australia for stripping IS detainee of citizenship