New Zealand slams Australia for stripping IS detainee of citizenship 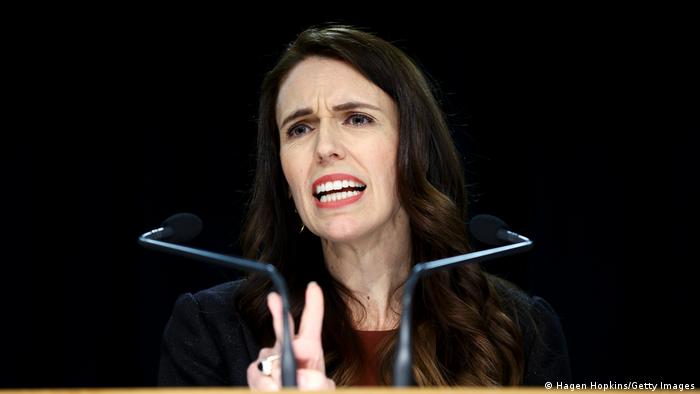 New Zealand Prime Minister Jacinda Ardern on Tuesday criticized Australia for "unilaterally" stripping the citizenship of a woman arrested in Turkey who is allegedly a member of the "Islamic State" (IS). The woman was previously a citizen of both Australia and New Zealand.

Ardern said the woman should be sent to Australia instead of New Zealand, claiming the Australian government abdicated its responsibilities by revoking her citizenship.

"It is wrong that New Zealand should shoulder the responsibility for a situation involving a woman who has not lived in New Zealand since she was six, has resided in Australia since that time, has her family in Australia and left for Syria from Australia on her Australian passport," Ardern said in a statement, adding "any fair minded person would consider this person an Australian and that is my view too."

Ardern said she has expressed her concerns to Australian Prime Minister Scott Morrison and that the two countries should be working more closely on these types of cases involving dual nationals.

In response to Ardern's remarks, Morrison said the woman's Australian citizenship was revoked automatically and that it was his job to put his country's national security interests first.

"The legislation that was passed through our Parliament automatically cancels the citizenship of a dual citizen when they've been engaged in terrorist activities of this nature," Morrison said, adding that he would speak to Ardern about the issue.

Turkish authorities on Monday said three New Zealanders had entered Turkey illegally from Syria, with one of the detainees having connections to IS.

"Three New Zealand nationals trying to enter our country illegally from Syria were caught by our border guards in Hatay's Reyhanlı district," Turkey's Ministry of Defense tweeted, adding that among those caught was a woman named S.A. who is a wanted alleged IS terrorist.

Western countries have struggled with the idea of repatriating IS detainees. Thousands of former IS members currently sit in prisons and refugee camps across Syria and Iraq.

UN urges countries to repatriate 27,000 'IS children' from Syria

Member states are reluctant to take these children due to security risks. The UN counterterrorism chief says these claims are unfounded.

Rockets struck an American airbase in the Kurdistan region of northern Iraq, killing one foreign civilian contractor. It was the deadliest attack on US-led forces in nearly one year.